About the ANA Presidency 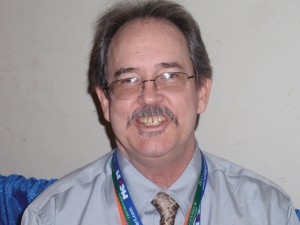 I was reading Dave Harper’s recent blog post on the Numismatic News website and learned that Mike Ellis announced that he intends to run for president of the American Numismatic Association.

Last we heard from Ellis, he resigned from the Board of Governors during the time the ANA was attempting to reach a settlement with former ANA Executive Director Larry Shepherd. According to the quote from ANA President Walt Ostromecki, “[Mike] realized he had made a mistake and chose to step down from the board.”

Not so fast…. Mike made more than just a mistake. In my previous reporting on the matter, I wrote:

According to my notes, following that blog post I was contacted by another source that not only confirmed the story but also said that Ellis did the same thing against Jeff Shevlin.

It has been confirmed by another source that Ellis was approached by the Executive Committee and ANA General Counsel Hollie Wieland about these allegations. The source said that Ellis was presented with evidence of contact with ANA staff which is a violation of ANA policy. Ellis agreed to resign from the ANA Board of Governors rather than face the scrutiny of damaging testimony that would occur during depositions. This opened the door for a settlement with Shepherd.

Although this has been reported in the past it is important to bring all facts to light since Ellis has declared his candidacy to be President of the ANA.

As part of Harper’s reporting, Ellis “objects to the role of the present legal counsel. He wants a new one.” Ellis claims, “She’s making a killing off us breathing down our neck 24/7.”

I have met and spoken with Wieland in the past (not recently). She is an attorney with an attorney’s attitude toward her client, the ANA. While there is not a lot of collective like for attorneys, I am not aware of any problems that she has created for the ANA. In fact, her ability to help unwind the ANA from the legal troubles that Ellis was likely a contributor says more about her competence.

When Ellis cites his troubles with the ANA, he mentions problems with Wieland. Given his history, there is little doubt of his contempt. However, it does not appear to be shared by the rest of the ANA.

Because of his past transgressions while a member of the Board of Governors that required his resignation, Mike Ellis should never be president of the ANA!

I had thought that current Vice President Gary Adkins would run for the president’s position. Adkins has said that he may run but has not decided. While I think Gary Adkins would make a great president for the ANA, something has to be done now.