Should the U.S. Mint Be Like the Royal Canadian Mint 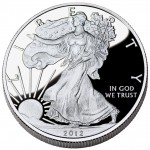 Back in July, Louis Golino wrote and article for CoinWeek asking “What Can the U.S. Mint Learn From the Royal Canadian Mint?” While I disagreed with his premise, he has two points that I have been thinking about since that article.

First, the U.S. Mint’s product offerings do not make sense, specifically in the area of coins minted at the San Francisco Mint. First, in an attempt to resolve the issues surrounding the release of the 25th Anniversary Silver Eagle Set, the U.S. Mint changes their approach by making the ordering period for the 75th Anniversary of the San Francisco Mint Silver Eagle Set a month long and announcing they will mint enough coins to the demand.

Of course some people believed that would be the extent of the run of Silver Eagles with the “S” mintmark. However, many missed the fine print that said the U.S. Mint may continue to strike and sell S mint Silver Eagles following the sale—which they did. Buried in the news was the announcement of the Making American History Coin and Currency Set, a combined set to celebrate the U.S. Mint’s 220th anniversary and the Bureau of Engraving and Printing’s 150th anniversary. The set contains an S Mint Silver Eagle and a $5 Federal Reserve Note from the Federal Reserve Bank of San Francisco with the serial number beginning with “150.”

Even though that set has limits (100,000 based on the number of $5 FRN available), there have been some complaints from the buying public about not putting limits on the number of S Mint American Silver Eagle products.

But does this matter? Is this a case of collectors trying to dabble with investment in their collection? I know we all would like our collection to be worth more than what we paid, but are we collectors or investors? As a collector, I am not concerned that my 1928 Peace Dollar is not worth that much more than I paid for it.

Legally (31 U.S.C §5112(e)), the U.S. Mint is required to supply the bullion market with American Eagle coins to demand. Striking of coins for the collector market is up to “the Secretary’s discretion,” which we saw with the American Eagle Proof non-production fiasco of 2009.

The American Eagle bullion coins are the most popular investments coins in the world with Canada’s Maple Leaf coming in a close second because of currency exchange rates. Even as the Canadian dollar passes the U.S. dollar in value, American Eagles are still selling. The demand for the product is there and by law, the U.S. Mint is required to supply the demand. There is even demand for the collector versions of the American Eagles, as we saw in 2009. The U.S. Mint does not have to limit sales, and why should they? After all, the U.S. Mint is one of the few profit making mechanisms for the federal government—and even with the price controls placed on them by the law, why should they not be allowed to take advantage of the market? If a complaint about the government is that they do not act like a business, and it is a business decision to sell more American Eagle collector products to satisfy market demand, then why are they being criticized?

The Royal Canadian Mint produces the popular Maple Leaf bullion coins as well as other issues based on the Maple Leaf and other precious metal coins. They can do this because the RCM is not a government agency. The RCM is what is known as a “Crown Corporation,” legally owned by the Crown of the Commonwealth Realm (Queen Elizabeth II) with exclusive rights to produce coins on behalf of the Bank of Canada. Issues and designs are decided by a committee within the RCM which is then approved by the Bank of Canada so that they have legal tender status before being approved by the Governor General of Canada, the Queen’s representative in Canada.

Since the RCM can issue many different non-circulating legal tender (NCLT) coins without the onerous permission requirements that the U.S. Mint needs to go through by getting a law passed, the RCM can create many limited availability issues and use the limited availability as part of their promotion. In the mean time, the U.S. Mint has a limited number of coins they can produce because this is what congress has allowed them to do.

Golino writes, “We need more coins with different and better designs.” This one is difficult to answer because of how the U.S. Mint is regulated by congress. Even if you try to extend the American Silver Eagle coins with different design, the law (31 U.S.C §5112(e)) says the design must be “symbolic of Liberty on the obverse side” and “of an eagle on the reverse side.” Maybe the U.S. Mint could use the American Silver Eagle coins to reprise old designs like the Christian Gobrecht’s Seated Liberty design with the reverse eagle designed by Titian Peale from the Gobrecht Dollar, but to create something else requires an act of congress.

Even if the U.S. Mint was allowed to alter the designs of the American Eagle coins, these designs have to be vetted by the U.S. Commission of Fine Arts and the Citizens Coinage Advisory Committee. While a vetting process should continue, the redundant process of having to run the designs by both the CFA and CCAC is a business risk that the U.S. Mint will probably choose not to go through.

There is no incentive for the U.S. Mint to request a change in its current operating structure because it would require cooperation from congress where the current oversight subcommittee chair, Ron Paul, is not considered a friend to the the agency.

As a first step, it would be nice for the U.S. Mint to be able to leverage the American Eagle program to create a changing design for collectibles. One would be to revive some of the older one-dollar designs as a tribute to the large silver coins. Another would be to do the same for gold coins, such as a year where the Bela Lyon Pratt incuse half-eagle Indian Head design would be featured. But this would require a change in the law since the obverse design is not a representative of liberty.

Until such legislation can be created and passed through congress, the U.S. Mint can change packaging, create products with the Bureau of Engraving and Printing, and has even created products with the U.S. Postal Service (see the State Quarters and Greetings from America products). Even if some think the products are contrived, like the Making American History Coin and Currency Set, this is what the law allows the U.S. Mint to do.

If you want something different, write to your member of congress and suggest that the law be changed. Otherwise, if you do not like the offering, do not buy it. Nothing speaks louder than consumers exercising their rights not to buy a product.