With the announced retirement of Secretary of the Treasury Timothy F. Geithner, President Barack Obama nominated his Jacob Joseph “Jack” Lew, his current Chief of Staff, to be the next Secretary.

One of the responsibilities of the Secretary of the Treasury is to be one of the signatures on the United States’ Federal Reserve Notes. By convention, the Secretary’s signature is on the right side of the front of every note. Since the Bureau of Engraving and Printing began producing the Series 2009 Federal Reserve Notes, a signature of Tim Geithner has adorned the currency. However, we have recently learned that Geithner changed his signature to be more legible.

Should Lew be confirmed by the Senate, which is very likely, he will provide his signature to the engravers at the BEP so that it would replace Geithner’s. Based on past practices, the new Lew-Rios notes would become Series 2009A.

This is not Jack Lew’s signature on a Hostess Cupcake

What has been noticed is that Lew’s autograph is different from any of the past Secretaries. His signature is a series of loops that has been charitably called the “Lewpty Lew” or compared to icing decoration on the Hostess Cupcake.

After hearing how Geithner changed his signature when providing the BEP with currency samples, there are some that want Lew not to change his autograph and have the “Lewpty Lew” appear on United States currency. Between now and February 8, 2013, there is a petition on the White House website to Save the Lewpty-Lew and have Jack Lew’s autograph loops appear on U.S. currency.

If you would like for Jack Lew to add his loops to U.S. currency and not try to make it legible, you can weigh in and sign the petition on the White House website! 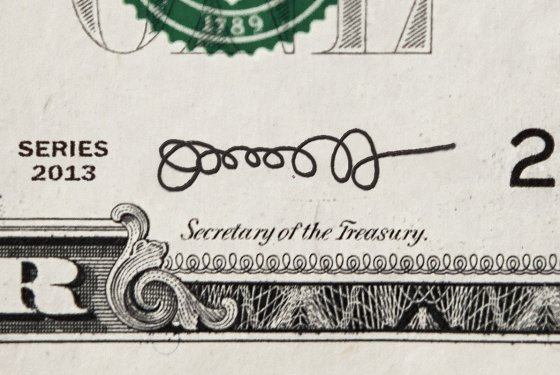