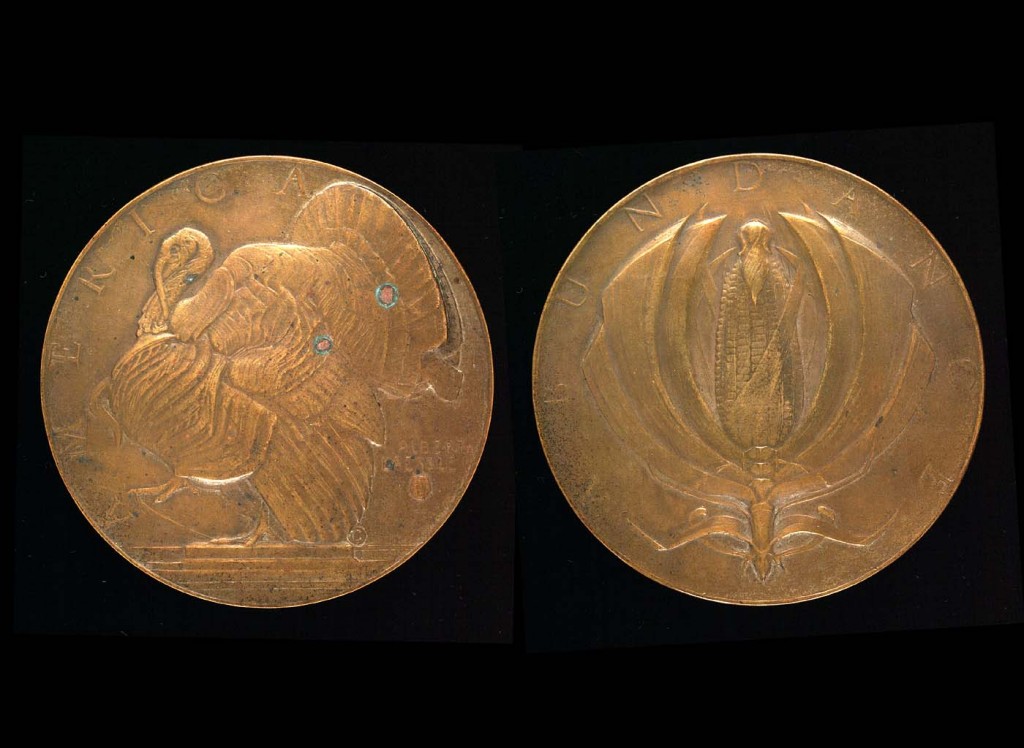 American Abundance designed by Albert Laessle and issued in 1934

After arriving in the New World in 1620, the Pilgrims celebrated their first harvest in 1621. The three-day even was attended by 53 Pilgrims and 90 Native Americans that lasted three days. The tradition of giving thanks for successes was a tradition that the Pilgrims brought with them from England. This three-day celebration in 1621 is considered the first Thanksgiving.

As part of his attempt to maintain the union, President Abraham Lincoln issued a proclamation that made Thanksgiving Day a national annual event on the last Thursday in November beginning in 1863.

In 1947, the National Turkey Federation has provided the President of the United State with one live turkey and two dressed turkeys. President Harry Truman is credited with pardoning the first turkey in 1947 but it did not become a tradition until President Ronald Reagan started in 1987 and continued by President George H.W. Bush in 1989. Since 1989, the pardoned turkeys have lived the rest of their lives at Frying Pan Park in Herndon, Virginia. Those pardoned by President Obama have gone to live at George and Martha’s old place in Mount Vernon, Virginia.