He did it his way!

Born in Hoboken, New Jersey, Sinatra never graduated high school having been expelled for not being a good buy. While working as a riveter and delivering newspapers, Sinatra used to sing for tips—something he had done since he was eight years old. Eventually, Sinatra began signing at local clubs in Hoboken before becoming a professional singer in the 1930s.

Sinatra was a troublemaker throughout his career. Starting with his break-up with the Hoboken Four and subsequent disagreements with Tommy Dorsey, Sinatra went in the 1040s and the beginning of World War II as a capable musician but not liked amongst his peers. Although he was classified as 4-F for military service (“Registrant not acceptable for military service” by the draft board) because of a perforated ear drum, many active-duty entertainers and journalists hated that he flaunted his lifestyle while many were serving, even if they were just entertaining or acting as clerks without the fame or glamor.

The best is yet to come, and wont that be fine
You think you’ve seen the sun, but you ain’t seen it shine

The 1950s brought Sinatra a series of hits that well lasted into the 1060’s. He was becoming known as one of the best crooners and was name “Top Male Vocalist” by Billboard, Down Beat, and Metronome magazines in 1957. His 1959 hit “High Hopes” lasted 17 weeks on the Hot 100 charts and remains a staple in children’s shows.

Sinatra was a his acting stride in 1960 when he starred with Dean Martin, Sammy Davis Jr., and Peter Lawford, the original “Rat Pack,” in Ocean’s Eleven. He appeared in 17 more movies until 1970. After 36 years in show business, Sinatra announced his retirement in 1970.

Of course he made a comeback playing concerts and making guest television appearances. Sinatra also sang for songs that appeared in movies and later appeared with other artists in duets. He was one of the recipients of the 1983 Kennedy Center Honors with Katherine Dunham, James Stewart, Elia Kazan, and Virgil Thomson.

Sinatra’s last public concert was held in Japan in December 1994. The last time he sang for an audience was at a private part for the closing night of the Frank Sinatra Desert Classic golf tournament in February 1995. He ended the show singing “My Way.”

After that show he began reducing his appearances and stopped appearing publicly following a heart attack in February 1997. He died in May 1998 following a second heart attack at Cedars-Sinai Medical Center at 82 years old.

Frank Sinatra courted controversy throughout his life. Although a later release of FBI files showed he had almost no ties to organized crime, Sinatra embraced that controversy in order to overcome his own insecurities and to gain acceptance and access to what was then mob-controlled Las Vegas, where he saw great success. In fact, the Gaming Hall of Fame inducted Sinatra as a member in 1997.

And now, the end is near
And so I face the final curtain
My friend, I’ll say it clear
I’ll state my case, of which I’m certain
I’ve lived a life that’s full
I traveled each and ev’ry highway
And more, much more than this, I did it my way. 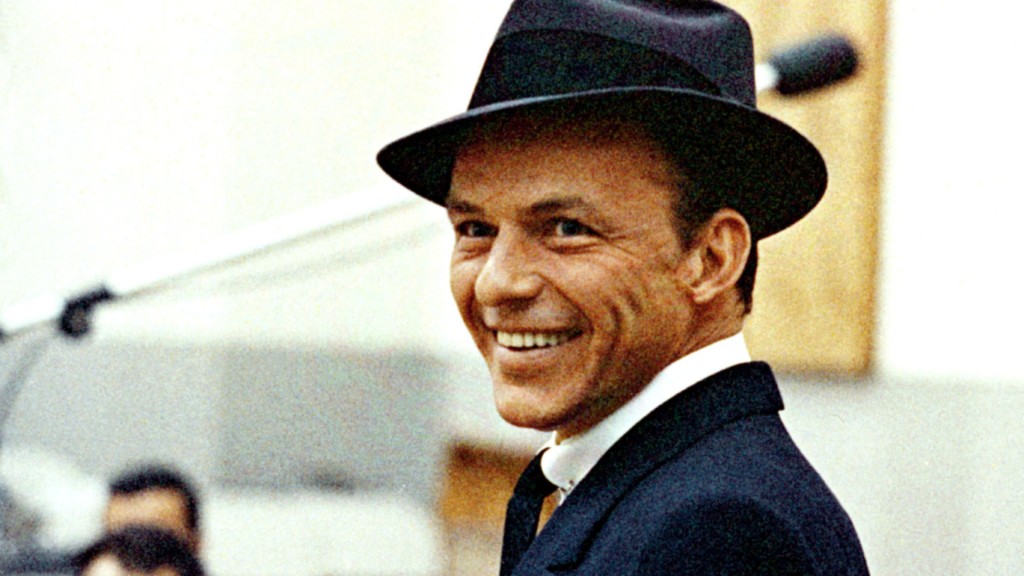 77th Birthday coin courtesy of Deans and Franks.com. Scroll down this page to find this coin for sale on their site.
Hobo Nickel by AG can be found on this page.