Most of the time I do not like repeating press releases or reporting on press releases. Press releases are written by or for the company issuing them. By design, they are written so that the announcement shows the company in a good light. I would rather use the product and report about it based on my own experience. But I am going to make an exception because of the long term implications.

Whitman Publishing issued a press release to announce the release of the first volume of the Whitman Encyclopedia of Mexican Money, by Don and Lois Bailey. The first volume of a planned four-volume series starts the series with an overview and history of Mexican coinage and currency covers pre-Columbian money to the colonial era, the independence movement, revolutions, modern coinage reforms, commemorative programs, and silver, gold, and platinum bullion.

Created by: Albert Pick Pick was a German notaphilist who developed a cataloging system for currency

Created by: Leroy Van Allen and George Mallis Developed by the authors in 1965 to catalog die varieties of Morgan and Peace dollars

Significant in the announcement is that this book introduces the cataloging of Mexican coinage with the Bailey-Whitman numbering system. The press release called this a comprehensive cataloging that is cross-referenced to “older systems.” Although I have not seen the actual book, page scans sent by Whitman as part of the press release shows that the older cataloging system being cross-referenced is the Krause-Mishler (KM) numbers used in Krause Publications’ Standard Catalog of World Coins.

Those of us who study and collect foreign coins have come to rely on KM numbers to help identify coins. The KM system has not only been unable to keep up with the proliferation of modern non-circulating legal tender coins (NCLT), especially from Canada, but is severely lacking when it comes to cataloging varieties.

Aside from omissions, the Standard Catalogs are riddled with errors that sometimes are never corrected. In the case of the Standard Catalog of World Paper Money, which is also known as the “Pick” catalog since it is organized by Albert Pick’s numbering scheme, it is so riddled with problems that Owen Linzmayer has produced his own catalog with better pictures and details called The Banknote Book. In fact, you can buy the book as a four-volume set or individual chapters representing different countries. I highly recommend Linzmayer’s books over all others. Go to banknotenews.com to learn more.

While I am not a collector of Mexican money, the sample pages provided by Whitman make the book look very compelling. It is difficult to review a book based on selected sample pages from the publisher, but it looks like something that could be used as a model for similar treatment of other countries. It would be nice to see similar books for Canadian, English, and Chinese coins.

If Whitman continues and provides comprehensive catalog information for other coins, it will be good for the industry. Between Whitman and Owen Linzmayer’s work, it should force Krause to fix their issues and provide better and more complete information to the collector. As we know, the more you know about your collection the better you enjoy collecting. This is why competition is good! 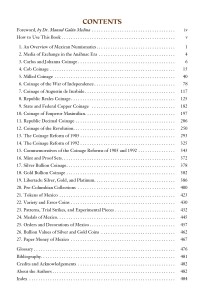 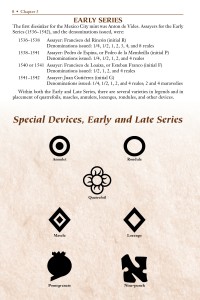 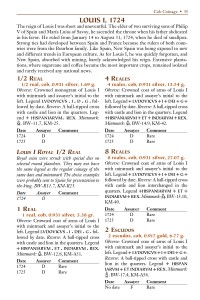 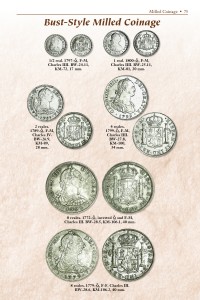 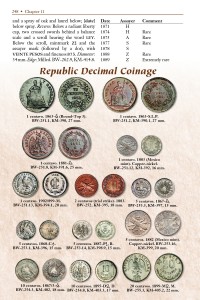 Click on any image to see the larger version.
All images courtesy of Whitman Publications.