Mrs. Lincoln, the president is dead 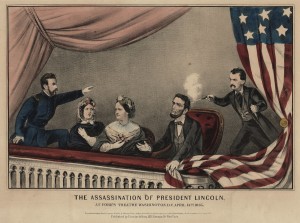 As Doctors Charles Leale, Charles Sabin Taft, Albert Taft, two soldiers who are anonymous to history, and William Hall carried the bleeding body of the president out of Ford’s Theatre, they saw Henry Safford in front of William Petersen’s boarding house waiving the crowd to bring them across to the street. It rained that evening as they brought Lincoln into the house and laid him diagonally on a bed in a first floor bedroom.

Joining the crowd in the room was Surgeon General of the United States Army Joseph K. Barnes, his assistant Charles Henry Crane, Lincoln’s personal physician Dr. Robert K. Stone, and Dr. Anderson Ruffin Abbott the first Black Canadian to be a licensed physician. With Barnes in charge, the examination and treatment proved beyond the capabilities of the medical arts of the time. By 7:22 AM on April 15, 1865, Abraham Lincoln, the 16th President of the United States of America had succumbed to his injuries.

While every president faces their shares of challenges, Abraham Lincoln was challenged with the morality of slavery and the breaking apart of the republic before it reached its 100th anniversary. He was so concerned about keeping the nation together that not only did he have Union troops shoot at what he considered fellow Americans, but he broke laws and violated the constitution in order to keep the country going.

Lincoln is remembered for his debates with Stephen Douglas, the Emancipation Proclamation, Gettysburg Address, his second inaugural address, the Civil War, the Homestead Act, three revenue-based (taxation) acts, and the National Banking Act that lead to the creation of the Bureau of Engraving and Printing. Aside from being the first president assassinated, there are other aspects of his presidency that is not widely discussed. Lincoln was known for either not enforcing laws he did not like or over enforcing laws to silence critics. While he did not condone a lot of the brutality especially from Generals Sherman and Grant, he did not condemn them either. Some historians suggest that his appointment of the young General George B. McClellan after the loss at the First Battle of Bull Run was to use him to manipulate the strategy to be more brutal against the Confederacy.

In a move that would have had any modern president excoriated, Lincoln ignored a writ of habeas corpus issued by Supreme Court Chief Justice Roger B. Taney. Lincoln became incensed with Taney after he authored the controversial Dred Scott v. Sanford decision that Lincoln highly disagreed with. Following the writ, Lincoln and his cabinet ignored Taney, a move that hurt him in many ways. Taney died miserable and poor after a long illness blaming Lincoln for his decline. 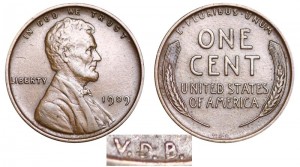 Even with these blemishes on his record, Abraham Lincoln is the second-most celebrated and honored president. For his accomplishments, Theodore Roosevelt listened to immigrant artist Victor David Brenner to honor Lincoln on a coin. As part of Roosevelt’s “pet crime,” a portrait of Lincoln design by Brenner has appeared on the one-cent coin for 117 years. Lincoln has also appeared on the reverse of the 2013 Illinois state quarter, as part of the depiction of Mount Rushmore on the 2006 South Dakota quarter, and the 2010 Lincoln presidential dollar. 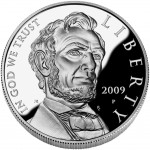 At one time there was a trivia question as to the only United States coin with a presidential portrait of a president on both sides of the coin: the Lincoln Memorial cent. If you look carefully in the memorial on the reverse, you can see the statue of Lincoln in the memorial making it the only coin of its time to have this distinction.

Aside from appearing on the current $5 Federal Reserve Note, Lincoln has appeared on notes of 10 different designs and denominations including the fourth issue 50-cents fractional note, $10 Demand Note, $500 Gold Certificate, and a $1 large size silver certificate.

In honor of Lincoln, spend at least one of those little copper-coated zinc cents remembering that if it was not for him, that coin might not have existed.