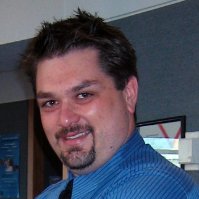 Just before the World’s Fair of Money, I learned that Jake Sherlock was leaving the ANA Headquarters to take his talents to a new level. You might have seen Jake at the National Money Show or World’s Fair of Money working to help the ANA run those shows smoothly. But Jake has been behind the scenes working to help the ANA keep in touch with its members.

Jake is not a computer person. He said that his background is in communications and public relations. But in that job, he was put in charge of the website. He was not a computer person in the way that someone like me has had an over 30 year career in computers. Jake was given the job because he was there and probably could spell “computer” faster than any other person.

Considering what the Technology Committee found when we began to look at what was available in Colorado Spring, the job Jake had done in keeping those systems together were nothing short of amazing! Even though the site had problems (not his fault) and various attempts to fix it had problems (definitely not his fault) and the pain in trying to provide extended web-based services was a bit disconnected (absolutely not his fault), you would never know that Jake’s first job was not in computers.

While a lot of people have helped with the transition to the new ANA website, Jake has to be singled out for knowing and understanding the processes that helped integrate the new services with the ANA headquarters. I am sure that some will point out the bumps in the road during the initial transition, it went a lot smoother than other integration efforts that I have been involved with in my long career in the computer business. I believe that everyone involved with the transition will credit Jake with success of the transition.

I would like to thank Jake Sherlock for his service to the ANA and hope he is successful in this next step in his career!