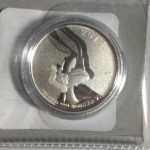 Back in October I wrote about the Royal Canadian Mint’s “$20 for $20” series of .9999 pure silver coins being sold with a face value of $20.00 in Canadian funds. A few weeks after that post I bought the Bugs Bunny and Superman silver coins.

Even though both coins were ordered at the same time, they were shipped separately. Packaged in plain envelopes with a nondescript United States address, the Bugs Bunny coin arrived four weeks later and the Superman coin arrived 10 days later. It appears like the Royal Canadian Mint is either mailing them from the United States or using a fulfillment center to do the mailing. In either case, shipping was free!

Coins are placed in a plastic capsule, which I hope is archival safe, with that capsule placed in a clear plastic envelope. The envelop is “sealed” with a sticker and then glued to the card. The card has the information about the coin in both English and French. All of the extra paperwork was added to the Superman coin, but that was inconsequential to the presentation. 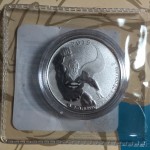 Before you go unleash yourself on the costs, remember that the $10.74 “markup” also includes manufacturing and packaging costs, shipping, and license fees the Royal Canadian Mint has to pay to Warner Brothers.

Growing up watching Bugs Bunny on television on the weekends and the reruns of the The Adventures of Superman after school starring George Reeves makes these a special collectible.

These are also struck coins without color enhancements. Although the texture is similar to that of the U.S. Mint’s enhanced uncirculated coins, as sculptured works of art, they are very accurate images and beautifully made.

It may be too late to buy these for a holiday present, unless you put an “I.O.U.” in the box. Maybe if you are near the Royal Canadian Mint facility in Ottawa you can check out their physical storefront. You may want to call ahead before making the trip expecting to find these coins. 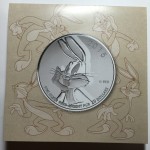 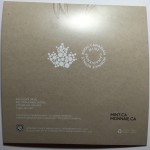 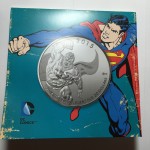 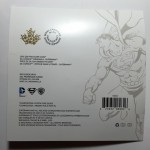