Sacagawea on the new $20 designs 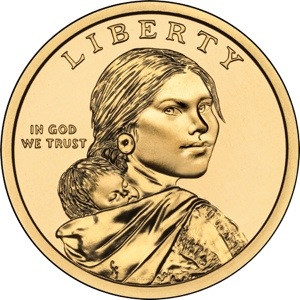 Last month, Secretary of the Treasury Jack Lew announced a series of design changes that will occur on United States currency. These changes will be phased in over 10 years to coincide with the production schedules in place currency redesign.

I will go into the more details of the changes at a later date, but during my travels around the interwebs I came across a television news report from KIFI, the ABC affiliate in Fort Hall, Idaho. Although it is like every other news story it has one feature that no other news outlet was able to add to their story: an interview with Randy’L Teton.

Randy’L Teton is a member of the Shoshone-Cree tribe who was the model for Glenna Goodacre’s design for the Sacagawea dollar coin. Teton was a student at the University of New Mexico majoring in art history and was working for the Institute of American Indian Arts Museum in Santa Fe when Goodacre visited looking for Shoshone woman to be her model since no images of Sacagawea exist. Teton was chosen for as the model.

For anyone who has not seen or heard Ms. Teton, here is the video of KIFI’s report: