It’s not an error but should be 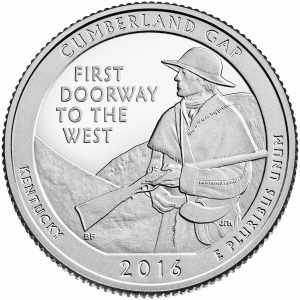 Revere of the 2016 Cumberland Gap Quarter

What would you consider the difference between artistic license and just getting it wrong? This may be a question we could put to the Citizens Coinage Advisory Committee and the U.S. Commission of Fine Arts who did not pick up on a mistake in the design of one of the America the Beautiful Quarters.

The artistic error was found by a member of my local coin club who also participates in re-enactments from the Revolutionary War era. Since he is acquainted with the how items from that period look, he told fellow club members about his find.

While looking at the quarter celebrating the Cumberland Gap National Historical Park in Kentucky he noticed something was wrong. A careful examination of the gun shows the flintlock is mounted on the wrong side.

During that time, since most people were right-handed or learned to shoot with their right hand on the trigger, the flintlocks were placed on the right side of the stock. Doing so allowed the flash created by striking the flint to be guided away from the shooter. If the flintlock was placed on the left, the flash would fire into the shooter causing injury.

Manufacturing technology was very different prior to the industrial revolution. Parts were either case manually with molds or formed one at a time where speed was important, especially to satisfy a government’s order to arm soldiers. It would be impractical to alter the basic mechanism for the majority of guns made. Left-handed guns were custom projects that only the wealthy could afford. A frontiersman would not be the type with the means to purchase a custom made gun with a left-handed flintlock. 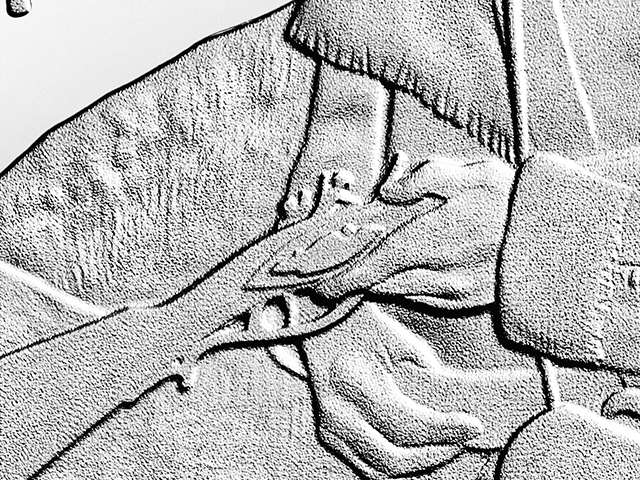 Closeup on the backwards flintlock on the Cumberland Gap Quarter 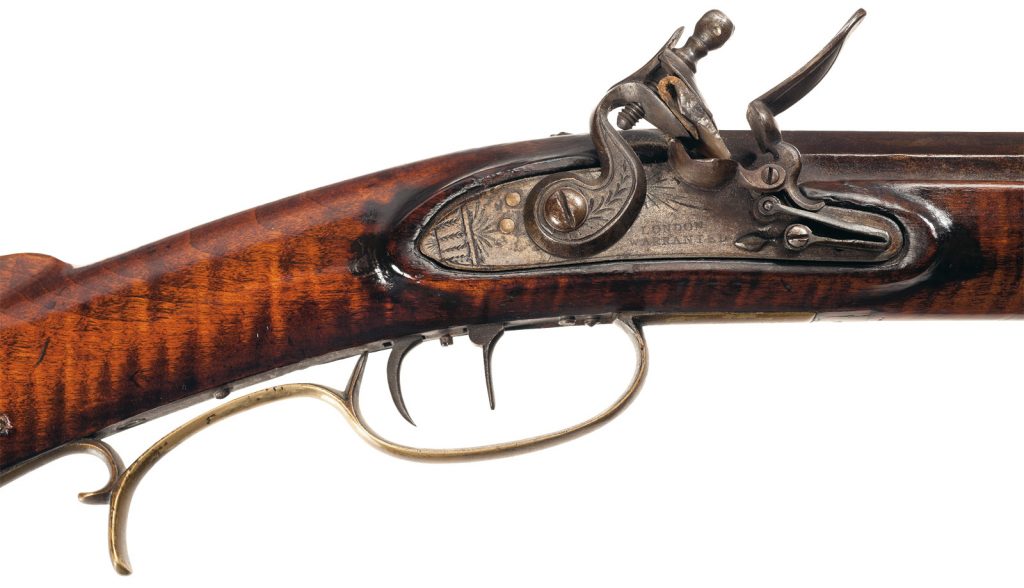 Closeup on the flintlock of an M. Martin Flintlock Kentucky Rifle

Further, look how the frontiersman is holding the gun. He is not cradling the gun with the trigger nearby so that he can fire if necessary. The butt, or stock of the gun is extended forward and the barrel pointed backward. Someone suggested that the perspective on the flat coin may make this look different but think about it, how would you hold the gun if you were standing on a ridge looking westward over an untamed landscape?

Although I did not have the eye or knowledge to pick up on this mistake, surely one of the specialists on the CCAC especially the one appointed to the commission who is a specialist in American history. I do not expect much out of the CFA since their specialties are not really fine arts since the majority of their work deals with the aesthetics of buildings, facades, and fencing around the District of Columbia.

There are 11 members of the CCAC and seven in the CFA and not one of them noticed any problems with this image? If they are allowing historically inaccurate images on United States coinage, then what is their purpose?