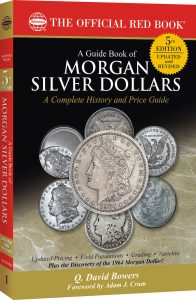 That explosion you might have heard was the collective minds of the numismatic community when it was revealed that a 1964 Morgan Dollar exists, or at least once existed.

The press release issued by Whitman Publishing for the new fifth edition of A Guide Book of Morgan Silver Dollars, by Q. David Bowers, that included the following paragraph:

The pricing, text, and certified population data in the fifth edition have been edited and updated. New research covers counterfeit error coins and other topics, including a numismatic bombshell: recent discoveries and photographs revealing the previously unknown 1964 Morgan silver dollar. (emphasis added)

Whitman included an image of the cover as part of its promotion of the book and features this coin. Its grey matte appearance with some flatness on Liberty’s face gives the appearance of a circulated coin.

No other information has been provided. 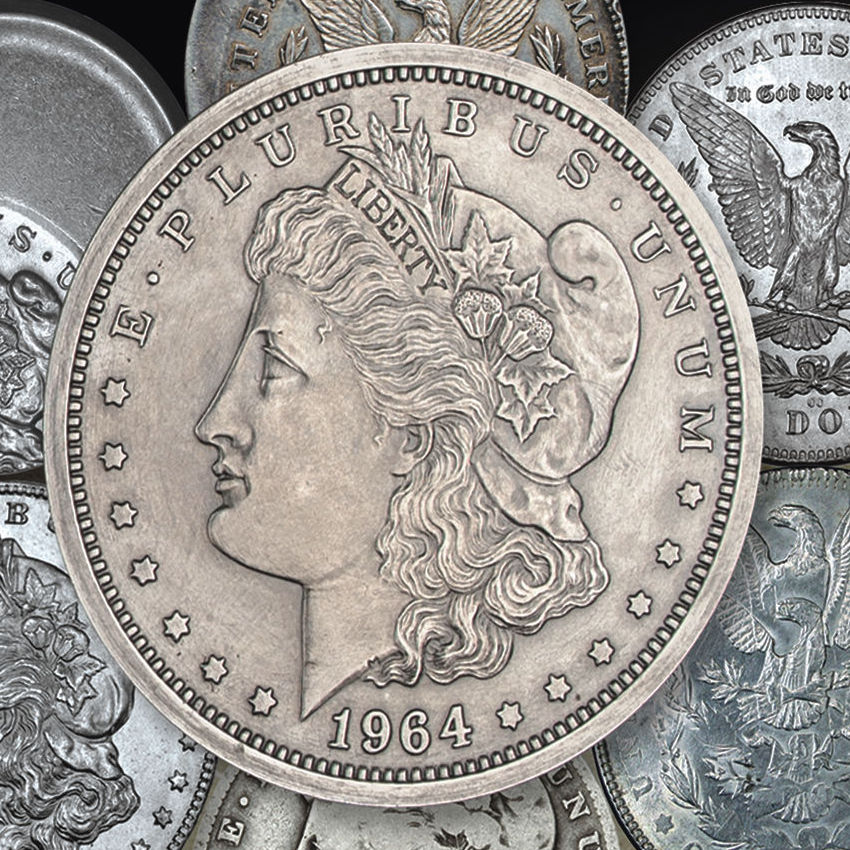 Close-up of the alleged 1964 Morgan Dollar from the cover of A Guide Book to Morgan Silver Dollars 5th Ed. by Q. David Bowers

Without seeing the evidence that is published in the book, the condition of the coin can lead one to question its authenticity. If the coin was a trial or experimental strike that coincides with the striking of the 1964 Peace Dollar, then should the coin appear uncirculated?

What if this coin was part of a rogue like the 1974-D Lincoln cent struck on an aluminum planchet? Did it really exist as a legitimate coin?

We will find out on September 27, 2017 when the book is scheduled to be released to retail outlets (or preorder on Whitman’s website). Until then, we are left to wonder if this is legitimate or a great fish story to sell books?