What’s in your pocket?

During the busy week, I will empty my pocket of change and place it on my dresser. When it gets too piled up I will see if there is anything worth a further look before dumping them into a nearby container. After a year, the container is emptied and the proceeds go to charity. But that is after I search for anything interesting.

When I pay by cash, I pay using currency and pocket all of the change so that I can see what I find. Most of the time I am able to pick out items that require further examination when the change is handed to me. Those coins are put in another pocket for later. This week there was little time. Projects have to be completed and it is almost time for football season. No time to waste.

After four days, I did not think there would be much until the single layer started to grow higher. It was time to scoop them into my jar when I started to nice that a nickel did not look right on first glance. It looked worn but it was a nickel. After looking closer the date said 1902. It is a fairly beaten up 1902 Liberty Head “V” Nickel with scratches and what looks like was once graffiti scratched into the reverse. This coin is so bad off that I do not think the third-party grading services would encapsulate it even for a low-grade registry set! 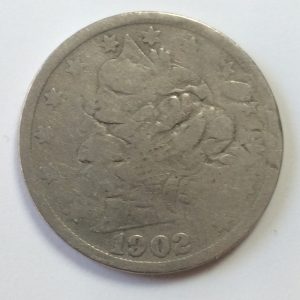 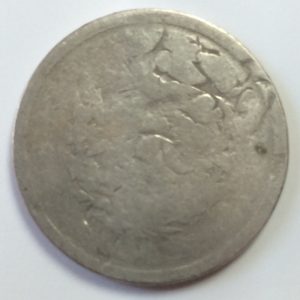 This nickel might be the oldest coin I have found in circulation that wasn’t copper.

My next find was interesting because I figured it out before looking closely. Of all the Jefferson nickels, the easiest ones to pick out are the wartime silver nickels. Wartime nickels have a different colored toning than the regular copper-nickel alloy. These coins do not contain any nickel. They are made of .350 silver, .560 copper, and .090 manganese. Without the nickel to keep some semblance of shine the wartime nickels will tone to a distinctive dark silvery gray. If graded G-4 the coin is worth about $1.20 which is not bad considering its silver value is $1.04! 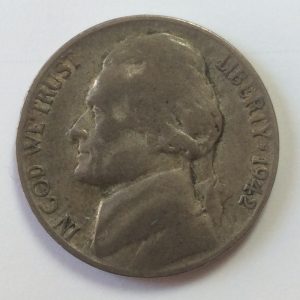 A 1942-P Jefferson Wartime Nickel from a pocket change find 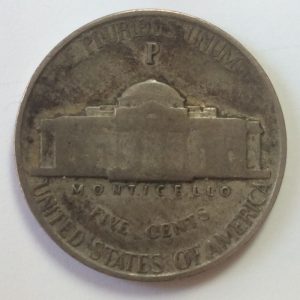 The final find was also easy to identify even before a more careful look. Peaking out from under another coin was the clear sign of an acid date Buffalo nickel. An acid date Buffalo nickel is a coin that had its date restored using a chemical acid, although in this case it looks like the date was worn down after the acid treatment. The distinctive mark left by the chemical can be seen even though the date has worn away again. 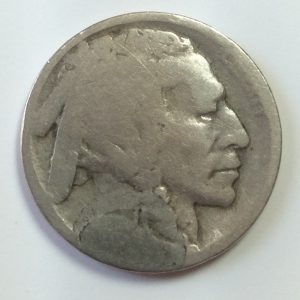 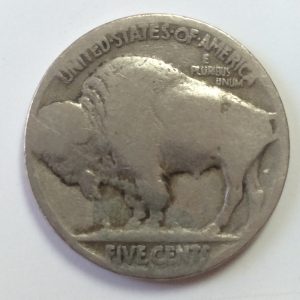 Reverse of dateless Buffalo Nickel from a pocket change find

Other than the nickels I continue to find wheat-back cents. I seem to average one per week. This past week I found four with the oldest being a fairly common 1919 cent that looks like it has been well used and cleaned. 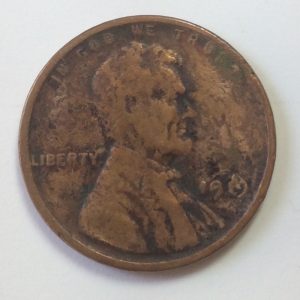 A 1919 Lincoln Cent from a pocket change find 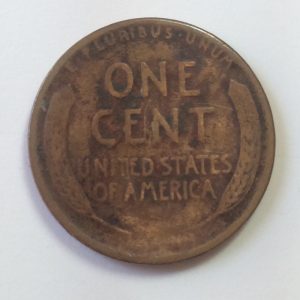 A 1919 Lincoln Cent (reverse) from a pocket change find