Is a new grading system needed? 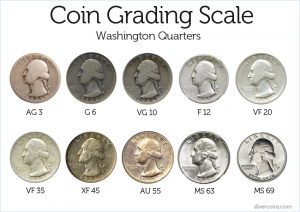 Over the last few years there have been many numismatic writers who have taken to their keyboards to complain about the state of coins grading. Aside from your intrepid blogger there was a series of articles that appeared in Coin World by Q. David Bowers. In his articles, Bowers notes that even though the American Numismatic Association grading standards have not changed in quite some time, coins in older holders usually are graded higher today than they were when originally graded.

One area where this is hurting the hobby is when trying to buy coins using online auctions. In a less than scientific study, I have noticed that while looking for a specific coin that coin once graded by the Professional Coin Grading Service in their old green holders (OGH) tend to sell at a price half-way to what it would be if it was the next grade higher. Coins in older Numismatic Guarantee Corporation holders sell close to a similar price.

Part of the problem is with the concept called market grading. Rather than looking at the coin and determine the technical state of preservation, the grading services take that grade and try to rank it within the market of similar coins. In the mean time, they participate in forums that teach technical grading without explaining market grading.

Could there be a better way? On the CDN Publishing Blog is a post by Rick Snow suggesting a different type of grading system based on a 15-point technical scale. Coins would be graded on a 0-5 scale for the condition of the planchet, state of the die as struck, and the strike. In this notation there would be no “Full Bands,” “Full Head,” or similar designations. Those coins would receive a strike score of 5. If that Jefferson nickel does not show all six steps, then the strike would be a 4. A final column would be a color designator with either a percentage of color loss from the original strike or RD (red), RB (red-brown), or BN (brown) for copper coins.

Rather than seeing a grade like XF, AU, or MS and trying to figure out why the coin received the grade, a coin would receive a grade like:

The “Qualifier” would be the sum of the factors for the planchet, die, and strike.

It is an interesting idea especially for the current bullion coins. Honestly, can anyone really tell the difference between an American Silver Eagle graded MS69 versus one graded MS70? Yet, just because a grading service can allegedly tell the difference, there could be a two-to-three times difference in the price. However, I wonder if those coins were cracked out of their holders and resubmitted would they maintain their grades?

Could you tell the difference if they were not in the holders? 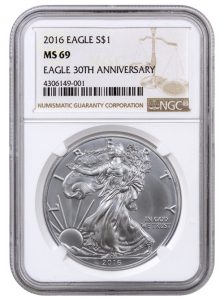 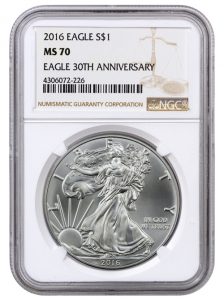 Although the grading services claim that they are doing what is best for the hobby, they are for-profit corporations that has to satisfy a market that seems to be more interested in the plastic and the label than the coin it holds. Even these verification services are for-profit corporations that has owners and investors to answer to. One is even into “market making” by doing arbitrage-like trading of its own stickered coins. This type of market making questions their independence because it appears that they are using their influence to drive up the price of those coins.

Would this type of grading be better for the hobby by providing the collector with more information? Is there an alternative that would fix the current system? Or is the current system just fine? Read the article on the CDN Publishing Blog and leave comments there and/or here!