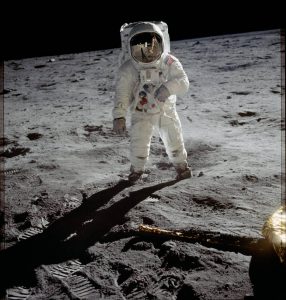 Under a motion to suspend the rules and pass as agreed, the House of Representatives passed by unanimous consent the Apollo 11 50th Anniversary Commemorative Coin Act (H.R. 2726) during an afternoon session on December 5, 2016.

Apollo 11 has to be one of the top defining events of the 20th century. It captured the imagination of not only the United States but the world in a way nothing else could. Landing on the moon and having the Neil Armstrong, Buzz Aldrin, and Michael Collins safely return to earth using the technology of the day was a feat beyond imagination. And getting there before the blasted Soviets after they beat us into space for quite a number of years was also a big deal during the Cold War.

Now that the bill has passed, it is formally enrolled and signed by the Speaker of the House. It is sent to the Senate for their consideration. Hopefully, Majority Leader Mitch McConnell (R-KY) will put it on the schedule and get this passed without issue.

In case you forgot, here is what the bill requires for the Apollo 11 commemorative coins:

I am saving my pennies. I want a complete set!