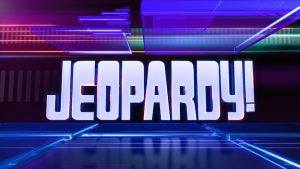 (contestant buzzes in) “What is the Treasury?”

Alex: No, sorry. Anyone else?

This was the last of the quarter-finals of the Jeopardy! College tournament. One would think that even if you were not in tune with the working of the U.S. Mint like we collectors that the word “coins” would be a big enough clue. At least one person had the right department!

It’s the weekend and the weather is warming here. I won’t get into a “get off my lawn”-like rant!