Canada Day, or Fête du Canada in the French-speaking areas, is Canada’s version of Independence Day. It celebrates the enactment of their Constitution on July 1, 1867. The Constitution Act of 1867 brought together Ontario, Quebec, Nova Scotia, and New Brunswick to create the Dominion of Canada. As a Dominion then an independent member of the Commonwealth Realm, Canadian history is a bit different from that of the United States but as interesting.

This year, Canada celebrates its 150th Anniversary. Joining in the celebration, the Royal Canadian Mint has been issuing many collector coins with various themes for collectors to celebrate. One of the most talked about coins is the circulating $2 coin called “Dance of the Spirits” that features the Northern Lights that glow in the dark. 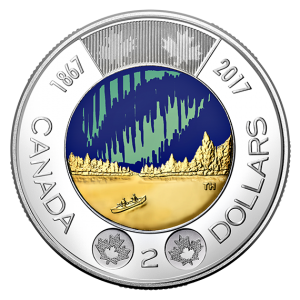 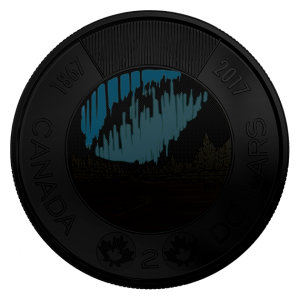 Collectors can purchase a 5-coin set of uncirculated Canada 150 circulation strike coins in a special folder from the Royal Canadian Mint for $19.95 CAD (currently $15.39 USD). For those who want the full set of uncirculated coins, the complete 12-coin set is available for $34.95 CAD ($26.95 USD). 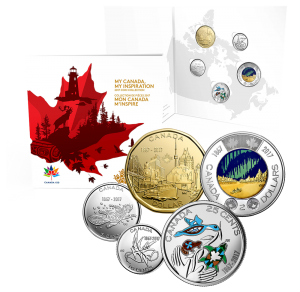 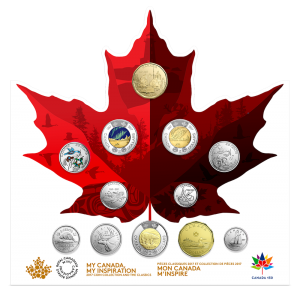 HAPPY CANADA DAY!
From your friends in the United States
Credits