Design of the 2018 Breast Cancer Awareness Commemorative Gold Coin was announced today on Fox 5 New York featuring interviews with New York Rep. Carolyn Maloney (D), the sponsor of the authorizing legislation (Public Law 114-148) and Myra Biblowit, President of the Breast Cancer Research Foundation, the organization that will receive whatever is collected from the surcharges.

No additional details were provided including the name of the winning designer or whether the silver dollar and clad half-dollar will have the same design.

Here is the video segment from “Good Day New York:” 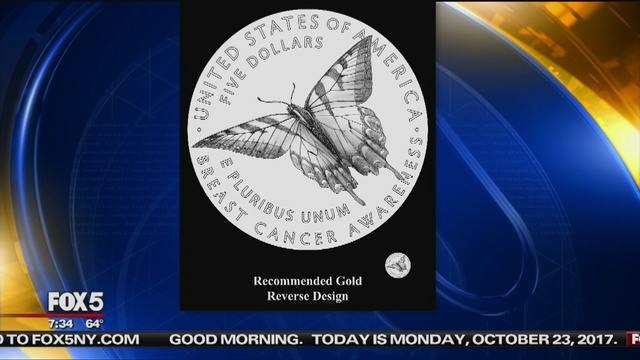 Pink gold can be more commonly described as “rose gold.” Rose gold is an alloy of 75-percent gold with 20-percent copper and 5-percent silver. The color can be adjusted by changing the ratio of copper and silver.