Thoughts on this weekend’s Whitman Expo

Whitman Expo came to Baltimore this weekend to fill up three large halls in the Baltimore Convention Center. Like every Whitman Expo, dealers come from all over making it a must-attend east coast destination.

I was able to attend on Friday afternoon. It was not for long because I had to work half of the day. But it is always worth the trip.

Travelling to Baltimore on Friday is different than going on Saturday. First, the traffic between the Washington metro area and Baltimore is heavier. The traffic in Baltimore is also heavier especially on I-95 going through the city. And parking is a little more expensive because you compete with the business parking of downtown Baltimore. Someday, I will take the light rail that stops between the Convention Center and Camden Yards.

During a short visit to a show like Baltimore you either have to have a concise strategy or whatever objectives there are will not be fulfilled. This time I had no objectives and spent a lot of time talking with people.

Over the years I have met a lot of dealers and others while walking around I wanted to visit with some of these people. I also got to meet with one of the long-time readers of the blog. Bob is a frequent correspondent who came down from New Jersey on Amtrak to also visit the show. It was good to meet Bob and put a face on the real person behind the emails. 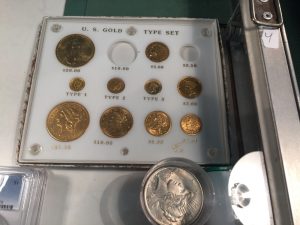 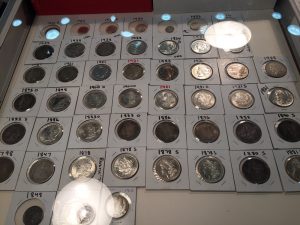 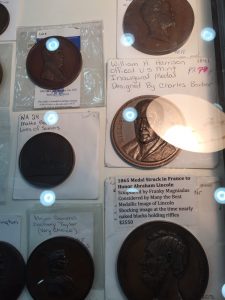 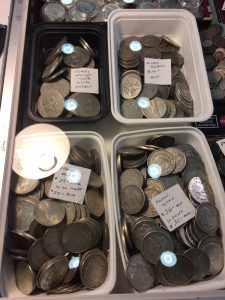 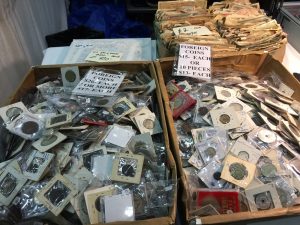 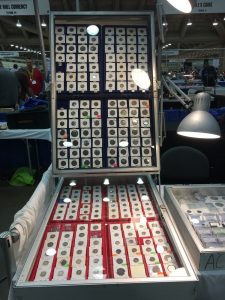 During the short time I spent on the bourse floor I learned a few things about the market:

Another interesting aspect of the show is the number of non-numismatic items for sale. There were two dealers whose cases contained only jewelry. Most of the jewelry were quality items and estate pieces but I was surprised there were two dealers whose inventory was exclusively jewelry. A few dealers I have seen in the past also had cases of jewelry. One said that the rings he was selling were an accumulation of many years and found that the market was more receptive to the jewelry. 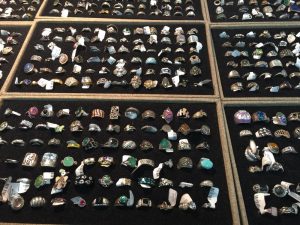 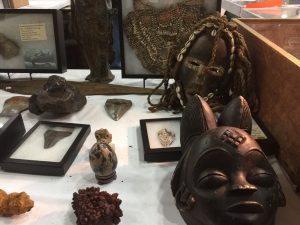 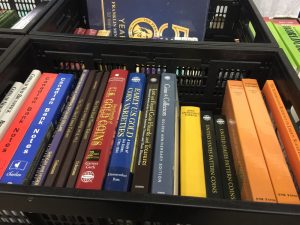 In addition to the jewelry, a dealer was selling used music compact discs (CD) and another had African artifacts including a beautiful silver necklace. Some of the currency dealers also had historical papers, letters, ledgers, and other ephemera that only has a tangential tie to numismatics.

Last week I asked how dealers would respond to the market. It looks like some dealers have turned to inventory diversity and including non-numismatic collectibles. If it helps bring in more collectors, it might be a good move.