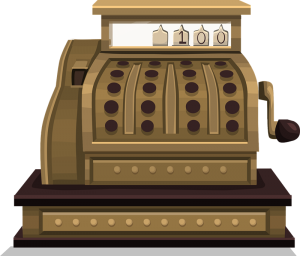 Here we go again. Another story about how one country is starting to go cashless and the pundits crawl out of the woodwork saying that the United States should do the same.

There are a lot of reasons why this will not happen in the United States. One of the biggest reason is the overall economic impact that can affect the actual strength of the U.S. dollar as the world’s reserve currency.

The strength of the U.S. dollar is based on the (relative) security of our government and that the Gross Domestic Product (GDP), the measure of all goods and services produced within a country. According to The World Bank 2016 data (the latest available), the United States has the largest economy with a GDP of over $18.6 trillion. Sweden, the world’s 22nd largest economy, has a GDP of over $514 billion. Their economy is 2.76-percent the size of the United States’s economy.

It is the difference between dumping a bucket of water versus draining an Olympic-sized pool.

But wait, you exclaim, the United States already has an economy that is already electronic and should be able to follow suit. According to the Federal Reserve Bank of San Francisco, based on 2016 data, 31-percent of all transactions are made in cash. Most of the cash usage, 60-percent, are for transactions of $10 or less with lower income people preferring cash over middle and higher income consumers.

When we are not using cash, we are using cash equivalences such as debit cards and pre-paid debit and credit cards. Credit-related purchases account for approximately 20-percent of all transaction.

Cash is not going away anytime in the near future which means that the U.S. Mint and Bureau of Engraving and Printing will continue to produce collectible numismatics for quite some time.

Cashing out? Why notes and coins may become a thing of the past in Sweden

At a public toilet in a shopping centre in Gothenburg, a struggle is taking place between old and new Sweden. Last year, the the shopping centre installed cash-free toilets, forcing customers to pay with their mobile phones – a process new to most.

South African Reserve Bank subsidiary, the South African Mint, has announced new collectables product ranges that will appear in the global coin market this year, including the ‘Celebrating South Africa’ series, which will commemorate the life of former President, distinguished Statesman and global icon Nelson Mandela.

The coin, dubbed the Jewelled Phoenix, was crafted from 99.9 per cent pure gold and inset with 1.22 carats of rare, natural fancy pink diamonds from Rio Tinto’s Argyle diamond mine in Western Australia.

Where and when you can get your Paddington Bear 50p coin

FOR 60 years, generations of children have grown up with the lovable, marmalade-eating bear, created by the late Michael Bond. But now, it has been announced the Queen has ordered a batch of specia…

Japan’s government has unveiled designs for 5 commemorative coins for the 2020 Tokyo Olympics and Paralympics.

CHANDIGARH: When the collection of original Sikh coins is available at half the price in the open market, the Punjab Government has paid lakhs of rupees to a private firm just for minting duplicate coins.

JIM THORPE — Jim Thorpe Neighborhood Bank on Broadway was very busy with customers looking to get the latest Native American $1 coin. Take a closer look and you’ll see why. The coin has the face of the borough’s namesake etched into it —  Jim Thorpe. "We actually heard about it at another store that they were getting coins issued for Jim Thorpe. It was very enjoyable to find out so we decided to walk down and come over here to the bank," said David Knarr, Hellertown.

Kitco News' Weekly Gold Outlook recaps how the week's events affected the gold market, and where expert analysts think the metal is headed next. Every Friday, get an in-depth look into the metals space and see how experts see the fundamentals set up gold in the week ahead.

THERE’s a new 50p coin causing a stir with collectors.