In the more than 12 years of writing this blog, I never thought I would be writing about the pending death of one the great east coast shows. However, given the what I saw this past weekend and having discussions with what few dealers I could have, it is now time for Whitman to either fix the Baltimore Expo or get out of the coin show business.

First and foremost, if you are going to have a three-day show and open to the public on Sunday, then you should have more than 22 dealers across three convention center halls. After being stunned by the number of empty tables when I arrived at 12:30pm on Sunday, I counted the number of dealers that were still selling. There were 22 tables with dealers still selling while another six were packing, including one across from the entrance.

The view standing between Halls B and C at 12:30pm in the Baltimore Convention Center for the March 25, 2018 Whitman Expo

These numbers do not count the Whitman and U.S. Mint booths.

A dealer near the entrance is someone I know and have bought from in the past. When I complained about the lack of dealers he said, unapologetically, that I should have been there earlier. While this dealer is not known for having a warm-and-fuzzy personality, he does carry an interesting inventory and can be an interesting person to talk with on occasion. However, how dare he question my ability to attend? According to Whitman, the show is open 10am until 3pm on Sunday. At 12:30pm I expected more than 22 dealers!

There is a difference between “limited” and 22 dealers!

The view standing in the middle of Hall A at about 1:15pm in the Baltimore Convention Center for the March 25, 2018 Whitman Expo.

Usually, I look forward to attending the show in Baltimore. I can always find something interesting and talk with a lot of interesting people. It makes the hour-long shlep worth the trouble. But when there was nothing available that I wanted and I spent more on parking and gas than I did at the show, then it was a waste of my time.

When Whitman bought the show it looked like they would work to build it up and keep it a first-class show. Unfortunately, it seems as if Whitman has abandoned their mission and may be on the verge of dying because of its neglect. It is clear that the competence they had before is not there now.

Unless Whitman can fix the problems and make it something that even a late attendee can get something out of, they may have lost this proponent and customer.

I did buy something

I cannot leave a show without buying something. There was one dealer with tokens who was really eager to sell. Since I cannot pass up a chance to search for tokens related to New York, here are the more interesting items I purchase: 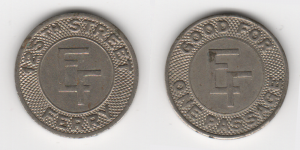 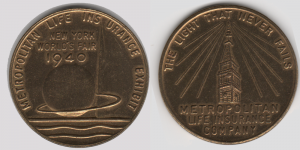 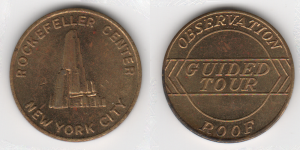 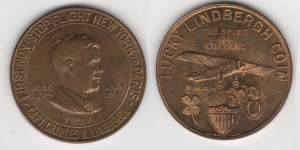 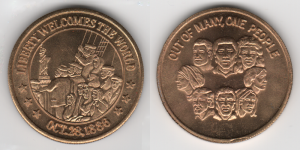 I did find one item that I bought because it was intriguing and I want to learn more about the backstory. The next image is a button with the portrait of the late Theodore Roosevelt and the legend that says “Women’s Roosevelt Memorial Association.” As a fan of our 26th President (and fellow New Yorker), I did not know this group existed or what they do. When I find out more I will post what I learn. In the meantime, it is an interesting button! 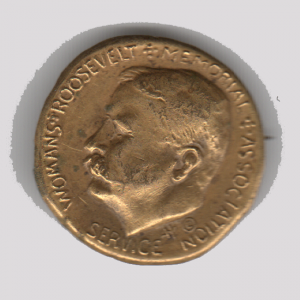