Catching up on my reading

This week’s silence was not because I had nothing to say—that would be an anomaly! As part of starting my new business and becoming more organized, I realized how far behind I am in my reading.

Over the course of time, I kept buying books I want to read and let them pile up as other things got in the way including the feeling of obligation to read periodicals because of their timeliness.

The online periodicals are easier to deal with. Right now, I only subscribe to one magazine and The Numismatist for electronic reading. Both seem to get priority over printed items.

I decided that I will set aside one hour each evening before bedtime to catch up on my reading. I started with a non-numismatic book because it has been sitting here the longest and the topic is intriguing. For those interested, I am reading Tesla vs. Edison: The Life-Long Feud that Electrified the World by Nigel Cawthorne (ISBN: 9780785833789). Tesla was a better scientist but Edison was a better businessman.

Next, I will delve into a numismatic book. One that has been sitting on my desk that is really calling my name is Counterfeiting and Technology by Bob McCabe (ISBN: 9780794843953).

While starting and studying my collection of Maryland colonial currency, I learned that the leaf print on the reverse of early notes was an attempt to prevent counterfeiting. Benjamin Franklin devised the nature print, an imprint of a leaf or other natural item with its unpredictable patterns, fine lines, and complex details made it more difficult to copy. (Read more about it here)

Not only have I written a lot about the problems with counterfeiting coins and currency, but I also wrote a six-part series about how to detect counterfeits (start with the first post here).

Ironically, the most read blog post is “How easy is it to pass counterfeit currency,” a post that I wrote after an experience with an iodine pen. 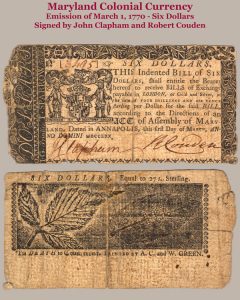 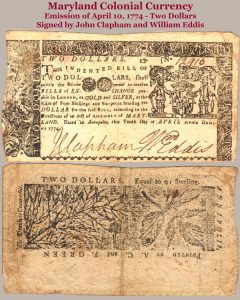 On first glance, the 480 book looks well researched with a list of a lot of supporting materials. Like most of Whitman’s books, the layout includes a lot of illustrations. What piques my interest is that it does start with colonial currency, the area where my interest in the top began.

After I read about the technology that Tesla pioneered that is still the basis of a lot of what we use today, like the induction engine (used to drive the automobile that bears his name) and the concept of transmitting electricity without wires (see modern-day wireless chargers), then I will dive into the world of counterfeiting.

After note: In memorial…

This post about reading was inspired by the passing of former First Lady Barbara Bush. Mrs. Bush was passionate about literacy and would encourage everyone to read, regardless of age and ability. Without fanfare, Mrs. Bush and the foundation she started made sure literacy was a priority in the lives of everyone she touched.

In 1966, Aaron Feldman placed an advertisement in The Numismatist that read, “Buy the book before the coin.” Although Feldman was trying to entice readers to buy books, it is a sentiment that has survived the test of time and continues to thrive.

Later, Feldman was quoted as saying. “I’ve always thought that if a man doesn’t own one coin, but has the knowledge that is in the books, then he’s a real numismatist.” I am sure this is something that the late First Lady would endorse.