The Platinum American Eagle coins were an addition to the American Eagle bullion program to satisfy the needs of the domestic platinum mining industry. Work to create the program began in 1995 with Platinum Guild International Executive Director Jacques Luben working with Director of the United States Mint Philip N. Diehl and American Numismatic Association President David L. Ganz to pursue the appropriate legislation.

As with a lot of legislation, it was added to an omnibus appropriations bill (Public Law 104-208 in Title V) passed on September 30, 1996. Since the bill was necessary to keep the government functioning, it was signed by President Bill Clinton that same day.

The first platinum coins were issued in 1997.

The reverse features a bald eagle soaring above the earth with a rising sun in the background. It was designed by Thomas D. Rodgers Sr. The reverse also includes the weight of the coin and its denomination. 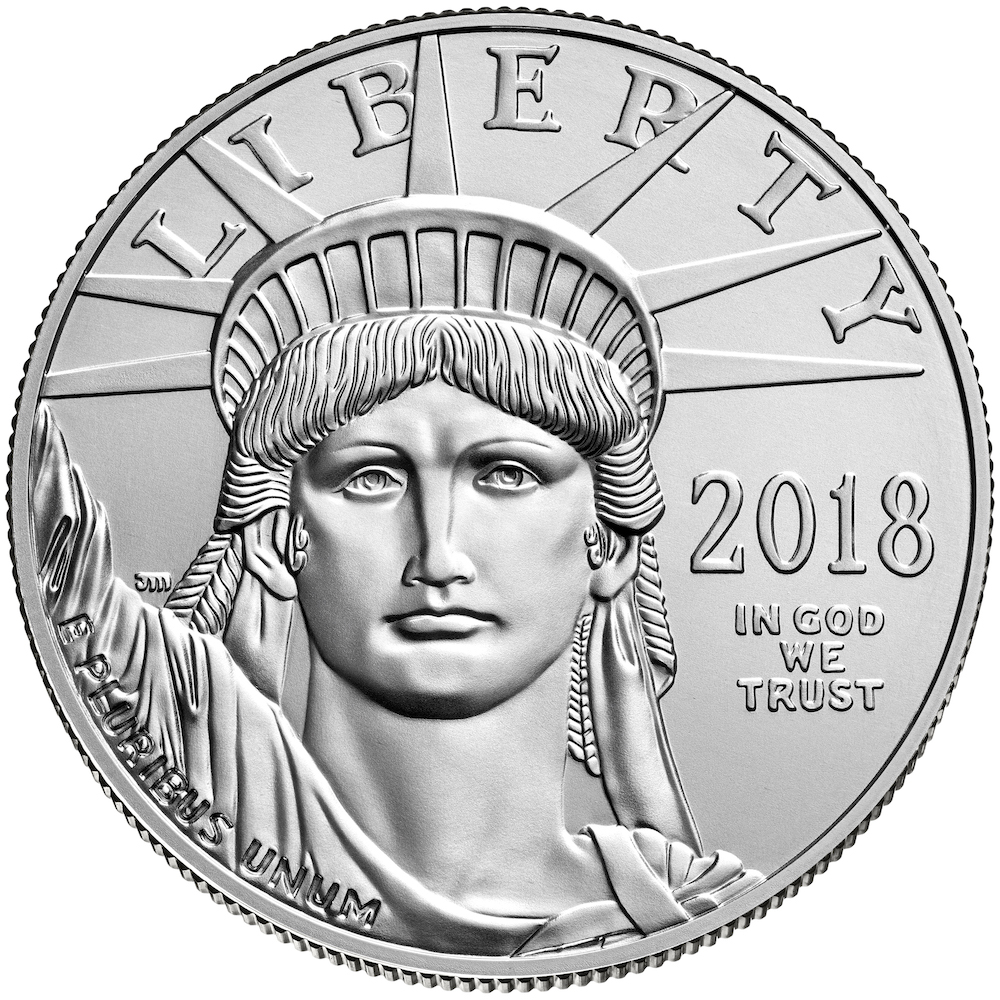 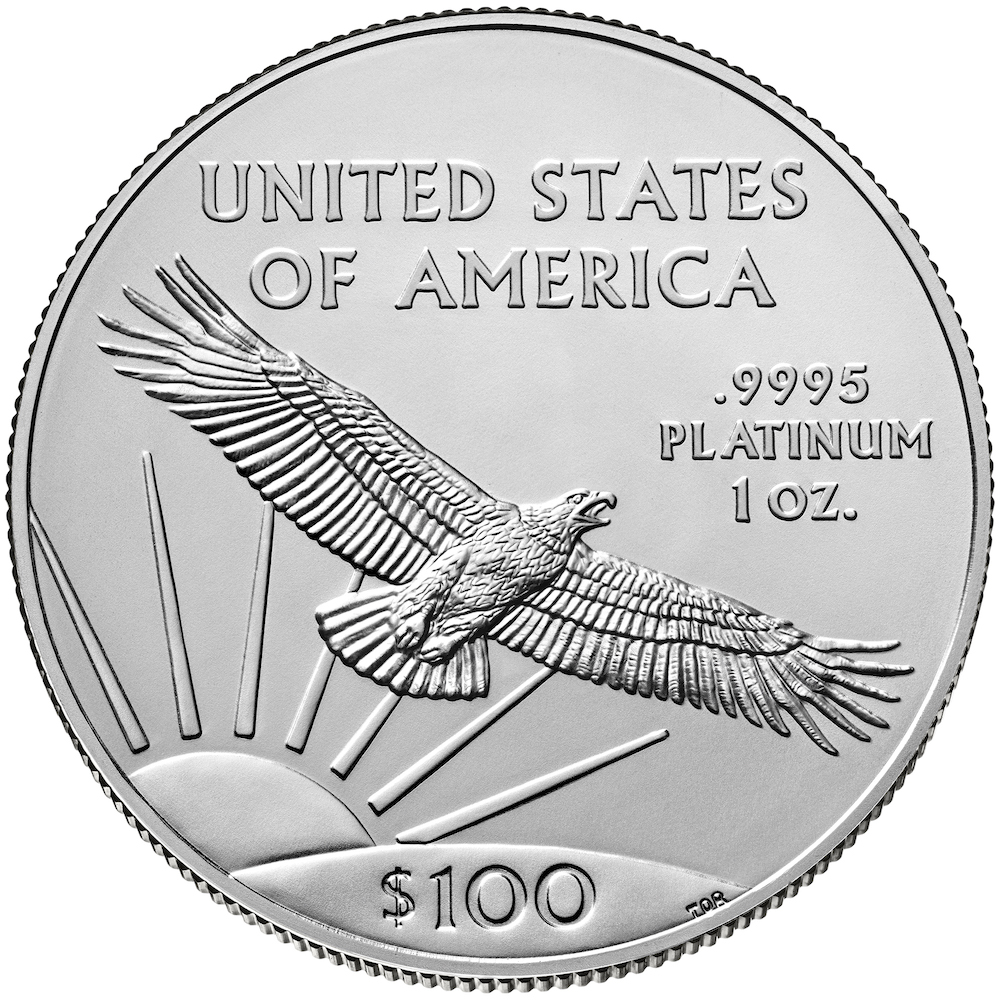 Reverse of the original American Platinum Eagle and still used on the bullion coins was designed by Thomas D. Rodgers Sr.

The reverse designs of the proof coins were by different artists and discussed below.

American Platinum Eagle Coins are offered in four different sizes with each size being of different legal tender face value. The different coins are as follows:

Each coin is made from .9995 platinum. The composition is comprised of 99.95% platinum and 0.05% of an unspecified metal, likely copper. American Platinum Eagle coins are produced so that each size contains its stated weight in pure platinum. This means that the coins are heavier than their pure platinum weight to account for the other metals in the alloy.

The American Platinum Eagle program produces bullion and collectible coins. The bullion coins can be stuck at any branch mint but does not have a mintmark. Bullion coins are sold in bulk to special dealers who then sell it to retailers. They are struck for the investment market.

Although some people do collect bullion coins there are not produced for the collector market. As with other investments, American Platinum Eagle bullion coins are subject to taxes when sold and may be held in Individual Retirement accounts. Please consult your financial advisor or tax professional for the tax implications for your situation.

Bullion coins of all four weights were struck from 1997-2008. Beginning in 2014, the U.S. Mint has only struck the one-ounce $100 American Platinum Eagle for the bullion market.

In addition to the changing designs, the U.S. Mint sold uncirculated coins with a burnished (satin) finish using the design of the business (bullion) coins were struck 2006-2008 at West Point in all four weights.

The collector American Platinum Eagle may be one of the most under-appreciated series of coins produced by the U.S. Mint. Since its introduction in 1997, the U.S. Mint has produced four series of proof coins with the reverse honoring different aspects of the nation with plans for two more beginning in 2018 and 2021.

What distinguishes these coins are the well-executed reverse designs that few get to see or pay attention. It may be difficult for the average collector to consider collecting these coins because of the price of platinum has been either on par or higher than the price of gold. Also, platinum is not as well regarded as gold or silver as a precious metal causing it to be overlooked.

Following the proof coins issued in 1997 with the design used on the bullion coin, the reverse design has featured the following themes: 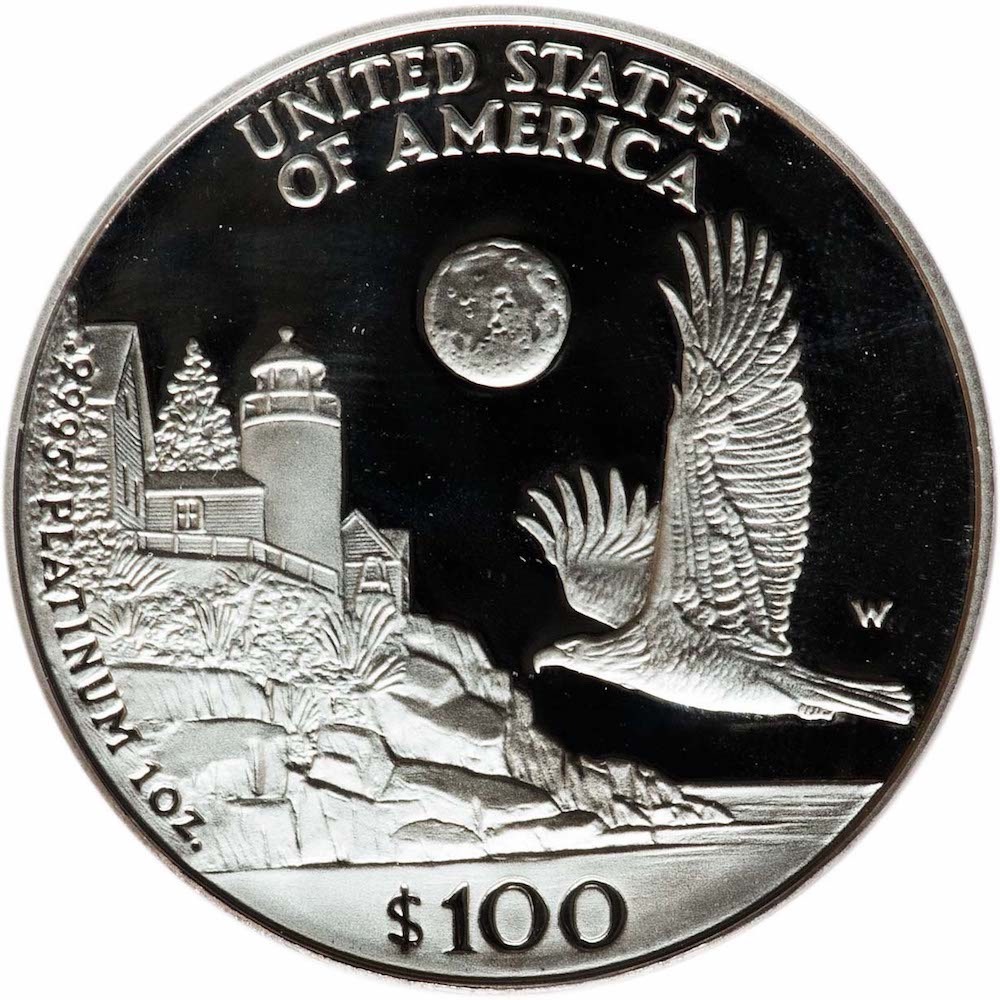 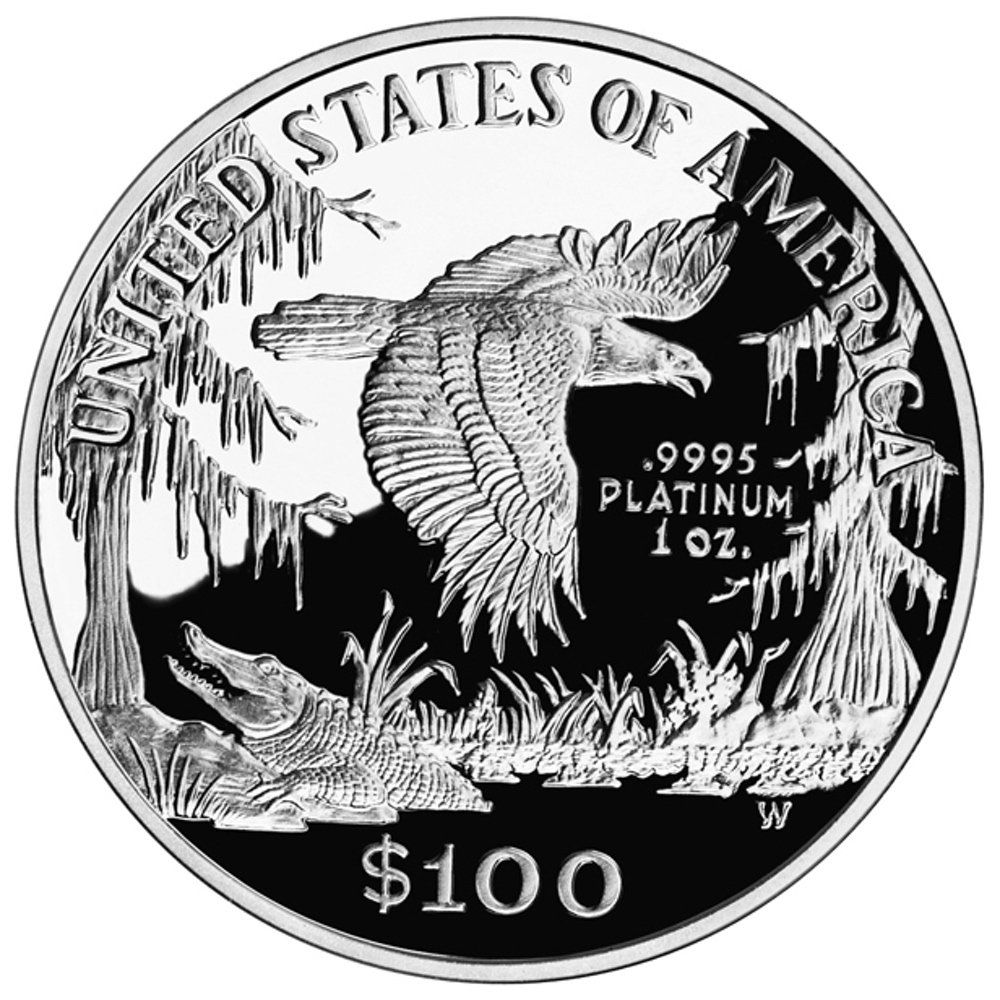 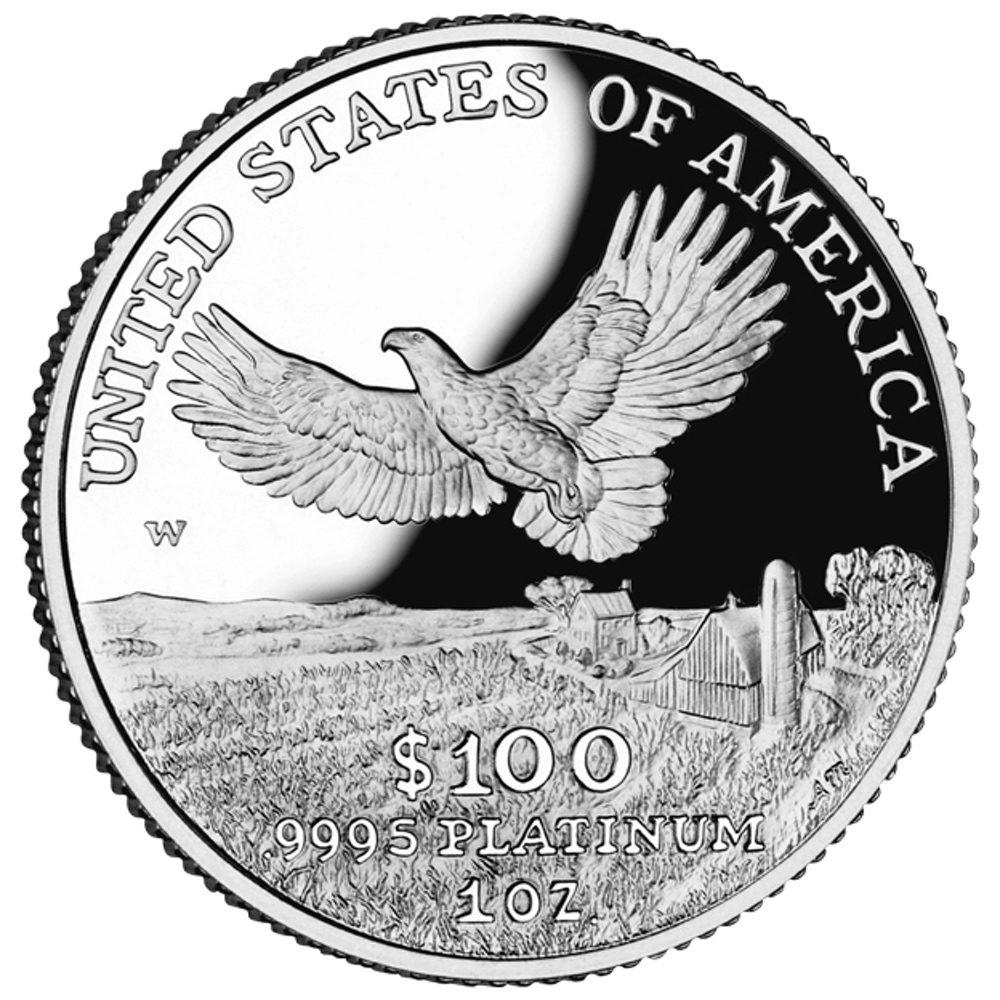 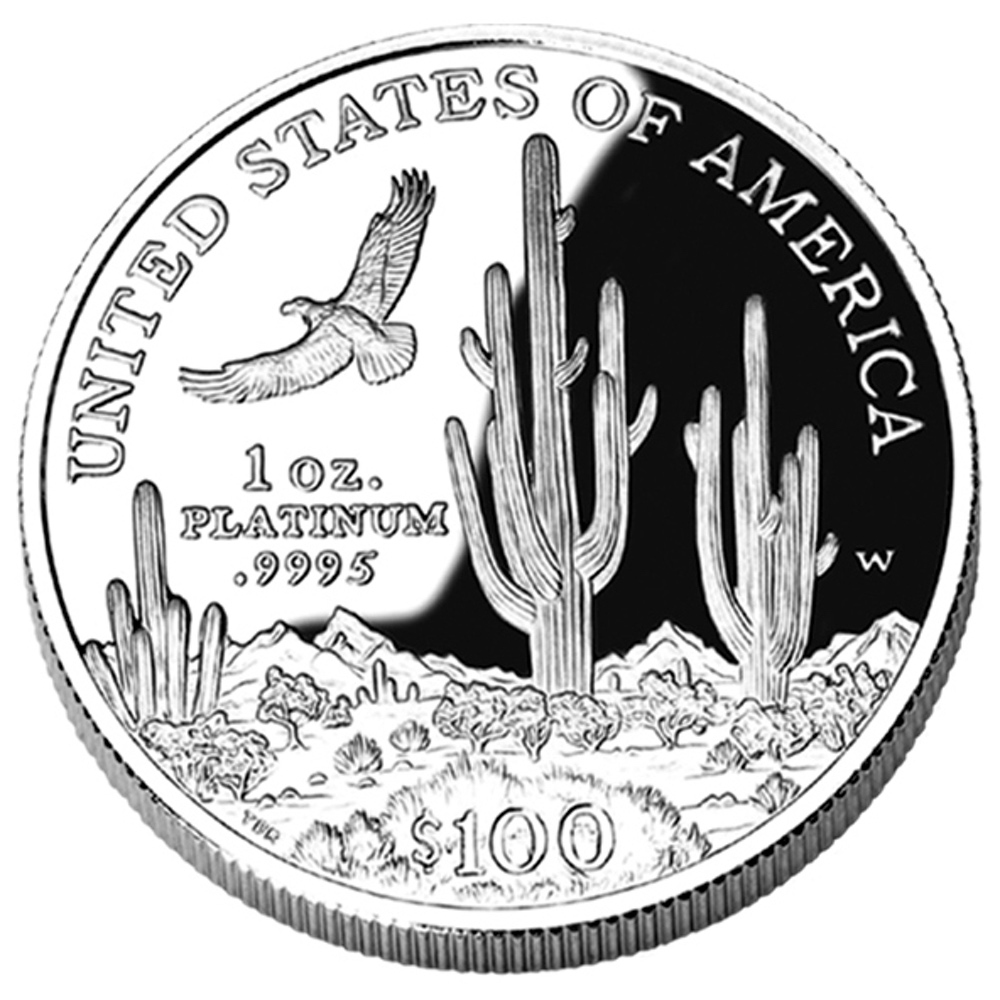 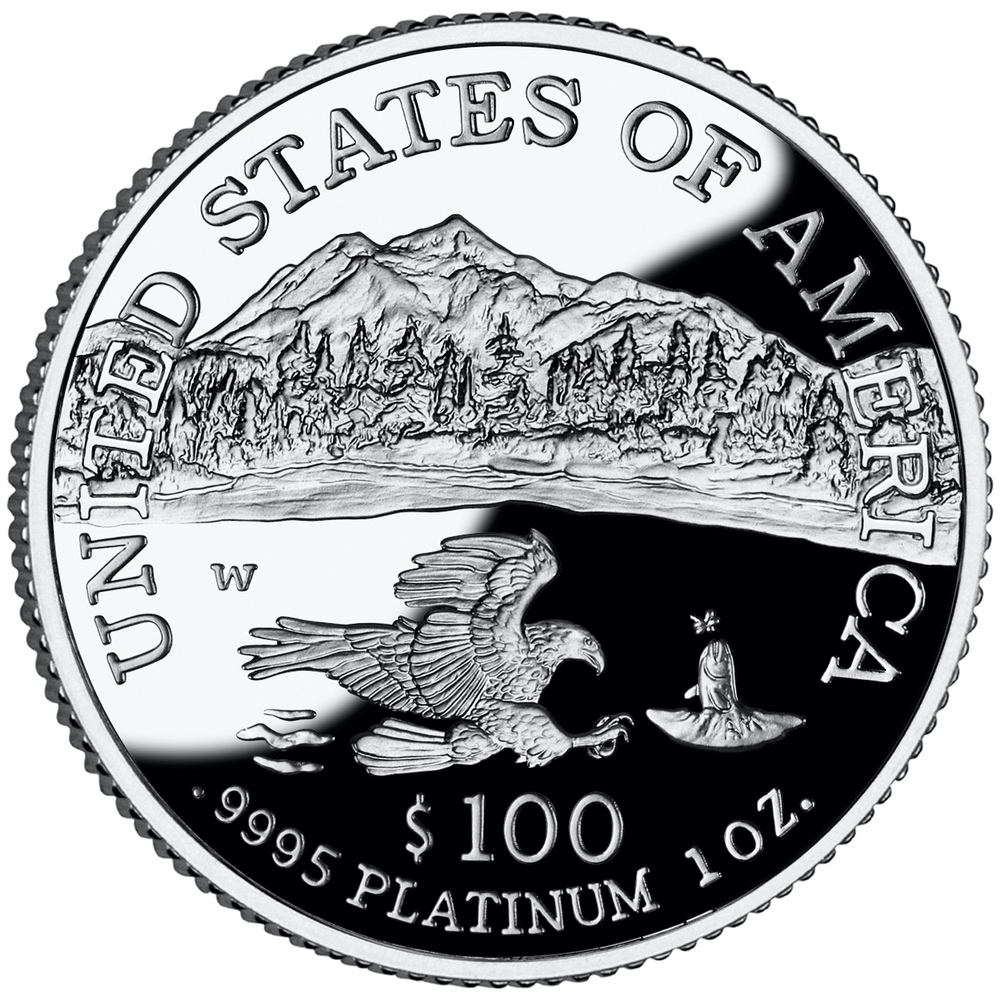 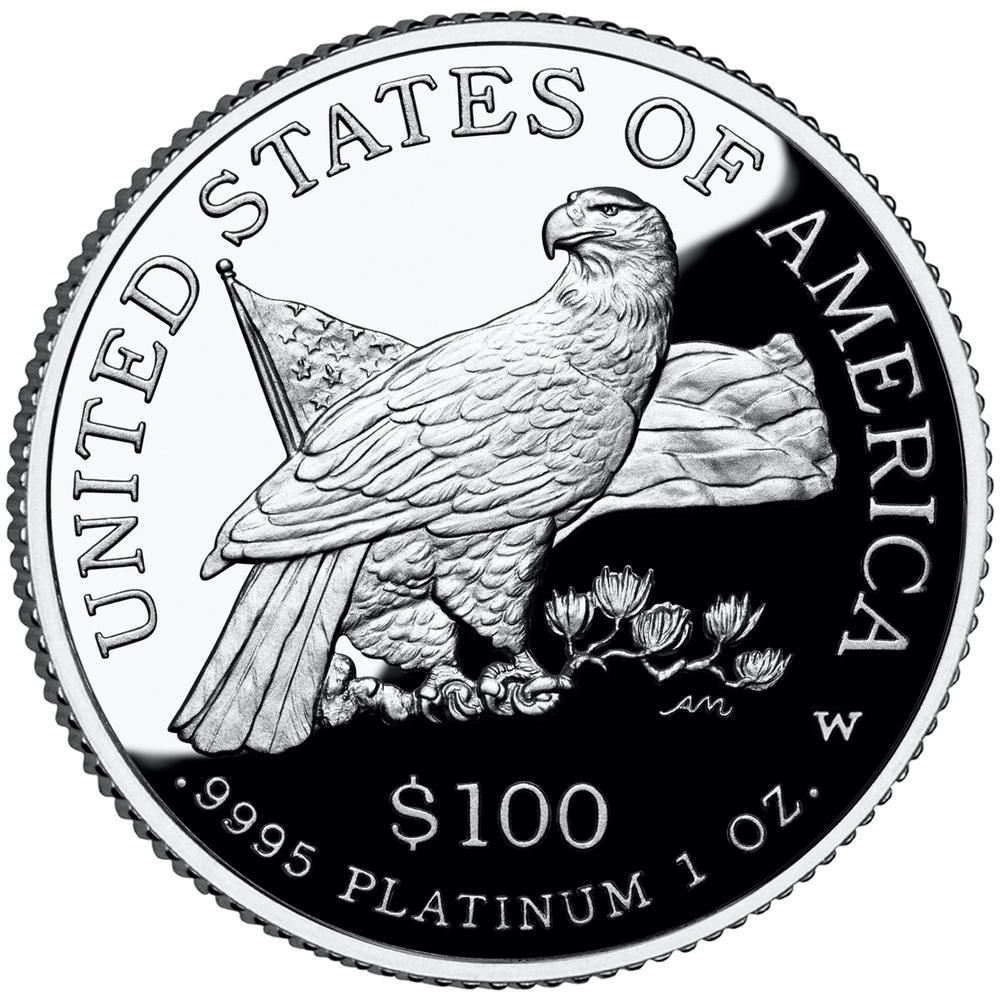 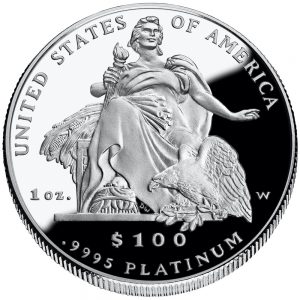 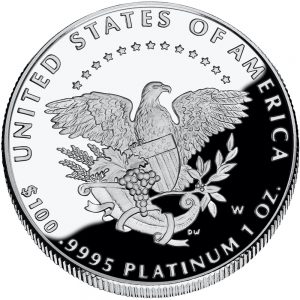 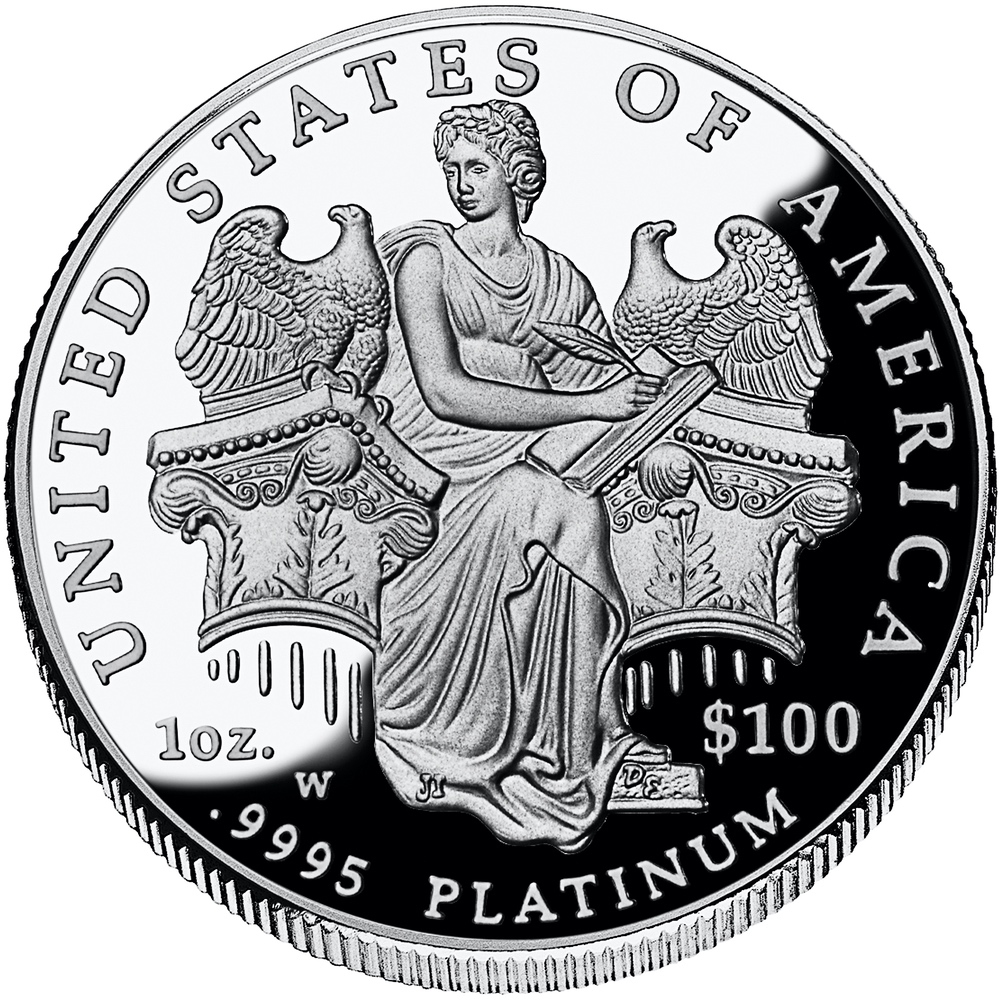 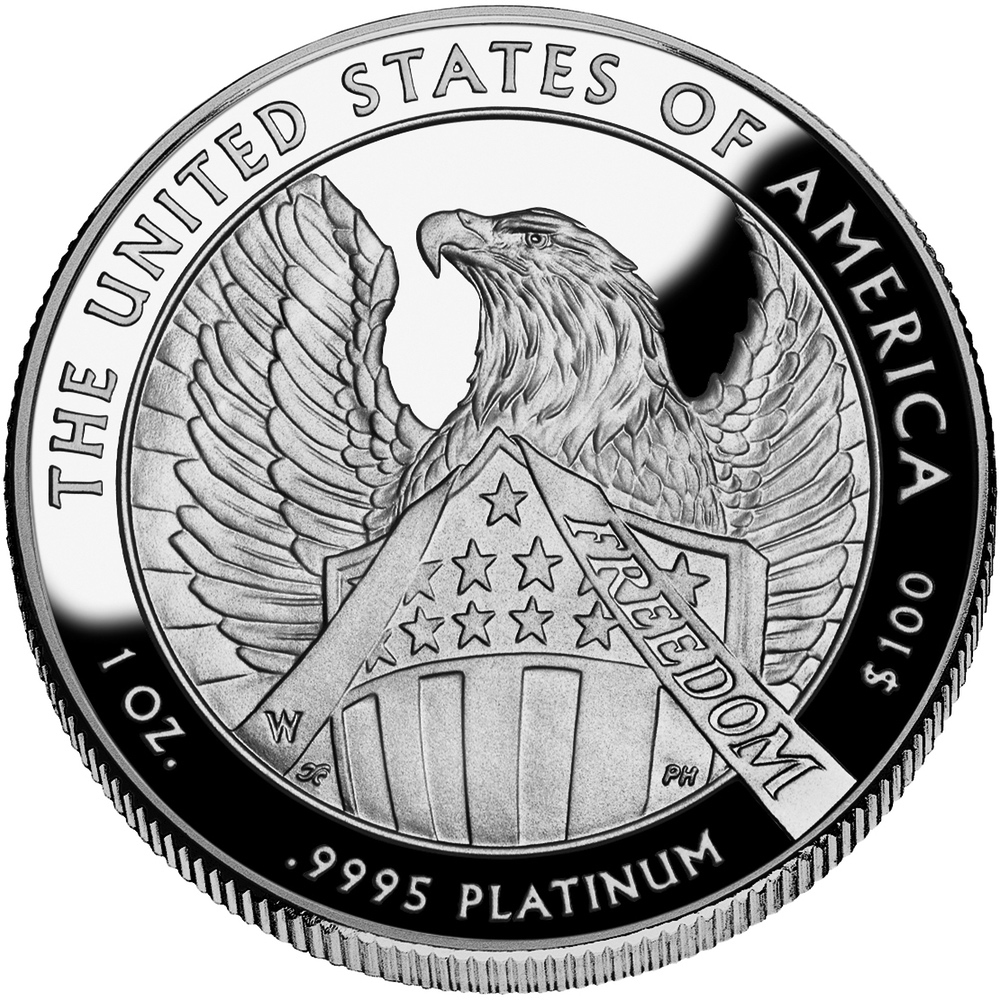 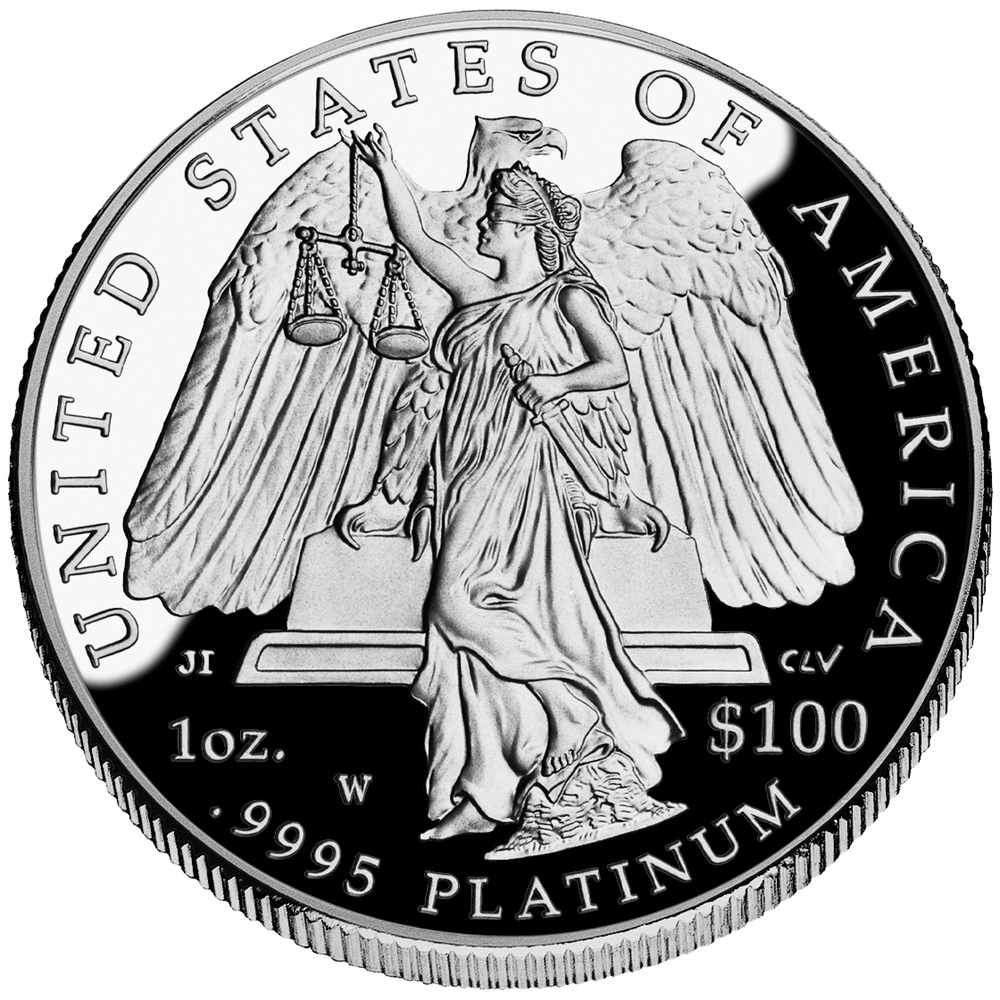 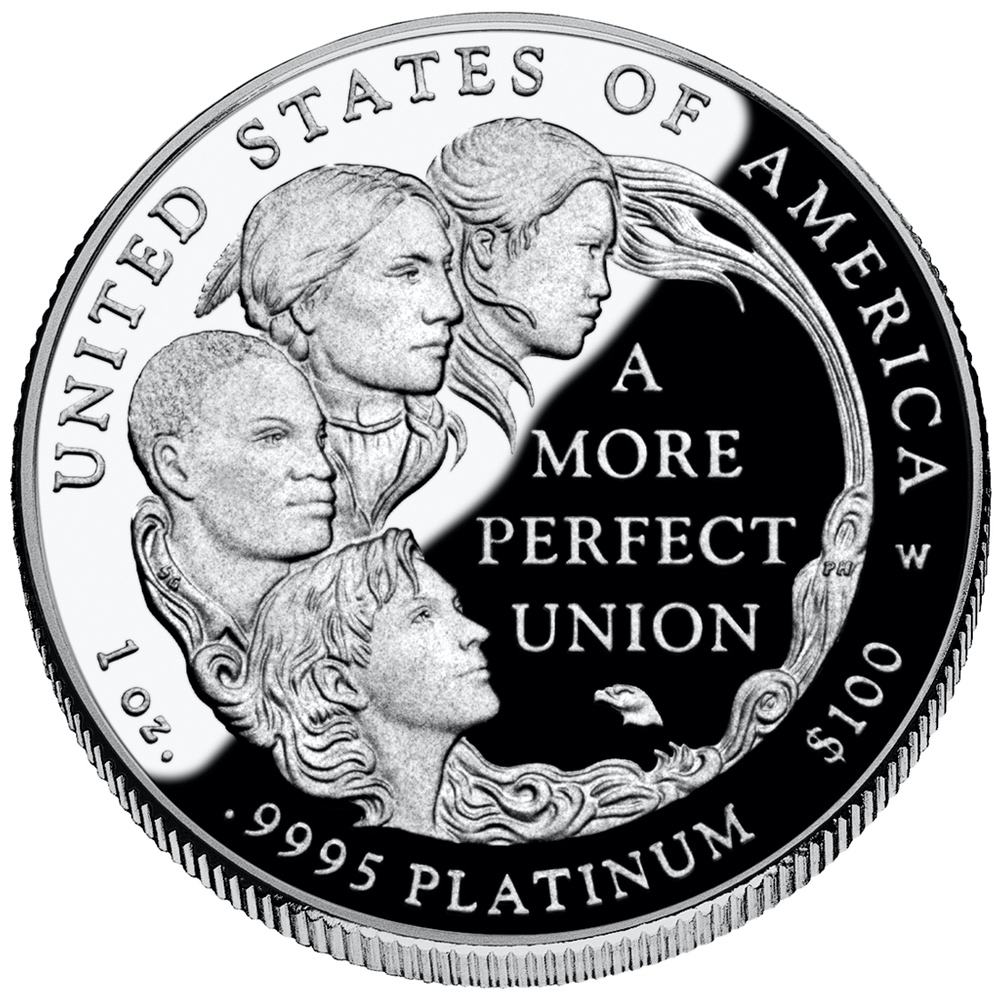 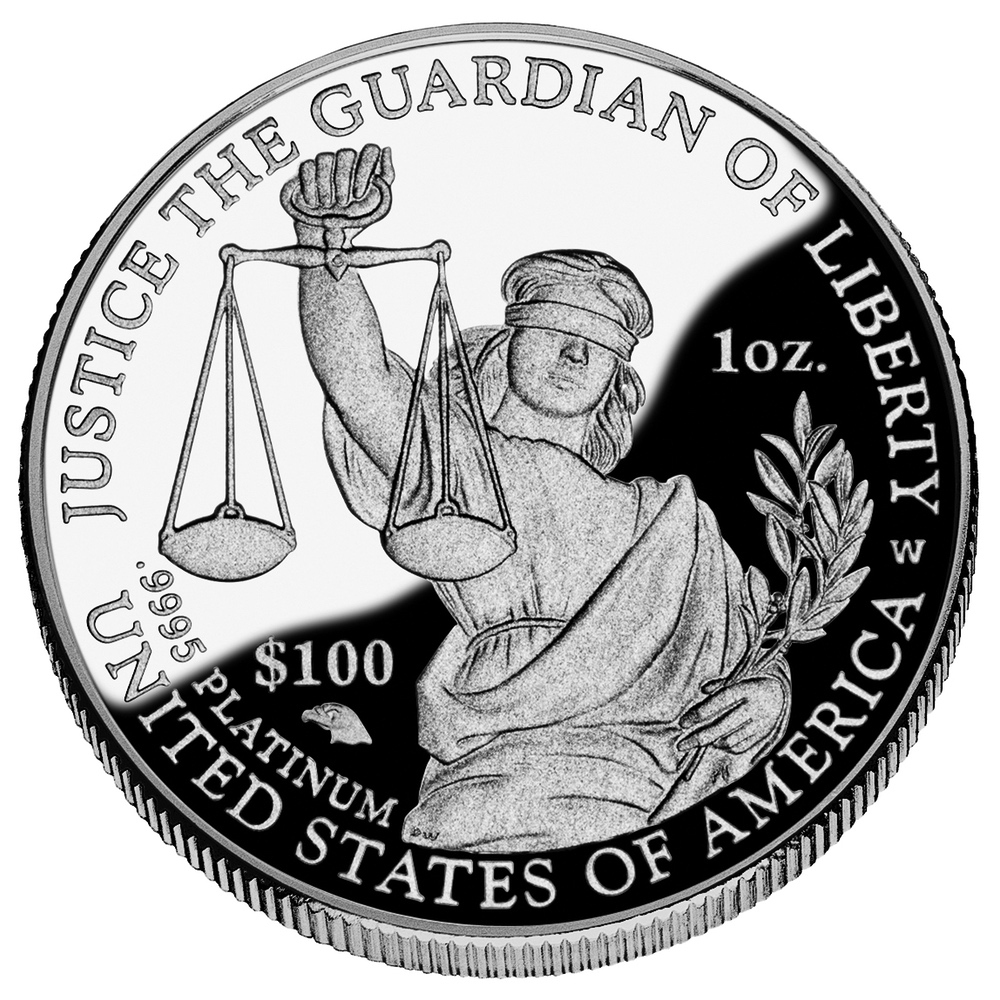 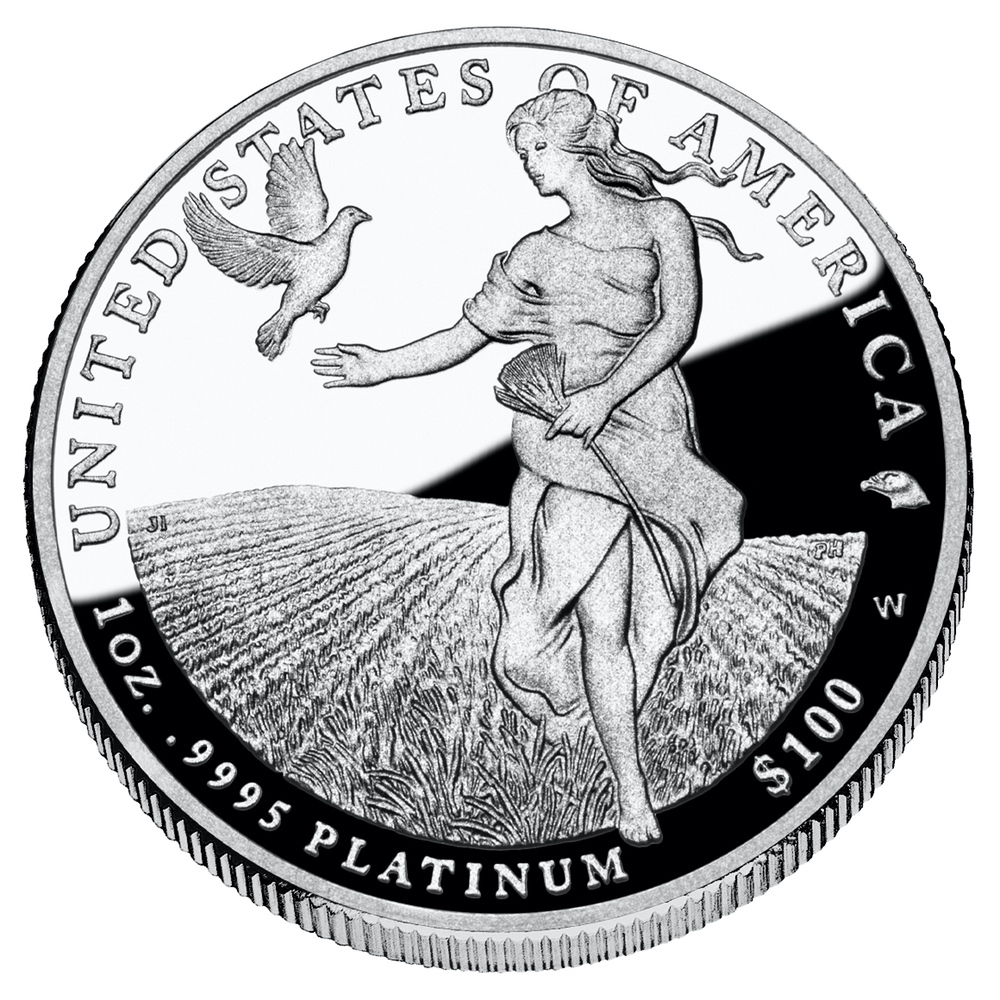 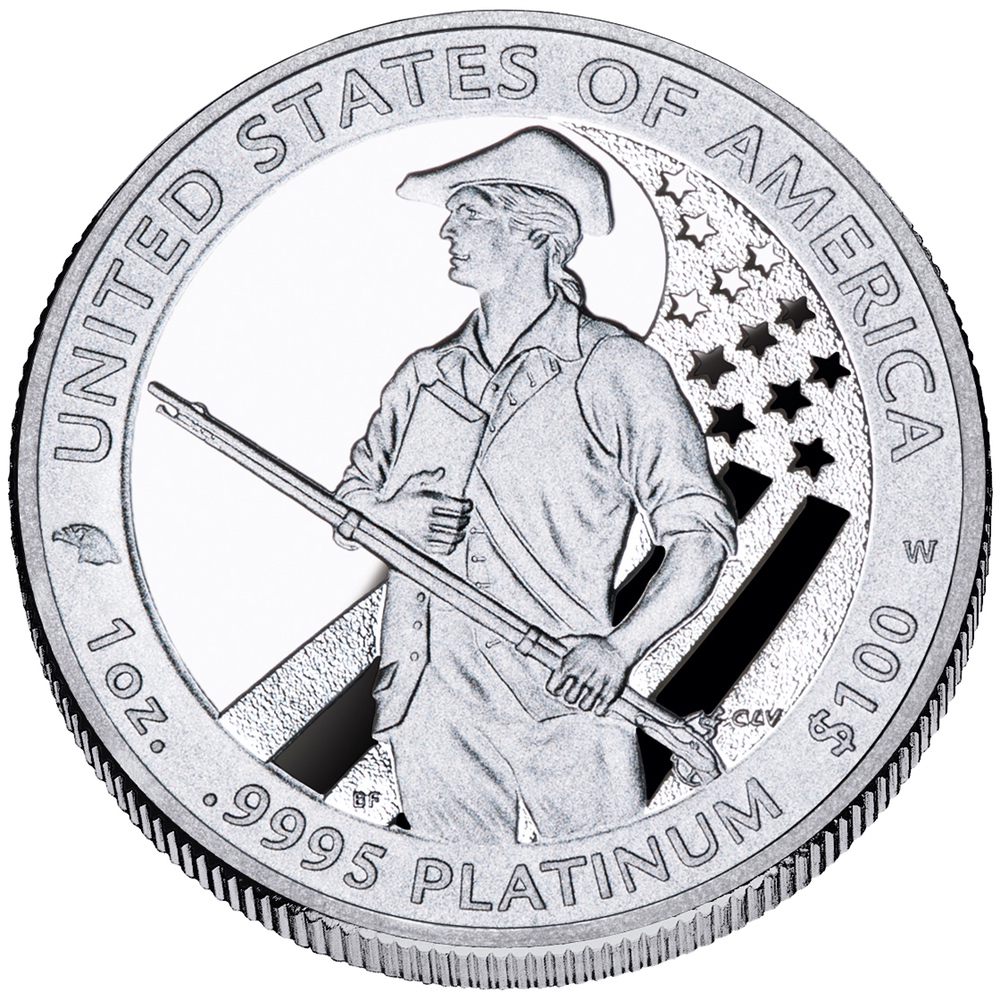 2012 “To Provide for the Common Defence” 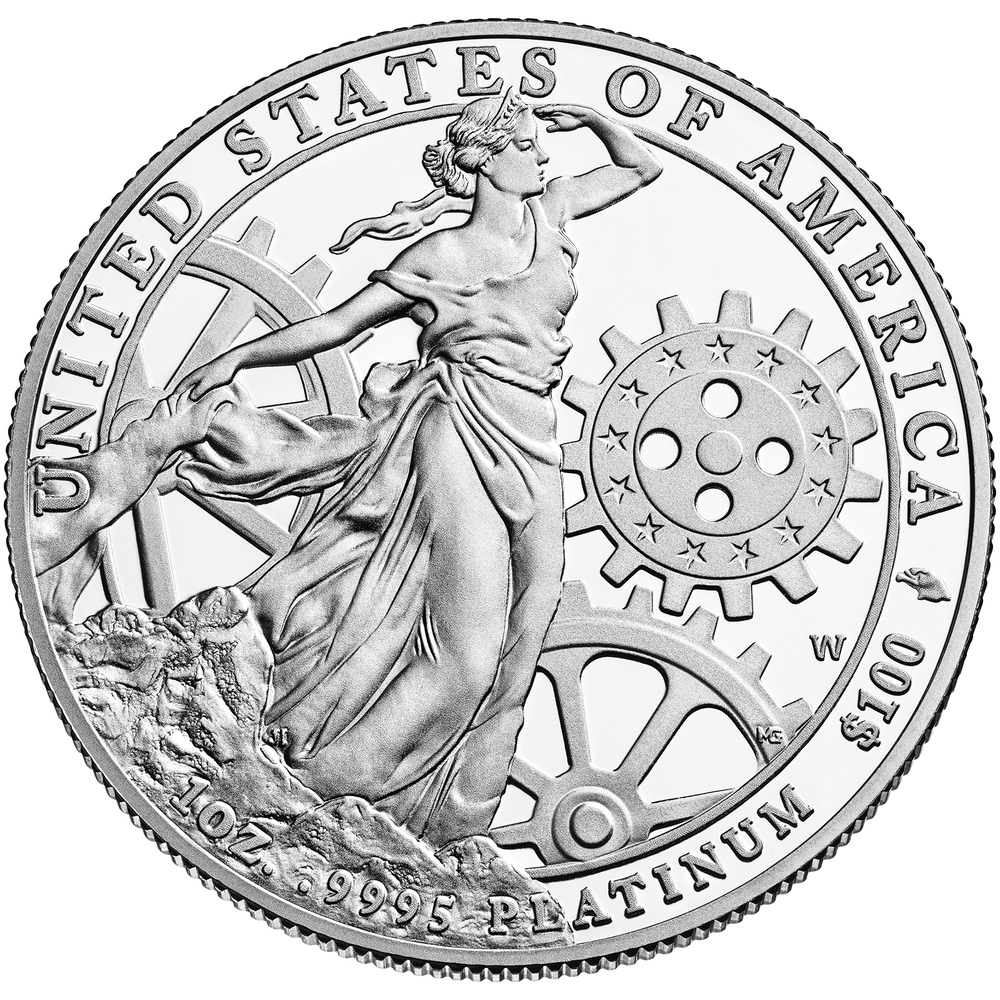 2013 “To Promote the General Welfare” 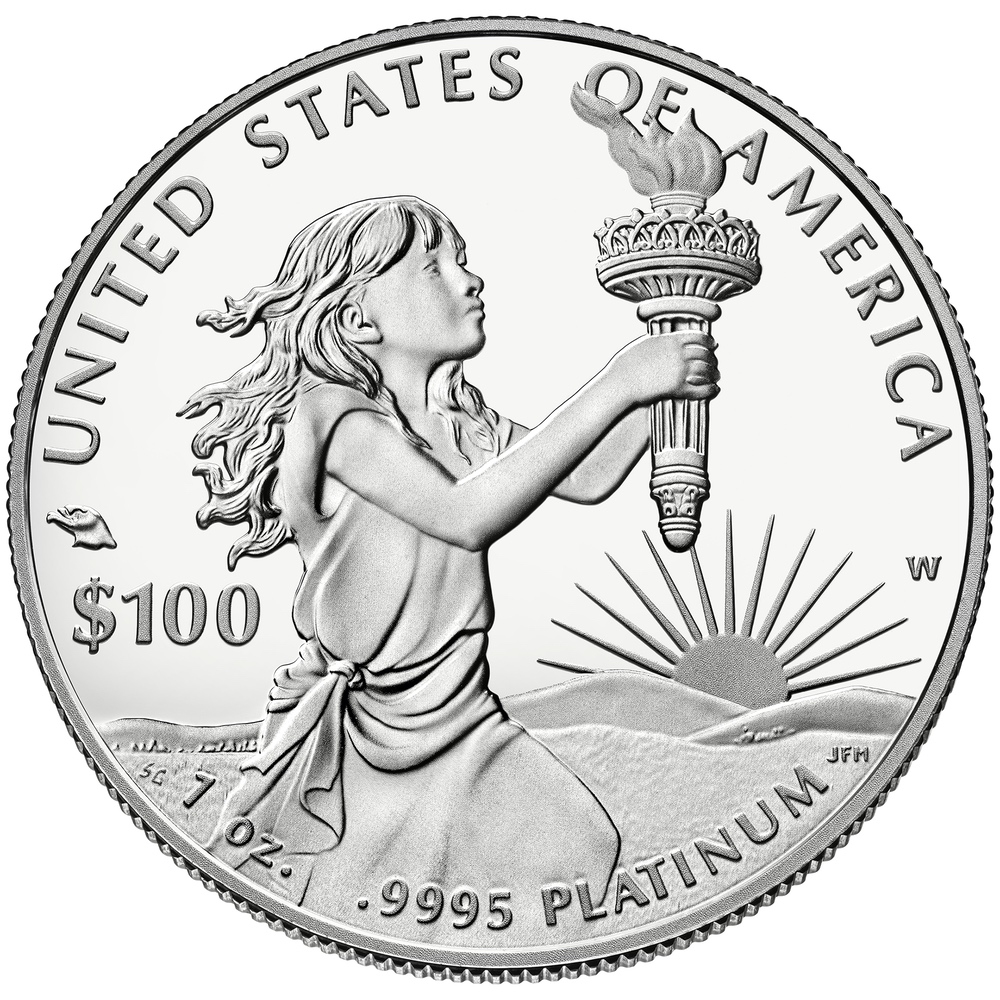 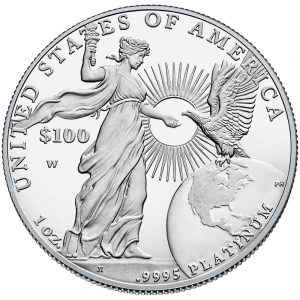 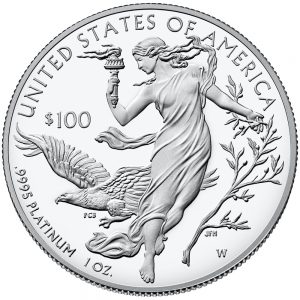 Beginning in 2018, the U.S. Mint will introduce two themes that will feature new obverse designs with a new common reverse with the following themes: 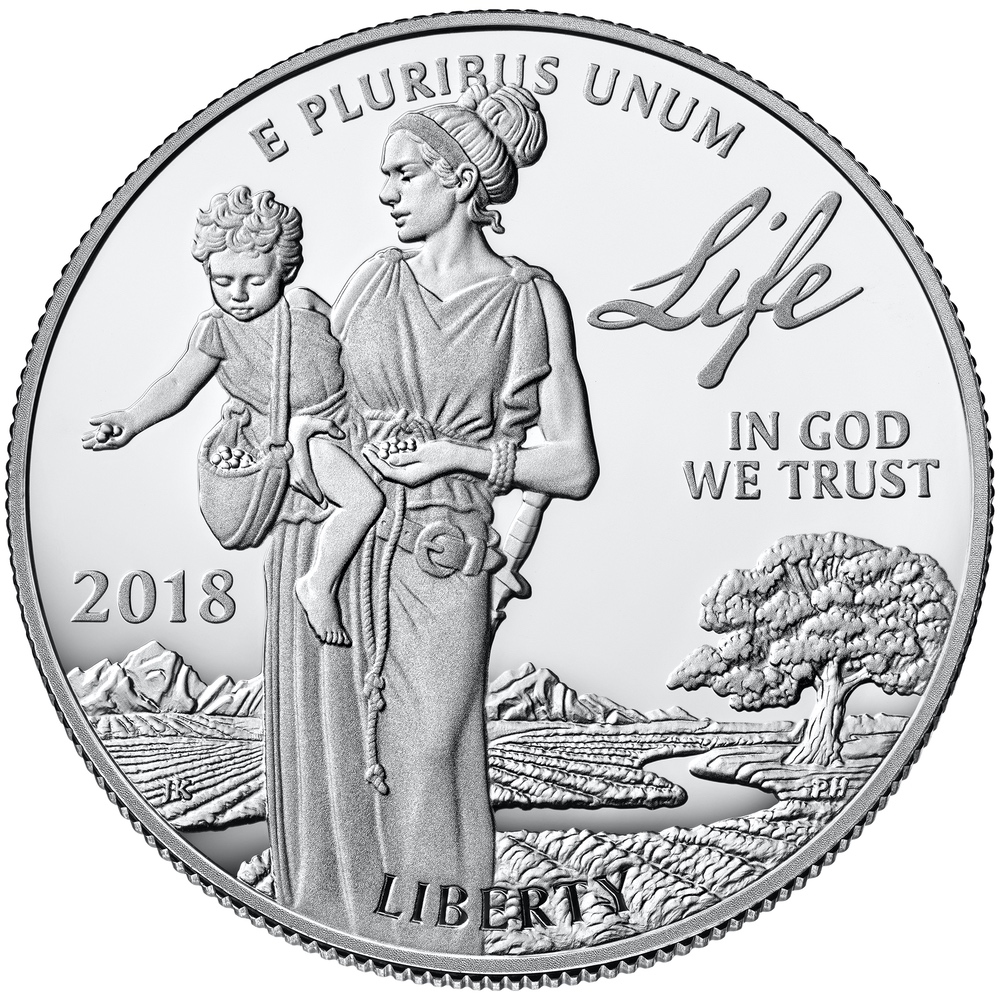 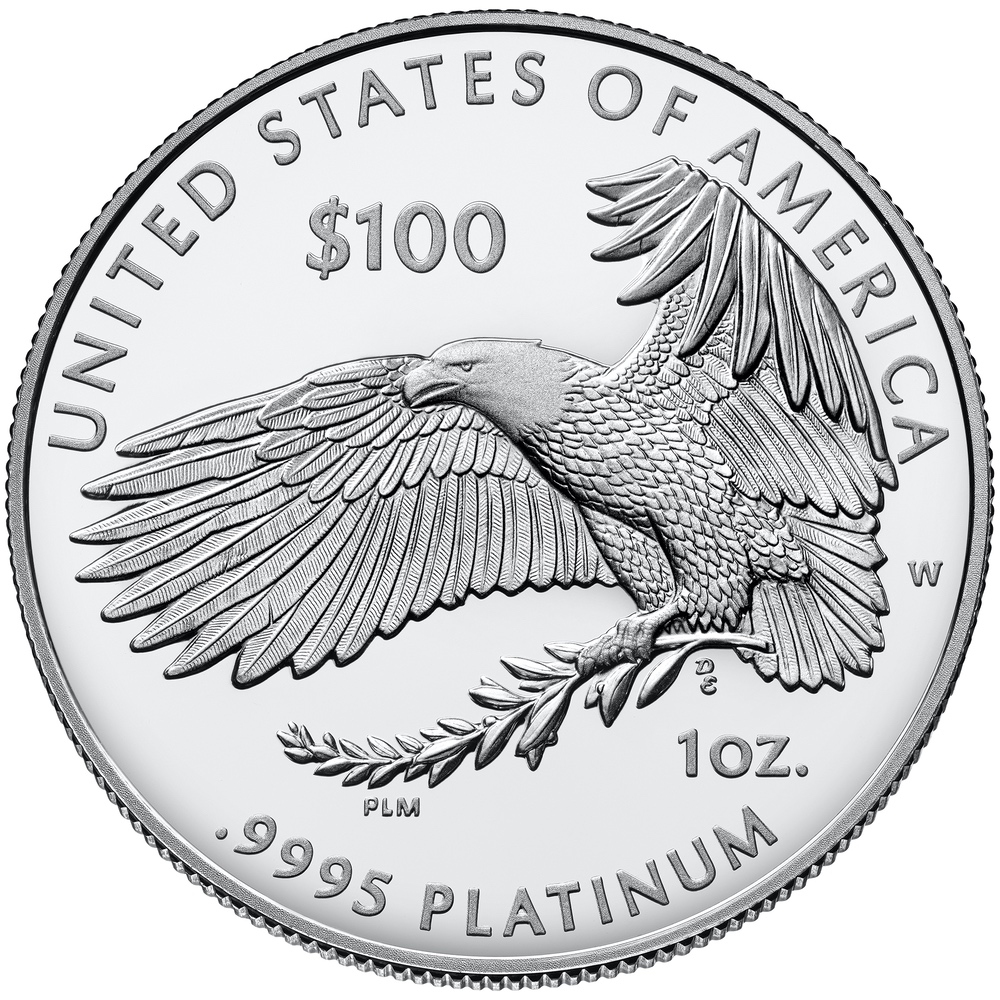 For the Declaration of Independence Series beginning in 2018, the common reverse designed by Patricia Lucas-Morris of the Artistic Infusion Program.

As part of the Tenth Anniversary of the American Platinum Eagle, the U.S. Mint issued a special set to celebrate this milestone. The set featured two one-half ounce platinum proof coins using the American Bald Eagle design representing Executive Branch by Thomas Cleveland and was struck at the West Point Mint. One was struck as a standard proof with mirrored fields and frosted designs. The other was struck as a reverse proof with mirrored designs and frosted fields.

The set was announced November 2007 and scheduled to go on sale in mid-December. and remain on sale until December 31, 2008, with several interruptions.

For a very low production series that is handled differently than other coins, it is unusual for there to be a variety or error. In 2011, the Numismatic Guarantee Corporation announced that they certified a variety that was given the name “Frosted Freedom.”

On the proof strike of the 2007 American Platinum Eagle coin with the bald eagle design to celebrate the executive branch of the government, there is a shield in front of the eagle’s breast. Draped across the shield is a ribbon with the word “FREEDOM”. On the coins issued in 2007, the incuse word “FREEDOM” has the same mirrored finish as found on the coin’s fields. On the variety found by NGC, the word appears frosted with the same finish found on the coin’s raised devices.

In a statement by the U.S. Mint, these coins were pre-production strikes that had been inadvertently released into the production stream. They were struck to verify the look of the coin.

In our next installment, we look at the American Palladium Eagles.