Later today, the U.S. Mint will have a ceremony to begin the American Innovation $1 Coin Program. The ceremony is scheduled for 11:30 am at the U.S. Mint’s headquarters at 801 9th Street NW in Washington, D.C.

The American Innovation $1 Coin Program will issue four dollar coins a year in recognition of the significant innovation and pioneering efforts of individuals or groups from each of the 50 States, the District of Columbia, and the United States territories. Coins will be issued in the order that the states entered the union followed by the District of Columbia, Puerto Rico, Guam, American Samoa, the U.S. Virgin Islands, and the Northern Mariana Islands.

As allowed by law (Public Law 115-197), the U.S. Mint is producing an introductory coin for the program that will be presented as part of the launch. 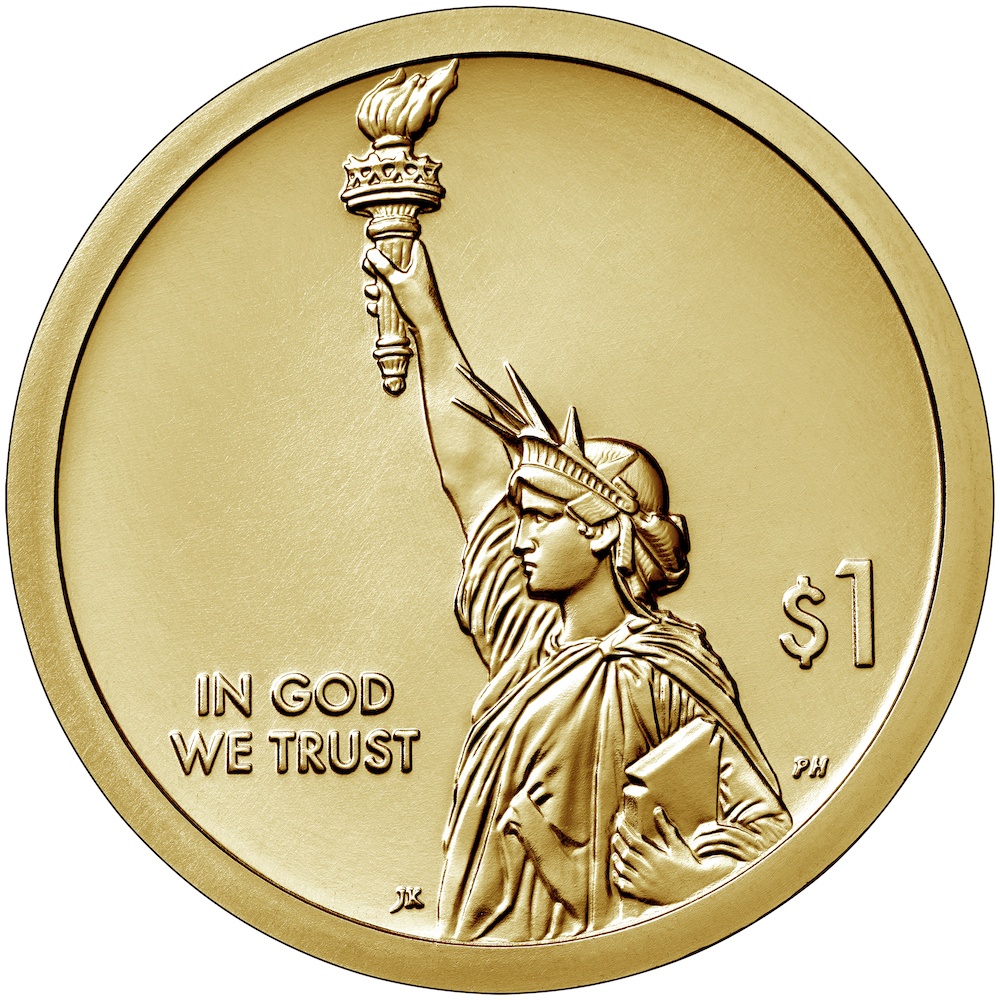 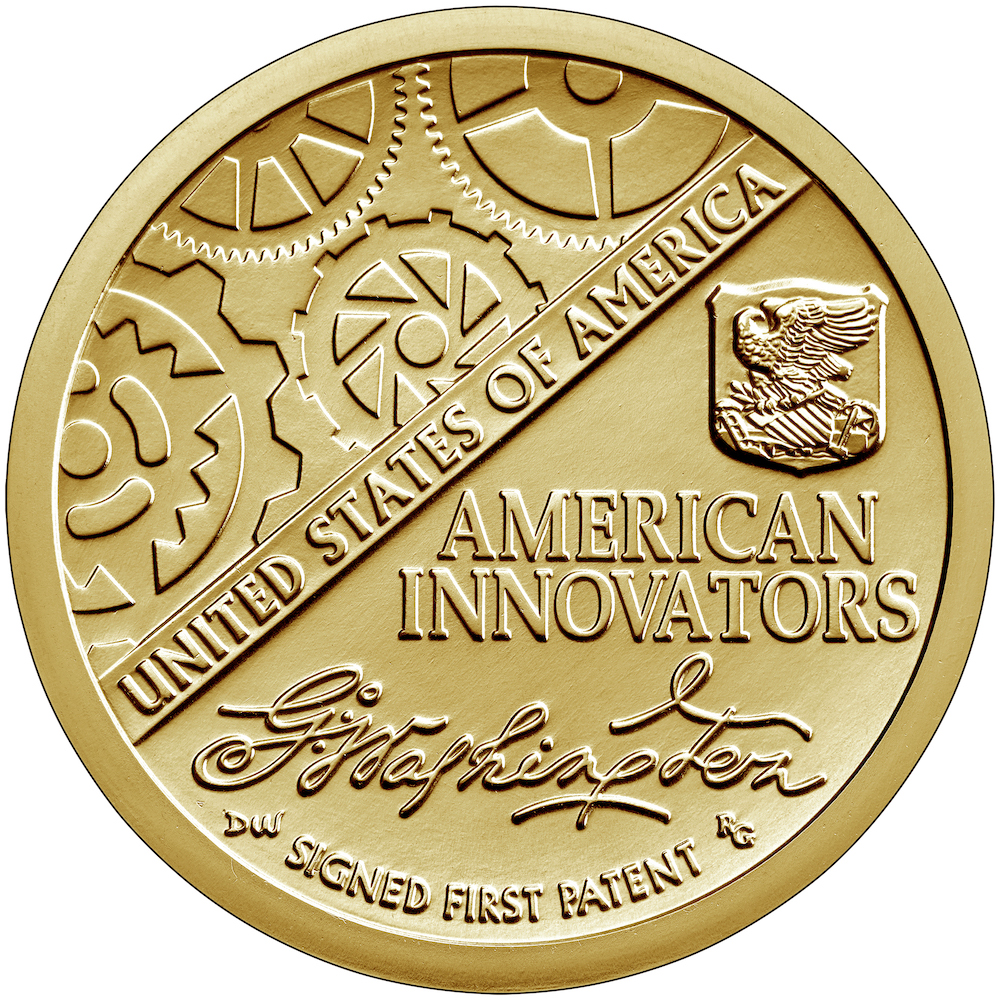 The obverse of the coin, which will be featured throughout the series, is a view of the Statue of Liberty in profile. The view of the upper third of her body with the torch extended to the edge of the coin with a plain background gives the image a quiet elegance that is not usual for a U.S. Mint design. It was designed by Justin Kunz of the Artistic Infusion Program with credit to the Citizens Coinage Advisory Committee for pushing the U.S. Mint to come up with something different.

The reverse design of this introductory coin provides hope that the future of this program will not be mired in trite designs. It honors American Innovation by recognizing the first U.S. patent signed by President George Washington that was issued to Samuel Hopkins on July 31, 1790, for developing a process for making potash. The gears representing innovation appears next to Washington’s autograph.

The year, mint mark, and E PLURIBUS UNUM (Out of many, one) will appear on the edge of the coin as it does with all $1 coins since 2007.

Although it is a fantastic design worthy of a collection that includes the Native American Dollar designs, it will have the same impact as all dollar coins issued in the 21st century. It is a coin that will barely circulate and will not grab the attention of the U.S. public without its circulation.

Even though Congress creates these programs and has been told that this program will be a failure because the coins will not circulate alongside the paper dollar, they continue as if nothing is wrong. Even the Government Accounting Office, their own agency that helps with investigations and oversight of the federal government, has recommended eliminating the one-dollar note.

I will collect these coins as I have done for all of the special series introduced in the 21st century. But I will not be as enthusiastic about this series as I should be until something is done to make these coins circulate.