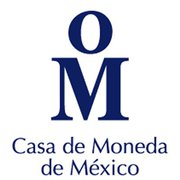 This past week, two men entered the Mexico Mint (Casa de Moneda de México) and stole 1,567 gold coins worth an estimated $2.5 million. News reports say that these coins have a 50 peso value. Since the only gold coins available from the Mexico Mint of that type are Libertads, each coin is worth a little more than $1,600 each (about 31,500 pesos).

Initial reports say that security personnel did not follow appropriate protocols as the vault was left open before the robbery. Guards and other staff members were taken into custody for questioning.

The brazen daylight robbery occurred in an exclusive section of Mexico City that is well protected. Unfortunately, Mexico has seen an increase in violent crimes, including murder, with the increased activity of the drug cartels. The arrest and conviction of high-profile cartel leaders and the growth of exports to the United States created a situation where the cartels are fighting for territory.

An unconfirmed report said that the robbery was carried out by one of the cartels. If that is the case, the gold will likely be melted so that the coins would not be traceable.

A treasure trove of 17th century silver coins has been found under the floor of a monastic church. Archaeologists from the University of Gdańsk were working in the presbytery of the 14th century Church of the Saint Andrew the Apostle in the town of Barczewo in Poland’s northern province of Warmia, when they discovered a glazed ceramic mug handle filled with nearly 1,000 coins.

Thieves stole nearly 1,600 gold coins worth more than $2 billion in a brazen daytime robbery in Mexico City. Visit Business Insider's homepage for more stories. MEXICO CITY (Reuters) – Armed robbers broke into a Mexican government coin manufacturer on Tuesday and filled a backpack with more than $2 million worth of gold coins from a vault that had been left open, security officials said.

Police are searching for the perpetrators of the theft, which took place in broad daylight on one of the Mexican capital's most prestigious avenues, Avenida Reforma, CNN en Español reports. The brazen heist is the latest development in a crime wave that has struck Mexico City in recent months as the security situation deteriorates across the country.

The Royal Mint didn’t produce any 1p and 2p copper coins in 2018 — marking the first time since 1972 and 1984 that none were created, respectively. Currently, there are an estimated 10.5 billion coppers in use and another 6.3 billion laying dormant in piggy banks and jams cars across the country.

A glass bottle containing six kilos of coins from interwar Poland has been found buried under a monastery in Ukraine. Builders stumbled upon the stash one-metre below the Bernadine Monastery and St. Andrew’s Church in the town of Zbarazh where they were carrying out earthworks.