REVIEW: Coin of the Canonical Realm

During the unpacking of an estate, I came across a book with the title Coin of the Canonical Realm. It is a short, 58 pages, paperback book that has an intriguing cover. As a coin collector, I started to thumb through the book to get a sense of its purpose. Since it was not apparent, I had to wait until later.

After cleaning off my desk, I found the book and decided to read the Introduction to understand the book’s purpose. According to the introduction, its purpose is to “21st century sense of all the 19th century mentions of money in the Sherlock Holmes stories.” 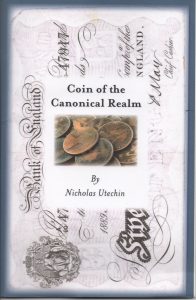 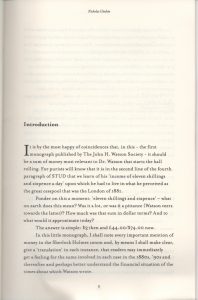 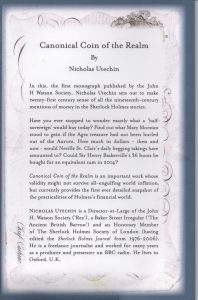 Sherlock Holmes was a fictional detective created by Arthur Conan Doyle. Doyle created Holmes as a “consulting detective” so that the character can appear in varying environments. Doyle was one of the first authors to create a crime-fighting character that includes all of the tools that we take advantage of today. Someone suggested that Mission: Impossible is a modern extension of the Sherlock Holmes stories.

Most of Doyle’s stories are written from the perspective of John H. Watson, M.D. as Holmes’ biographer. Watson is a friend and part-time roommate who accompanies Holmes on his investigations. Watson can be annoyed with Holmes on some of his actions while being intrigued by his actions.

The Sherlock Holmes stories endured long after Doyle’s passing in 1930. Aside from the movies and other new media recreations, there are societies dedicated to studying the intricacies of Holmes, the crimes, and other characters Doyle included. One of those organizations is The John H. Watson Society.

The John H. Watson Society, founded in 2013, is described as an organization that will study Dr. Watson as a unique individual and how his character enhances the Doyle classics. Watson, whose background is revealed throughout the stories, is a renown physician with a heroic war record and trust by a community is leery of the medial arts.

The book, written by Nickolas Utechin whose biography describes himself as having a long history with studying Sherlock Holmes, is the first monograph published by the John H. Watson Society.

Starting from Chapter 1, Utechin copies one or two-line passages from Doyle’s writings that reference money then explains them in the context of the 21st-century. He first describes the old British monetary system where there were 240 pence to a pound including the varying minor coins that were in use at the time. (See this post for a description of the old British monetary system)

Each of the chapters covers the five volumes of compiled short stories and then four chapters for each of the novels. Although you can get the gist of what Utechin writes about, it is best to use this booklet as a companion while reading a Sherlock Holmes story.

Having this explanation while reading one of the short stories adds a different perspective to the story. For those who have not read a Sherlock Holmes story, I would recommend that you first read the story without consulting this booklet. On your second reading have this booklet nearby to help you put the story into perspective.

Some may consider Coin of the Canonical Realm a supplemental study guide to Sherlock Holmes. Whatever you want to call it, fans of the stories may find it adds to their enjoyment.

If you are interested in owning a copy of Coin of the Canonical Realm, you can order it directly from The John H. Watson Society.