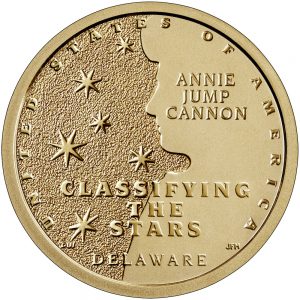 Perusing the wide world of coins, I noticed that it is only here in the United States that collectors complain about modern coinage. Why?

My Twitter followers (@coinsblog) have seen the articles coming from the United Kingdom. U.K. news outlets have staff that follows the special issues from the Royal Mint that are selling for hundreds of times over their face value in online auctions. These coins have a limited run and are issued as circulating commemorative coins.

Similarly, the Royal Australian Mint recently released an alphabet series, similar to what the Royal Mint did in 2018. As part of the series, they created a stir when they used the letter “X” to highlight a small village in Western Australia. Aussies learned something about their own country.

In the United States, we bemoan new issues by the U.S. Mint. We look at the coins and come up with some reason to dislike them. Many of the reasons range from the parochial to the absurd.

Dealers do not like them because they make more money on selling you what they think are “better” coins. Rather than try to use the opportunity to get people interested and into their shop, they would rather sell a more expensive coin. Note to dealer: selling 100 coins at a $1 profit is the same as selling one coin for a $100 profit except that you now have 100 new customers rather than recycling old ones.

Another reason I hear is that modern coins are not worth the money and, therefore, not worth the time. Really? Are you collecting or investing? Are you enjoying your collection, or is it something to do?

Recently, I sold off my Morgan Dollar collection. I started the collection many years ago and realized that I did not have the eye for coins that I have today. I also lost interest. 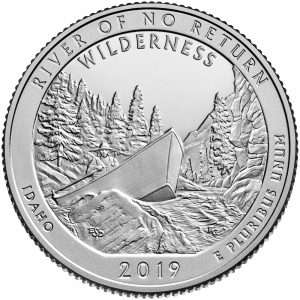 Someone asked what am I collecting today. I respond with modern circulating commemoratives. When I get a strange look, I have been responding with, “do you know what the Frank Church River of No Return Wilderness is?”

Who is Frank Church, and what is the River of No Return? If you paid attention to the American the Beautiful Quarters program, you would learn more about your own country. I did not know about this wilderness area in Idaho until I looked at the quarter.

I also learned that the Northern Mariana Islands and Guam, both United States territories, have beautiful memorials to those who gave their lives in World War II.

Now collectors are lamenting the new American Innovation $1 coins. Why? Because they do not circulate? Then go pick up a roll and start spending them! You can show people the series that is beginning with honoring Annie Jump Cannon, who invented a system for classifying the stars still used today. Aside from being a Delaware native, Cannon was a suffragist and hearing impaired.

Stop being so stuck up about modern coins, buy a roll, and give someone a William Henry Harrison dollar. Then ask them why Harrison is so important to U.S. history? Pick a president who is not famous and do the same exercise.

If you have children, why not plan a trip based on the quarter that has been released. If you cannot travel to Guam to see the War in the Pacific National Park, then a trip to San Antonio Missions National Historic Park. You can also Remember the Alamo and visit a fascinating area of the country.

Collecting modern coins may not make the dealers rich or be a great investment. But there is enough material to have fun beyond just accumulating metal discs.

Weet-Bix is given the “W” in an A-to-Z collection depicting “all things Australian.” Weet-Bix, a breakfast cereal manufactured by a Seventh-day Adventist health food company in Australia, is set to cement its icon status.

→ Read more at adventistreview.org
SA is getting a new dinosaur-themed R25 coin next year – and a less angry leopard on other coins

Finance minister Tito Mboweni on Friday finalised the designs for the 2020 silver Kruger Rand and the R25 Natura Series collectable coin due next year. He also gazetted an update to a coin design that makes a leopard featured in a Big 5 collectable coin series somewhat less angry.

As many as 96 varieties of coins used during the period of the Western Ganga dynasty, which ruled Karnataka, are among the attractions at the three-day philately and numismatic exhibition here. Among the other exhibits at the 12th State Level Philately Exhibition organised by the Karnataka Postal Circle are commemorative coins, Chinese gold panda coins, stamps on 100 years of Indian cinema.

ANCHORAGE, Alaska (AP) — A young Alaska Native woman left an impression on Alaska’s territorial Senate in 1945, delivering a speech that led to the passage of the nation’s first anti-discrimination law.

MURRELLS INLET — The ship owned by the richest man in America is giving up its gold, again. The North Carolina was a side-wheeled steam packet, a coastal transport that carried mail and was owned by Cornelius Vanderbilt.

→ Read more at postandcourier.com
One of the rarest coins in the world that dates back to 723AD and was made from gold from a mine owned by a successor to the Prophet Muhammad goes on sale for £1.6MILLION

One of the rarest coins in the world is set to sell at auction for an incredible £1.6million. The Umayyad gold dinar dates back to 723AD and was made from gold mined at a location owned by the Caliph – one of the successors to the Prophet Muhammad.

A Bunbury businessman has unearthed one of Australia’s rarest coins — worth more than $10,000 in mint condition —while birdwatching in the Goldfields outback. Mick Cross was photographing birds at Malcolm Dam near Leonora when he picked up a small coin sitting in the dirt metres from the popular camp site.

Calling all Antique Roadshow enthusiasts. Have you ever seen a large metal coin featuring an old lamp with the number 60 on it? After discovering this mysterious-looking coin among her Grandmmother’s collection, a woman from Chilliwack is asking the public if they have any idea what it is.

Nowadays, having savings and investments both have equal weight in importance and necessity as well. In terms of investments, there are a lot of options for you to choose from. These options range from stock investments to mutual funds to cryptocurrency.

Binyamin Elkin, the six-year-old son of Jerusalem Affairs and Heritage Minister Ze'ev Elkin discovered a 2,000-year-old coin from the City of David excavations at the President's Residence on Thursday.