The week of May 11-17, 2020, is supposed to be Museum Week. Museum Week started in 2014 to use social media to promote Galleries, Libraries, Archives, and Museums worldwide. This year, the online festival takes on a new meaning since most museums are closed because of the pandemic.

Learn more about Museum Week on their website at museum-week.org.

Let’s celebrate Museum Week by the looking at the most extensive numismatic exhibits that has some of their collection online.

The only way to start this list is with the largest numismatic collection of any type and that is the National Numismatic Collection at the Smithsonian Institute. With over 1.6 million coins, tokens, medals, and other numismatic objects, the collection includes United States, world, and ancient coins. The collection contains rare coins and patterns not seen anywhere else in the world. Amongst its holdings are famous rarities, including all varieties of the 1804 Draped Bust Silver Dollar, a 1913 Liberty Head Nickel, and two 1933 Saint Gaudens $20 Double Eagle coins. Also in the collection is a Brasher Doubloon, sometimes called the United State’s first gold coin, and a 1974 aluminum Lincoln Cent created by the U.S Mint to try to convince Congress to allow for its production.

When the National Museum of American History reopens, the permanent exhibit is The Value of Money that uses 400 items from the museum’s collection to portray the economic, artistic, and technology of money. Amongst the displays is the famous 1933 Saint-Gaudens Double Eagle, a $100,000 currency note, a personal check signed by James Madison, and a clamshell used to represent one-dollar during the depression.

The Edward C. Rochette Money Museum at the American Numismatic Association headquarters in Colorado Springs is the largest museum dedicated to the study of United States coins and currency that also covers the history of numismatics. With over 250,000 pieces, the collections contain famous rare coins, including the George O. Walton specimen 1913 Liberty Head Nickel, an 1804 Draped Bust Silver Dollar, and one of the three known 1866 No Motto Seated Liberty Silver Dollars.

The Rochette Money Museum is the home of the Harry W. Bass, Jr. Collection. Bass was interested in United States gold coins and had built the most complete collection ever assembled, including many one-of-a-kind specimens, of gold coins from 1795 through 1933. Bass’s collection includes the only complete set of $3 gold pieces, including the rare 1870-S, complete set of gold coins and patters from 1834-1933, and a set of 1896 Educational Series silver certificates including test printings and uncut sheets.

The ANA has posted several virtual tours for a good portion of the collection so that it can be seen without going to Colorado Springs. Collectors and ANA members might want to make a trip to visit the museum and the extensive numismatic library when they are allowed to reopen.

Coin and Currency Collections at the University of Notre Dame

University of Notre Dame Libraries Department of Special Collections boasts one of the largest collections of colonial coins and currencies in the United States. The coin collection includes an Oak Tree one-shilling coin, a Continental dollar, and a 1792 half disme—the first coin-type struck by the newly established United States Mint. The colonial currency collection includes samples from nearly every emission and lottery tickets that were used to raise money to pay the costs of the Revolutionary War. The collection also includes Washington Tokens and Confederate Currency and our Nineteenth-Century American tokens. Visit their online gallery at coins.nd.edu.

The University of Pennsylvania Museum of Archaeology and Anthropology has one of the most complete collections of ancient coins. But rather than displaying them as a coin collection, the curators at the museum present the coins with the various theme exhibits. Visit the ancient Roman section, and you can see the coins that defined the rule of the Roman Empire. All coins were found during archaeological visits to the regions of ancient civilizations. To see some of the coins in the collection, you can search their collection.

On the campus of Cambridge University, the Fitzwilliam Museum was founded in 1816 when Richard VII bequeathed his art and library holdings to the university. The Fitzwilliam’s Coins & Medals collection has over 200,000 objects including a nearly complete collection of ancient Roman coins issued after the murder of Nero. Amongst its collections are British and other Campaign and Gallantry Medals, European Renaissance medals, unique copper tokens handed out by the Cambridge chandler in 1668, and coins found casually and archaeological discoveries throughout England. The Fitzwilliam boasts of ongoing research into areas such as Indian and Islamic coinage. Visit their online collection Coins & Medals at fitzmuseum.cam.ac.uk.

The Coins and Medals collection at the National Museums in Berlin is well known as being very comprehensive and diverse, covering the beginnings of coinage through the coins of today. With over 500,000, it is one of the largest collections in Europe with extensive collections of Greek, Roman, and European coins from the Middle Ages to today. They also have an extensive collection of art medals dating from 1400.

The collection also contains an extensive collection of paper currency primarily from Europe and items used as money from all over the world. The non-coin collection includes tools and dies that were used to strike coins in Berlin since the 17th century.

The Staatliche Museen has one of the most extensive online catalogs of any museum in the world. Museum staff has created a website for users to browse their database of images and descriptions. The online catalog can be found (in English) at www.smb-digital.de. 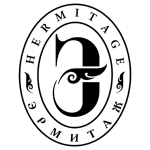 The State Hermitage Museum is located in Saint Petersburg, Russia is one of Europe’s largest museums. Their numismatic collection of over 1.2 million pieces is the most extensive collection known outside of the United States. The largest segment of their collection tracks this history of money in Russia from the ninth century through today.

The Hermitage Museums’ Oriental collection boasts of coins, money ingots, dies, coin-shaped amulets, and primitive currency of Asia, Africa, and neighboring Atlantic and Pacific islands. The collection includes a collection of very rate Sassanian coins and the 19th-century Chinese silver money ingots that are considered amongst the finest collections in the world. Discover more about their collection on their website at www.hermitagemuseum.org.

Do you know of any others?