World’s Fair of Money “Suspended,” Should ANA leadership be, too? 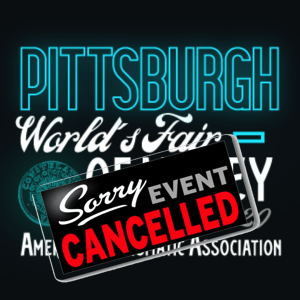 The ANA announced today that the 2020 World’s Fair of Money scheduled for August in Pittsburgh has been “Suspended.” The announcement recognized that the “Current State of Pennsylvania guidelines restrict indoor gatherings to a maximum of 250 people at any one time.”

Of course, I noted that almost three weeks ago, but who listens to me.

By suspension, this means that the ANA will scurry around and try to do something. Like the “something” that is planned for the virtual Summar Seminar, it is so much less than what it could be.

For years, I have been pushing for the broadcasting of the events from the show. I have been saying that the use of video can be a great recruiting tool. A few have even suggested doing a virtual bourse. Although I have not advocated one, I think I have an idea as to how to implement this.

All that is needed is the hardware and services to do this.

All that the ANA needed is for the current president to continue the efforts of the past. But that would require a president with an open mind who thought better of the ANA and its members.

The actions taken by the ANA president and Board of Governors show that they are not leaders. Leaders are proactive in the organization’s best interest. If you are reactive, then you are not a leader. Or as it was once said, you are leading from behind.

I wish the ANA was more proactive with the modern needs of a collecting public. As it is said, elections have their consequences. Rather than having the leadership the ANA needs (with all due respect to Joseph de Maistre), the association has the leadership it deserves.