Pay-Per-Listen Radio and an Interesting History 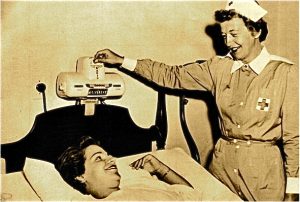 The Dahlberg Radio in a hospital setting

New technologies have a way of finding an audience and making money from them. Long before satellite radio, cable television, and broadcast television, there was the radio.

Newspapers were the dominant media of the day. Many broadsheets published two or three times a day plus special editions. The provided news, stories, and advertising, but there was always a delay. Broadcast radio began to change how news was delivered, starting with the first commercial radio stations in the early 1920s. Although the first radio stations experimented with the new format, by the late 1920s, radio offered a wide range of programming.

Like all new technology, radios were expensive. Manufacturing processes would take a while to lower costs. But as radio began to become popular, the Great Depression slowed its growth. 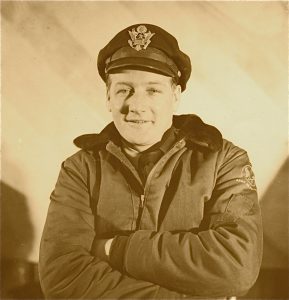 Dahlberg Electronics was one of the first companies to find commercial success. Founded by Kenneth Dahlberg of St. Paul, Minnesota, after his service in World War II, he created coin-operated equipment to capitalize on the burgeoning industry. Dahlberg created the coin-operated radio for hospitals. Hospitals would clamp the radio to the headboard of the bed with pillow speakers, speakers that you can put under the pillow. For 10¢ or a token, the patient was able to get one hour of listening time. Hospitals installed vending machines in the waiting room that would vend three tokens for a quarter. Many visitors would purchase the tokens and leave them with the patients.

Dahlberg sold tokens to the hospital with their name on it in an attempt from people taking the tokens to other hospitals. The tokens were the size of a dime with a hole in the center. It was a pay-per-listen radio when the medium was popular. By the mid-1950s, technology reduced the size of the radio, and the family of patients brought their radios. 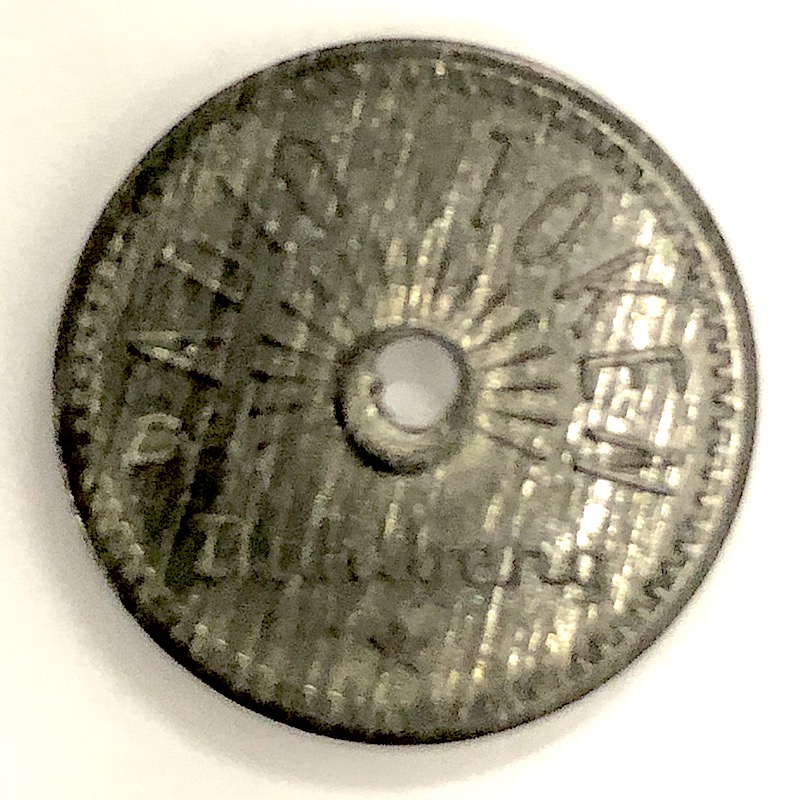 The common obverse of the Dahlberg Radio Token 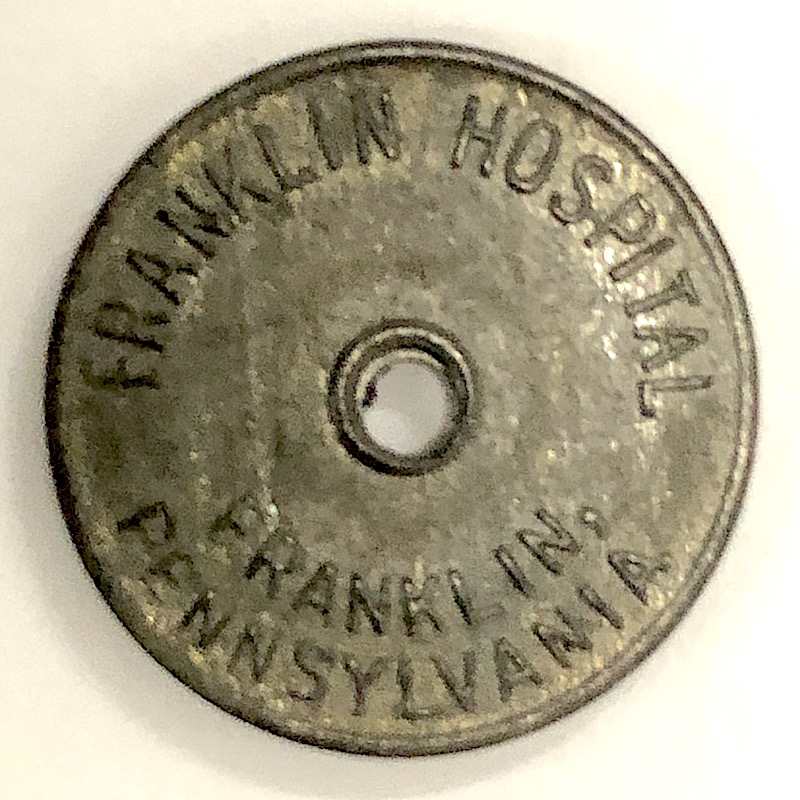 Reverse of a Dahlberg Radio Token from Franklin Hospital in Franklin, PA

Dahlberg stopped making radios in the early 1960s to pursue other ventures. The hearing aid company Miracle-Ear was a subsidiary of Dahlberg electronics.

In 1972, Ken Dahlberg was the midwest finance chair for the Committee to Re-Elect the President. Dahlberg facilitated the payments that eventually found its way into the bank account of one of the Watergate burglars. He was never charged with a crime since it was clear he was following the campaign finance procedures and did not have knowledge of where the money was going.

The tokens pictured above were found mixed with other collectible items. Their discovery allowed for a look back to an interesting past.