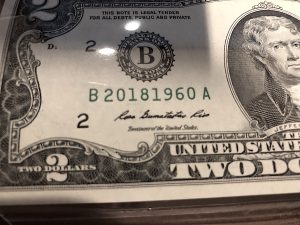 With the holidays coming soon and local jurisdictions curbing public activities as more people are contracting the novel coronavirus, some might be looking for something to keep occupied, at least for a short time. If you have a few pieces of currency in your wallet or pocket, why not check them for Fancy Serial Numbers?

There are other ways to collect serial numbers. One way would be to try to find your birthdate on the currency. For example, if you were born on July 4, 1976, you can look for the serial number 19760704 or 07041976. Some years may be challenging to find since the Bureau of Engraving and Printing has created premium collectibles using the year as the first four numbers of a serial number.

If you do not have a number that can be identified as one of these fancy numbers, does it have a “cool factor?” Grab your currency and go to the Fancy Serial Number Checker. Enter the 8-digit serial number and see what it says.

I found a $1 Federal Reserve Note with a serial number reading 82838374. The site told me that it was “so-so.” It was the best ration I found from the money in my pocket! 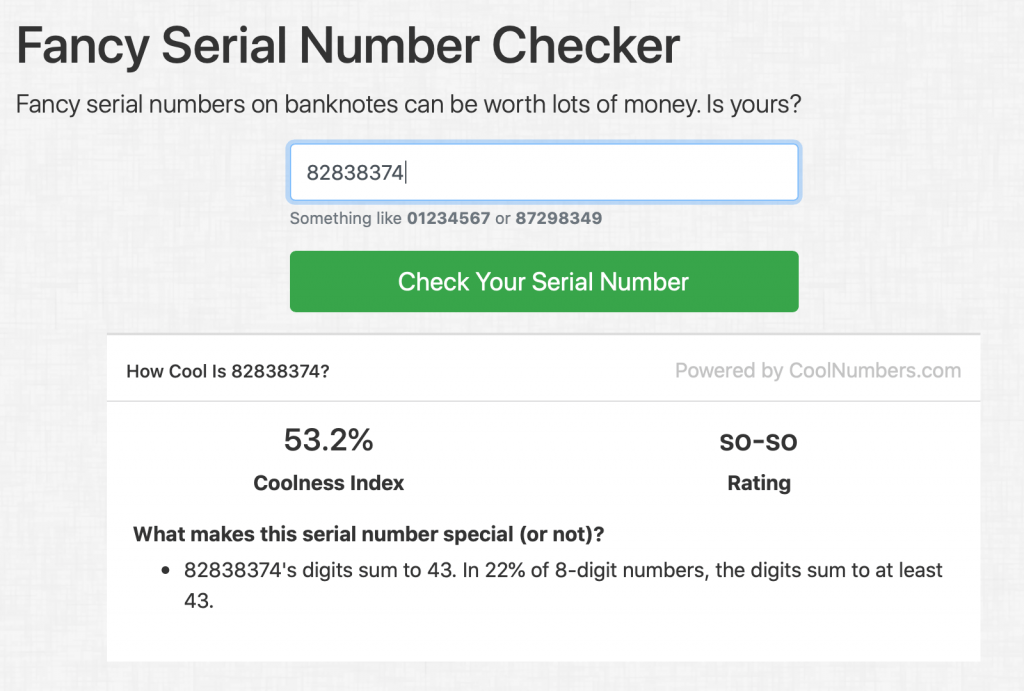 Fancy Serial Number check on a $1 note in my pocket 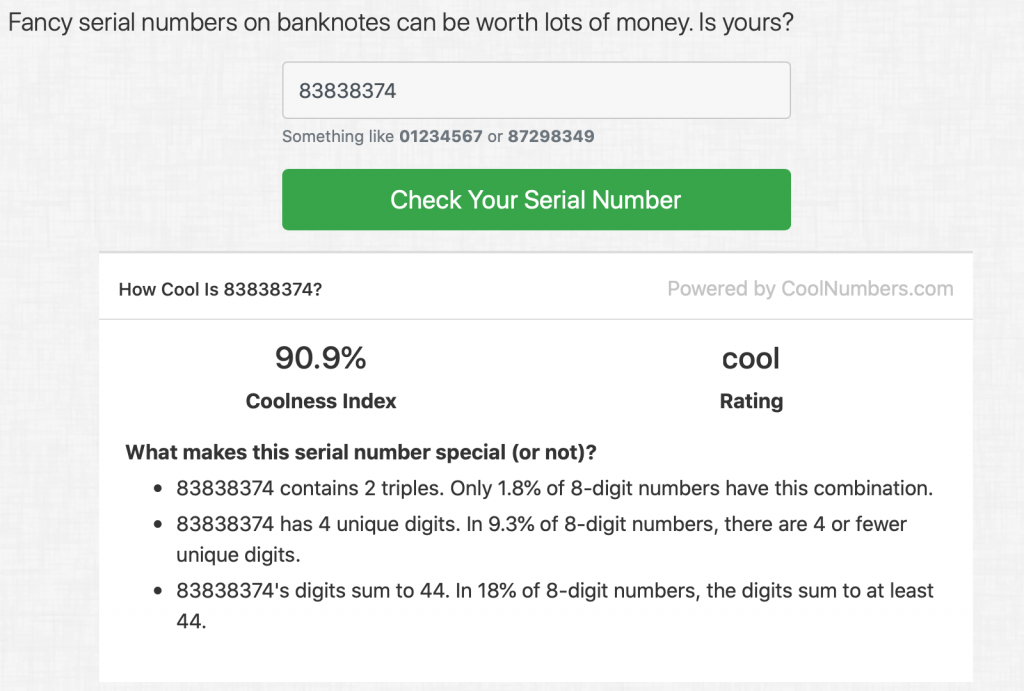 What if I changed one of the numbers and tried it again?

Depending on how much cash you have in your pocket, it will give you and your children something different to do!