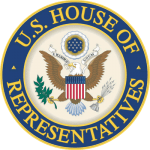 This week, the House of Representatives suspended their rules to pass H.R. 7995, Coin Metal Modification Authorization and Cost Savings Act of 2020. While the bill appears to have good intentions, it is largely a do-nothing measure for a do-nothing Congress.

Despite the problems with the bill, Congress has a way of changing the definition of “commonsense” when they think it makes them look good. According to the Congressional Record, Rep. Lacy Clay (D-MO) reportedly said:

This commonsense reform [H.R. 7995] provides the Mint with the flexibility to save taxpayer dollars and avoid future supply chain disruptions while balancing the needs of stakeholders in ensuring that any new coins work within the existing coin acceptance infrastructure.

Although the bill may appear to make “commonsense,” the bill ignores previous investigations conducted by the U.S. Mint, indicating this is a waste of time.

The primary problem is that the bill ignores that Congress passed a law in December 2010 (Public Law 111-302, 124 STAT. 3272) that requires the U.S. Mint to research alternative metals and provide a report every two years. Since Congress passed the law, the U.S. Mint issued four reports to Congress, with the last delivered in April 2019.

The law requires the U.S. Mint to investigate alternative metals that save production costs and minimizes changes to the financial infrastructure. Minimizing the changes requires “that the coins will work interchangeably in most coin acceptors using electromagnetic signature technology.”

An electromagnetic signature refers to the pattern the waves of energy create when are reflected from an object. In coin-operated machines, it refers to the waves of energy emitted from a coin when it passes through the mechanisms. Every coin the U.S. Mint strikes have a specific signature to verify that item you inserted in the slot is real. The people you are paying do not want you to use slugs or similar foreign coins. 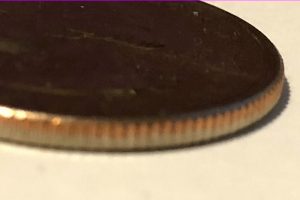 In 1964, when the silver cost made the coins worth more than their face value, policymakers required the U.S. Mint to change the coinage metals with the same goals. For the coin-op systems, they were more concerned with the electromagnetic signature than the weight. Given the state of their technology in 1964, they could adjust the machines to accept coins with the new weights as long as the electromagnetic signatures were consistent.

Early tests showed that the copper-nickel clad coins circulating today were a close match to their silver counterparts’ electromagnetic signatures and weighed a little less. It would be easy to adjust the machines of the time.

Instead of facing a 1964-like crisis, the U.S. Mint has been studying the problem for 10 years. Rather than hold the appropriate committee hearings, accept testimony from interested parties, and consider the work that the U.S. Mint reported on in 2019, the House of Representatives passes a bill that does not change anything.

H.R. 7995 says that the U.S. Mint must get approval from Congress before changing coining metals. Saying this is like looking up in the sky and recognizing it is blue. Of course, Congress has to approve the changes. Congress will have to pass a bill to change Title 31 Section 5112 paragraphs (a) and (b) of the United States Code (it’s the law), that describes the composition, sizes, and weight of U.S. coinage.

Whether H.R. 7995 becomes law or not, the U.S. Mint is required to submit their alternative metals report in 2021 for research performed through 2020.

Without the passage of H.R. 7995, the U.S. Mint will submit their research report. In 2021 that will present the research performed through 2020. But what if the bill becomes the law? Nothing changes. H.R. 7995 does not provide a timeframe for the U.S. Mint to make a recommendation. It is up to Congress to read the alternative metals research report and make the law’s appropriate changes.

The April 2019 report provides answers that they can use to craft legislation that would provide real reform. H.R. 7995 is a waste of time, and another example of why Congress no longer works.