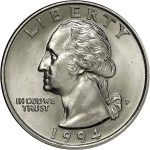 The president has signed the last numismatic-related bill this past week. On January 13, 2021, the president signed the Circulating Collectible Coin Redesign Act of 2020 (Public Law No. 116-330). It was the last possible day to sign the bill. If he did not sign it, the bill would be subjected to a pocket veto.

The law will require the U.S. Mint to redesign the quarters’ reverse through 2030, starting in 2022.

For the quarters issued between 2022 and 2025, “The design on the reverse side of each quarter dollar issued under this subsection shall be emblematic of the accomplishments and contributions of one prominent woman of the United States.” The U.S. Mint will issue “up to” five quarters per year and confer with several groups to determine who receives the honor.

The United States will celebrate its seniquincentennial (250th Anniversary) on July 4, 2026. In celebration of the event, the law states that the U.S. Mint will issue the following coins:

The law requires the U.S. Mint to celebrate youth sports with changes to the quarter and half-dollars to correspond to the Summer Olympic games of 2028 and the Winter games of 2030. This program will run from 2027 through 2030.

Medals for the 2028 Olympic Games in Los Angeles

The law authorizes the U.S. Mint “to design and manufacture medals for awarding at the 2028 Olympic Games in Los Angeles, California.” The law makes it the first time in the modern Olympics history that the U.S. Mint will create the games’ medals. Previously, the Olympic committees had a private vendor create the medals. According to the International Olympic Committee website, medals for the games played in the United States were created by the following:

The new law allows the U.S. Mint to continue to make the five-ounce silver bullion coins that correspond to each of the quarter and half-dollar programs. Interestingly, the silver hockey-puck-sized coins appear to be popular and will continue to be available to collectors and investors.

Also added to the law is the ability to strike factional silver bullion coins with the same designs. It is uncertain if a half-ounce or quarter-ounce silver coin will sell, but we will find out.

Obverse of the Coins

George Washington will continue to appear on the obverse but “be designed in a manner, such as with incused inscriptions, so as to distinguish it from the obverse design used during the previous quarters program.”

The bill includes similar language for the image of John F. Kennedy on the 2026 Semiquincentennial half-dollar.

Coin collecting a 'modern day treasure hunt' for some, way of investing for others

Coin collecting is viewed by many enthusiasts to be a form of modern day treasure hunting, as shops in South Beloit and Beloit continue to do well as collectors come seeking rare finds, or simply to make an investment in precious metals.

The world’s finest Brasher Doubloon, the most legendary U.S gold coin ever produced, is heading for auction at Heritage this month. The 18th century coin is described as “arguably the world’s most famous numismatic rarity”, and is one of only seven examples known to exist.

Ongoing excavations at a rural spot near the village of Újlengyel in central Hungary recently struck gold, both figuratively and literally. Archaeologists armed with powerful metal detectors found a buried treasure of approximately seven thousand silver and four medieval  gold coins  in Hungary, hidden centuries ago by unknown individuals.

Egypt: Archaeologists find coins with Cleopatra’s face on Thousands of objects including ancient coins, pottery and sculpture thousands of years old have been secured, the Israel Antiquities Authority (IAA) has confirmed.

→ Read more at express.co.uk
Coin Collectors News
news.coinsblog.ws
♦ PNG Day returns to Central States Convention (Jan 13, 2021)
♦ The Royal Mint celebrates the 50th anniversary of Decimal Day with a commemorative 50p coin (Jan 13, 2021)
If you like what you read, share, and show your support