A Good Step For the Future of the NLG 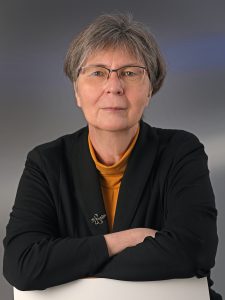 Last week, the Numismatic Literary Guild (NLG) announced the appointment of Dr. Ursula Kampmann of Lörrach, Germany, to their Board of Governors. It is an announcement that has more significance to the numismatic community than captured in a press release.

Dr. Kampmann is an accomplished numismatist with a significant international following. I “met” her through CoinsWeekly (coinsweekly.com), an English language website that reports numismatic news from all over the world. She contacted me about a post I made, and it led me to become a regular reader.

CoinsWeekly looks at the entire world of numismatics, not from a single country. There have been articles that cover special issues, the appeal of coins minted outside of the United States, and even criticizes U.S.-based numismatic news for their myopic view of collecting.

Dr. Kampmann is not so much of an outsider as one might think. Readers of CoinsWeekly will recognize that the stories understand the U.S.-based hobby but have constructive criticism based on what is happening in the rest of the world.

She can help influence the authors and writers of numismatic content to understand the hobby more broadly than the myopic U.S. view. There is a big world outside of the U.S. borders producing coins that have great appeal to many. Those of us who write about numismatics must learn to think beyond collections of discs that all look the same.

Dr. Kampmann’s appointment appears to be the first move by new Executive Director Charles Morgan, editor of CoinWeek. Morgan, who is also known for wanting the hobby to break away from the mindset of the blue and brown albums, appears to be off to a good start. There is a lot we can learn from our European counterparts. I hope the U.S.-based writers will take this opportunity to grow.