Will the World’s Fair of Money Be Canceled 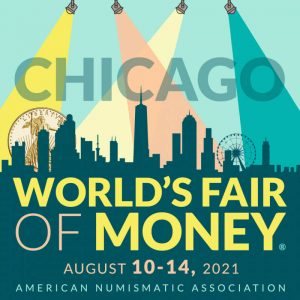 Trying to assess the short-term future of our life during this stage of the pandemic has many of us wondering when the numismatic shows will restart? Smaller shows have found ways of being held with required social distancing. A few medium-sized shows have moved to larger venues to allow for social distancing, but what about the big shows.

Organizers of the significant shows canceled their shows while the pandemic caused problems. As the vaccination rate has increased and the infection rates decreased, there is hope that life will return to normal.

In the first sign of the post-pandemic life, Florida United Numismatists continue to plan to hold Summer FUN starting on July 8 in Orlando. Florida health officials have lifted crowd restrictions that would prevent the show from happening.

It is a different situation in Rosemont, Illinois. Currently, the Stephens Convention Center, where the World’s Fair of Money is scheduled for August 10-14, remains closed. Illinois state health officials continue to restrict large gatherings throughout the state.

According to The National’s organizers, the Illinois Department of Public Health will publish their rules about large conventions on or around June 1.