The Polls Are Closed and the winner is… 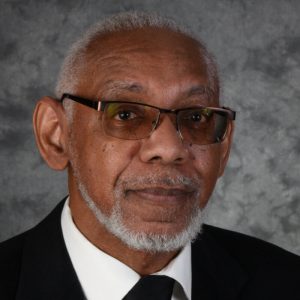 The American Numismatic Association membership has made its choice. Dr. Ralph Ross will become the next ANA President at the World’s Fair of Money in August. Joe Boling will become Vice President.

The rest of the Board of Governors will consist of:

Although this was not my choice for leadership, I will support them for their two-year term. The President, Vice President, and the Board of Governors deserve the support of the entire membership regardless of what you thought about the election.

In responding to the last election, I wrote, “The ANA is at a critical juncture in its modern history. There is a societal change happening that is affecting many hobbies and traditional institutions.” Rather than the situation getting better, it has only heightened the urgency.

The reaction to the pandemic showed that the ANA is an organization bogged down by people with old ideas and very little creativity when it comes to adapting to the changing culture. The ANA and its Board of Governors were dragged kicking and screaming into the 21st century to survive and not because they wanted growth.

At the time, the ANA looked clueless because the leadership of the Board of Governors was clueless. When they took the reigns off the people at the ANA headquarters, it was evident that they were working in the Association’s best interest despite the Board’s dysfunction. While the people at the headquarters were helping the ANA to survive while working from home, the Board seemed lost.

As I said two years ago, the status quo is no longer acceptable. Zoom is yesterday’s technology and not something to use to build a future. There are better technologies that have emerged from the pandemic that the ANA can use to expand its outreach.

In addition to the technology, the ANA must become a leader in consumer protection for the hobby. For the last year, the number of Chinese counterfeits has increased. Scammers are using new tactics to fool buyers into thinking they are getting a deal on silver coins. Rather than help the public, the ANA has been silent.

The ANA must be the organization to lead the effort against these counterfeits. They can partner with National Coin & Bullion Association (formerly ICTA) and the Professional Numismatic Guild (PNG) to create a nationwide anti-counterfeit education program. A plan can be formulated by the fall, with a national education program occurring shortly after.

President-elect Ross made his platform about education. Here is the first idea to make an educational impact for the ANA.

Fewer members and fewer voters are just one legacy of this past Board of Governors. If the ANA does not find ways to better engage with members and draw in new members, these numbers will be reduced in 2023.

If members have ideas that could help the ANA, let them know what you think. As a member, your input carries weight, and you should be able to participate. When you do write, please keep it respectful and include your membership number.

It is your ANA. Your ANA needs your input. Support the new Board and help them find their direction.

Note About the Makeup of the Board

Following the announcement, there were two persistent comments appearing in my Inbox about the demographics of the Board of Governors. I am very disturbed by the comments.

I do not subscribe to the idea that a person is not qualified for the job because of demographic characteristics. I never have. This is not because I am “woke,” but this is how I have been for as long as I can remember.

I will not respond well to a statement like, “I don’t like this person because…” and insert some ridiculous demographic reason. Let us all get along and work together to make the ANA better.