The U.S. Mint has a memory problem

This is the second article of three regarding the recent problems at the U.S. Mint. 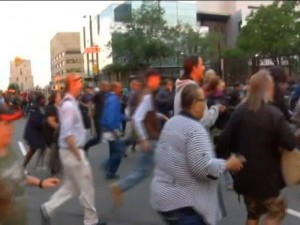 It is as if the U.S. Mint did not learn a lot since the fiasco of the 2014 Kennedy Half Dollar 50th Anniversary Gold Coin release. (Image courtesy of ABC 7 News, Denver)

During a recent conversation with representatives of the U.S. Mint, it became apparent that the bureau suffers from a lack of institutional knowledge. As a result, the U.S. Mint has not learned from its history and is making the same mistakes collectors have complained about for years.

Last month, a discussion was held with a representative of the U.S. Mint’s communications department and a manufacturing supervisor to understand better the 2021 Morgan Dollar ordering failures. When asked about lessons learned from previous sales, they admitted to working at the U.S. Mint for four years or less and could not talk about previous issues.

After asking about lessons learned from the past with responses ringing like “not on my watch,” it brought to mind the first Numismatic Forum in 2016, where the only blogger in attendance asked whether the discussions would survive changes of leadership and administrations. Rhett Jeppson was nominated to be Director of the U.S. Mint but was never confirmed. Although there were three more Numismatic Forums, it is apparent that none of the discussions survived leadership changes.

Part of the problem is with the government’s Senior Executive Service (SES) program. Members of the SES are government employees hired to senior management positions within the federal government. They undergo special training in government leadership and understand how to lead their sections through policy changes. SES employees are supposed to be non-partisan government workers. There are also limited reasons for the SES to stay with the agency to build collective knowledge.

SES members are also encouraged to change agencies every four years. Although there are exceptions, the SES program is designed not to allow executives to become too powerful within the agencies. Forcing them to move reduces the risk of potential abuse of power.

The numismatic community wants the U.S. Mint to be able to support our collecting habits. They have a unique opportunity to engage a community willing to help. If the U.S. Mint wants to demonstrate that they are, they should set up a program of numismatic advisors to help them understand what went wrong in the past and how to make it better for the future.