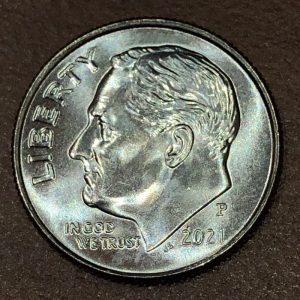 In my day job working within the collecting world, there are two hobbies whose collectors have arguments about which way is best. Comics collectors argue whose universe is better. Most of these arguments are Marvel versus DC comics, but there are interested collectors in the smaller and independent (indy) publishers. But you can go to a Comicon and find that the differences are all in fun.

U.S. numismatics collectors are different. On one side, there are the collectors of old coins. If the coin was not circulated and made of precious metals, then it is not worth collecting. They look at modern coins as “trinkets” or not worth their time. The rest of us will happily collect modern (post-1964) coins and the new issues by the U.S. Mint.

As an aside, my company sells sets of 50 State Quarters for higher prices than in 2019. Although there is an active market for this material, they sell for less than collectors paid in the 2000s.

Enough people are collecting modern material that the Treasury Inspector General has noticed the problems collectors have experienced with ordering from the U.S. Mint. Modern products are selling out as fast as they are offered, and premiums are rising 100-percent and higher on the secondary market.

For this poll, I am asking if you are collecting the coins produced by the U.S. Mint in 2021, then what are you collecting?

As always, your comments are welcome!


Are you collecting the new releases from the U.S. Mint?