Treasury Appoints a new Acting Director of the US Mint 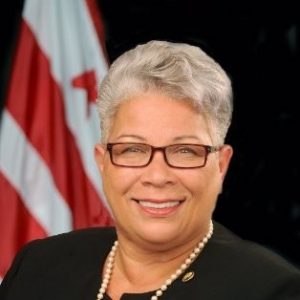 Treasury announced the appointment of Ventris Gibson as Deputy Director of the U.S. Mint. Gibson will also serve as Acting Director.

Gibson is a member of the federal government’s Senior Executive Service (SES). She is a federal employee, and the Acting Director does not require congressional approval. The law allows a person in an acting role to serve for a maximum of 180 days.

Treasury was quick to note that Gibson is the first African American person to lead the bureau. Deputy Secretary Wally Adeyemo said, “Her historic appointment reflects our ongoing commitment to building a qualified, diverse workforce at Treasury and its bureaus that will serve the American people well.”

Is Gibson really qualified for this position? The U.S. Mint is the world’s largest manufacturer of coins. The U.S. Mint reports that they have manufactured over 11.2 BILLION coins in 2021. Although Gibson has extensive government experience, she does not have any experience manufacturing or producing a product.

Does having a human resources background make Gibson qualified in collector relations? An HR professional may be able to talk with collectors, but does she understand the market? The last two directors had numismatic experience before their appointments.

Does having a human resources background make Gibson qualified to manage an e-commerce service? The numismatic media has documented the failures of the U.S. Mint’s e-commerce system. Fixing the system requires leadership and the ability to understand what the technical people are saying. As a former government contractor, I watched as SES and appointees did not properly question rosy contractor reports only to watch as the contractors could not deliver results. The U.S. Mint’s contractor has not delivered. What assurances do we have that Gibson can understand when the contractor is lying?

There is nothing wrong with human resource professionals but are they qualified to run a government manufacturer with an opinionated customer base? I guess we shall see.