What 2022 Coins are you Collecting? 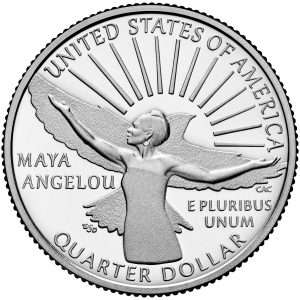 They also announced that they began to ship the first coins in the American Women Quarters Program. The first quarter honors Maya Angelou. Angelou was a writer, performer, and social activist who rose to prominence by the publishing of her autobiography I Know Why the Caged Bird Sings in 1969.

These releases are only the beginning. The U.S. Mint will be releasing four additional quarters, American Innovation Dollars, American Eagle coins, the National Purple Heart Hall of Honor Commemorative Coins, and others. Do not forget about the continuing of the Morgan and Peace Dollar programs.

With all of the new releases available, I ask…


What 2022 US Mint coins are you going to add to your collection?