ANA Board Continues to Play Games 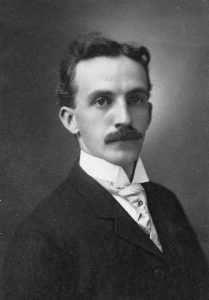 In early 2021, the Board voted to remove Faran Zerbe’s name from the award based on unproven accusations. Based on the Board’s statement, they accused Zerbe of “hucksterism and fraud” for a collectible created in 1904 for the Louisiana Purchase Expo. However, contemporary accounts do not support this accusation, and Zerbe went on to serve as head numismatist for the expositions in 1905 (Portland) and 1915 (San Francisco).

The Board also accused Zerbe of “unscrupulously obtained personal ownership of The Numismatist in 1908 from relatives of the ANA’s late founder, Dr. George F. Heath.” Their statement even said it was an “allegation” and has never provided documentation to confirm their allegations.

It is difficult to argue against creating an award for Chet Krause, and his work and dedication to the ANA and the hobby deserve an honor. But honoring Krause should NOT diminish the contribution of Zerbe, and the ANA should have created a separate award or renamed the award the Zerbe-Krause Distinguished Service Award.

Instead of joining the politically correct “woke” crowd, the ANA Board of Governors should be working on ways to expand the association’s reach and impact. There is so much the Board can do to better the ANA than play these games.