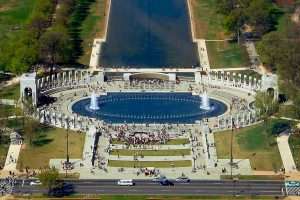 Welcome to today’s edition of Congress Did Something Non-Partisan?

Without noticeable prompting or any other reason, the Senate Banking Committee discharged the Greatest Generation Memorial Act (S. 1596) and was passed by unanimous consent by the Senate.

At the end of the sale, the Treasury will pay all surcharges ($35 per gold coin, $10 per silver dollar, and $5 per clad half-dollar) to the Friends of the National World War II Memorial to help maintain the memorial.

The Senate sent the bill to the House of Representatives, where it is being held at the desk because it was a bill not introduced by the majority party.

Sponsor: Sen. Mike Rounds (R-SD)
Introduced: May 12, 2021
Summary: This bill directs the Department of the Treasury to mint and issue up to 50,000 $5 coins, 400,000 $1 silver coins, and 750,000 half-dollar clad coins in commemoration of the National World War II Memorial in the District of Columbia. The design of the coins shall be emblematic of the memorial and the service and sacrifice of American soldiers and civilians during World War II. All surcharges received from the sale of such coins shall be paid to the Friends of the National World War II Memorial to support the National Park Service in maintaining and repairing the memorial, and for educational and commemorative programs.
Introduced in Senate — May 12, 2021
Read twice and referred to the Committee on Banking, Housing, and Urban Affairs. — May 12, 2021
Senate Committee on Banking, Housing, and Urban Affairs discharged by Unanimous Consent. — May 16, 2022
Passed Senate with an amendment by Unanimous Consent. (text of amendment in the nature of a substitute: CR S2515-2516) — May 16, 2022
Measure laid before Senate by unanimous consent. — May 16, 2022
Message on Senate action sent to the House. — May 17, 2022
This bill can be tracked at http://bit.ly/117-S1596.