Introduction of the Final Lincoln Cents 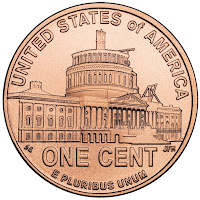 With “Real Life” delaying the completion of my proposal to Reform US Currency, I wanted to take a brief moment to talk about the November 12th launch of the last of the 2009 Lincoln Bicentennial One Cent coins honoring Abraham Lincoln’s presidency.

The reverse design is an image of the US Capitol as it appeared on March 3, 1861 when Lincoln was inaugurated for the first time. With the Civil War imminent, Lincoln was asked whether the government should stop the construction so that the money would be used for the war effort. Lincoln was ever mindful of trying to keep the promise of the union said that the dome’s completion would enforce that view—making it an appropriate design for the last of this series. The reverse was designed by Susan Gamble and sculpted Joseph Menna. 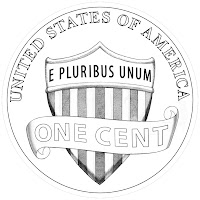 In addition to the launch of the final 2009 reverse design, the design for the 2010 Lincoln Cent was introduced. The reverse of next year’s coin features a Union shield. In the context of symbolism, the union shield is an emblem symbolizing a national union fitting of the theme calling for the reverse to be “emblematic of President Lincoln’s preservation of the United States of America as a single and united country” as required by Public Law 109-145. Although this is not the first time a union shield has been depicted on US coinage, this is an interesting choice that I will discuss in the future. However, given the history of the Lincoln Cent, this will be the design for the next 50 years!

If you missed the launch, you can see some of the ceremony, the crowd, the designs, and part of the exchange in the following B-Roll video from the US Mint: