A Token of Brexit 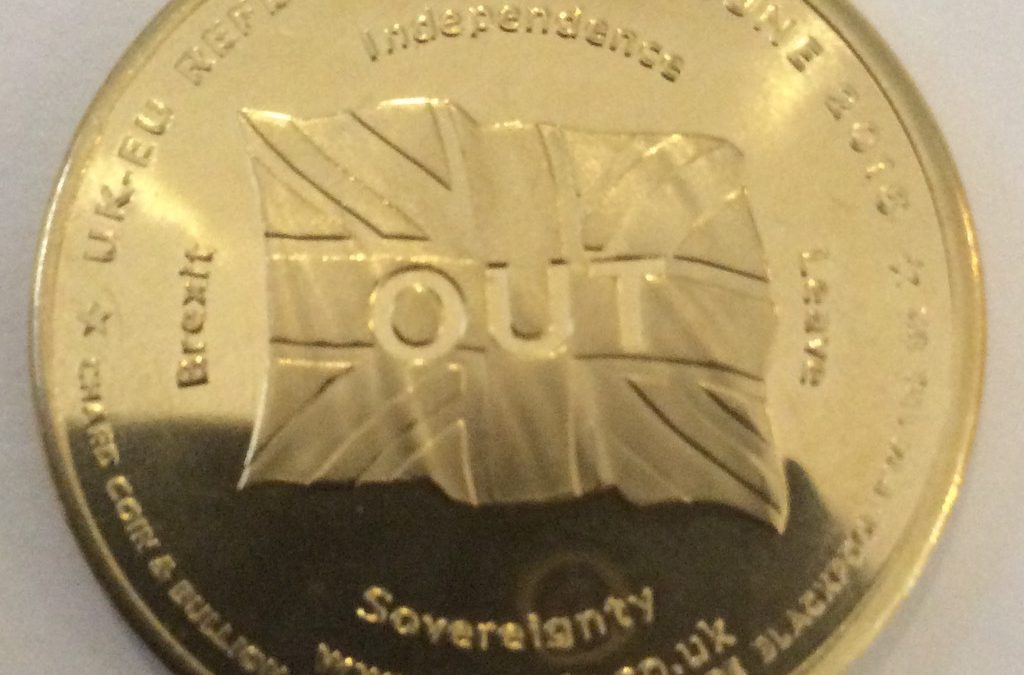 A few weeks ago I wrote about the potential effects of Brexit on markets should the Brits vote to leave the European Union. When the OUT vote won by a slim margin, there was an instant worldwide reaction. In the subsequent weeks, we have seen world markets react to everything. After an initial fall in markets because of Brexit they have recovered only to be sent back into uncertainty with world events.

When I wrote about Brexit, I also mentioned the “In/Out UK EU Referendum Medallion” produced by Chard(1964), a British metals dealer. After the post, the folks at Chard saw a small bump in sales from collectors the United States from a few of my readers. I was not paid to mention the medal. I just found the information online and thought it was an interesting idea. Shortly before the vote, someone at Chard contacted me and offered to send me some medals.

After a swim across the pond, the medals arrived in my physical mail last weekend. Even though I thought Brexit was a bad idea, the medals are still very cool. Design is the same on both medals. One is copper and the other is Abyssinian Gold, a type of brass made of 90-percent copper and 10-percent zinc that has a gold-like color. Medals are 31mm in diameter and weighs 14 grams making it a nice sized coin for flipping. 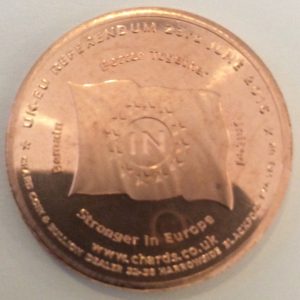 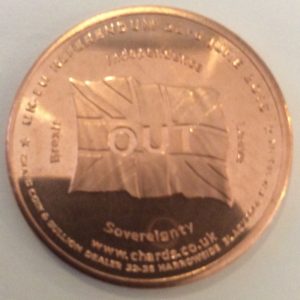 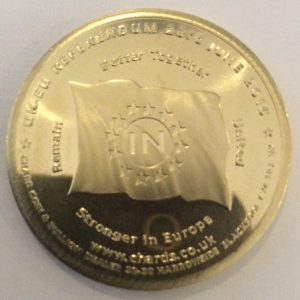 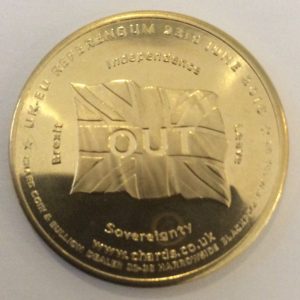 Chard sent two sets of the medals. I will keep one set and donate the other to my coin club’s annual auction whose proceeds will benefit the Scouts and other numismatic-related education in our region.

It appears that these medals can still be purchased for £2.95 each ($4.33 at the current exchange rate) plus shipping (estimated at £6.00 or $8.80) directly from Chard’s website. I am not making money from this endorsement. I just think it’s a fun collectible!