My desk is nowhere near being clean and organized as I would like it to be. Tonight, I lifted a stack of papers looking for something and found my Long Island Railroad Sequicentenial bronze medal. 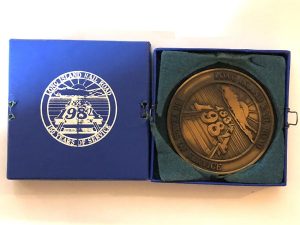 The Long Island Railroad (LIRR) is the largest commuter railroad in the United States. The LIRR runs the length of Long Island to bring commuters into New York City in the morning and home in the afternoon. The LIRR is part of everyone’s life in Nassau or Suffolk Counties, even if you are not a commuter.

When the LIRR was chartered on April 24, 1834, its mission was to provide rail service between New York City and Boston. The service used a ferry connection between Greenport on Long Island’s North Fork and Stonington, Connecticut. Weather and other issues forced that route to stop operating in 1849, but overland routes continued.

The Pennsylvania Railroad purchased the Long Island Railroad in 1900. They broke up the service that went north to Boston and the Long Island segments. The northern service is now part of Metro-North, the third-largest commuter railroad. The LIRR remained as a service to Long Island for both commuter and freight rail.

After World War II, the new middle class began to purchase more cars, causing a decline in ridership. In the early 1950s, New York State began to subsidize commuter rail services around New York City. By 1965, the state purchased the LIRR from the Pennsylvania Railroad to create the Metropolitan Commuter Transportation Authority (MCTA). A short time later, the state bought Metro-North from the New York Central Railroad, who previously purchased it from the Pennsylvania Railroad. When the state completed the purchase of the three remaining subway lines, the agency was renamed the Metropolitan Transportation Authority (MTA).

Today, the MTA is responsible for the New York City Transit Authority (subway and busses), the bridges and tunnels in New York City, the LIRR, Metro-North, and a cross-jurisdiction police department run under state authority. The MTA partners with New Jersey Transit for the parts of their service that run in New York. New Jersey Transit is the second-largest commuter rail service.

The Medallic Arts Company designed and struck a 64mm (2.5 inches) 5mm thick bronze medal for the LIRR. The obverse depicts the logo the LIRR used to celebrate the sesquicentennial. The reverse uses a logo found on stock certificates from the mid 19th century. It may not have been the original logo, but it was the oldest found.

The surface of the medal has an antiqued finished and appears to have a shellac coating. 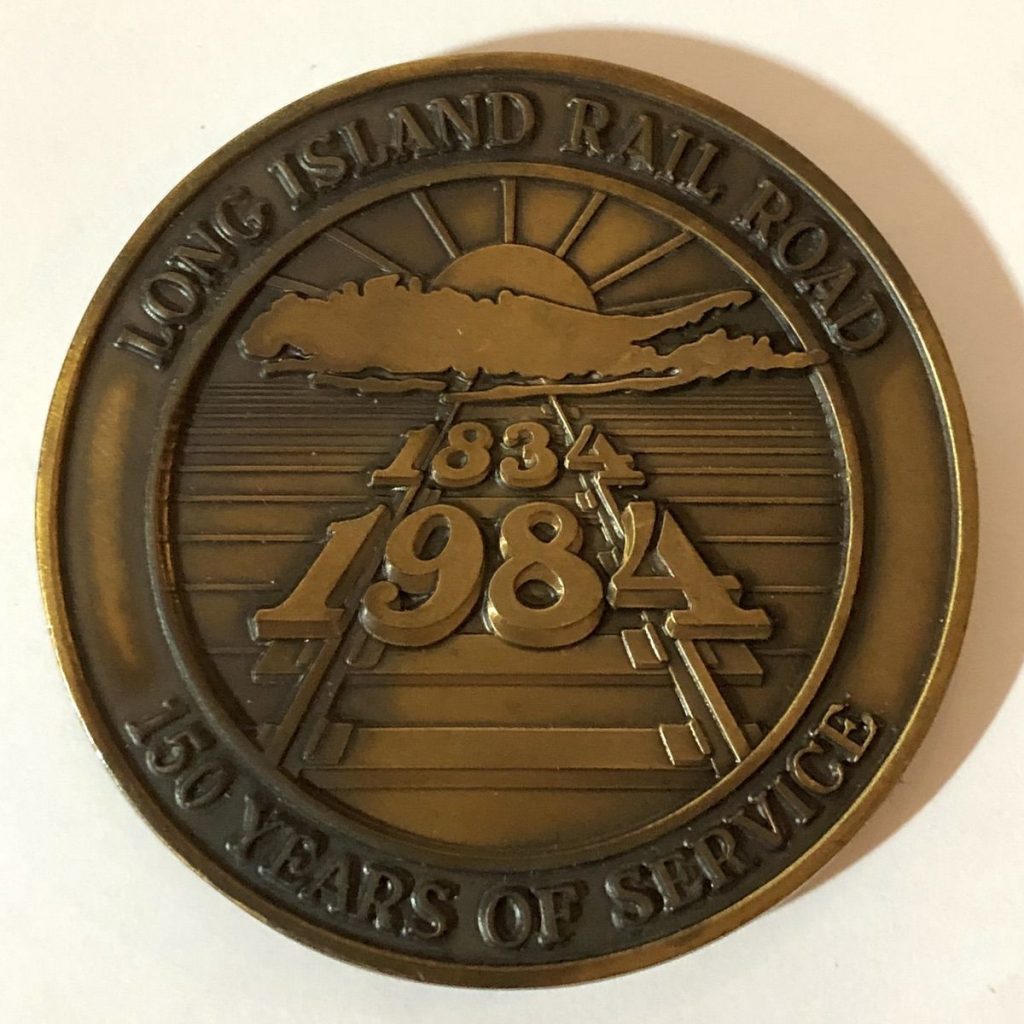 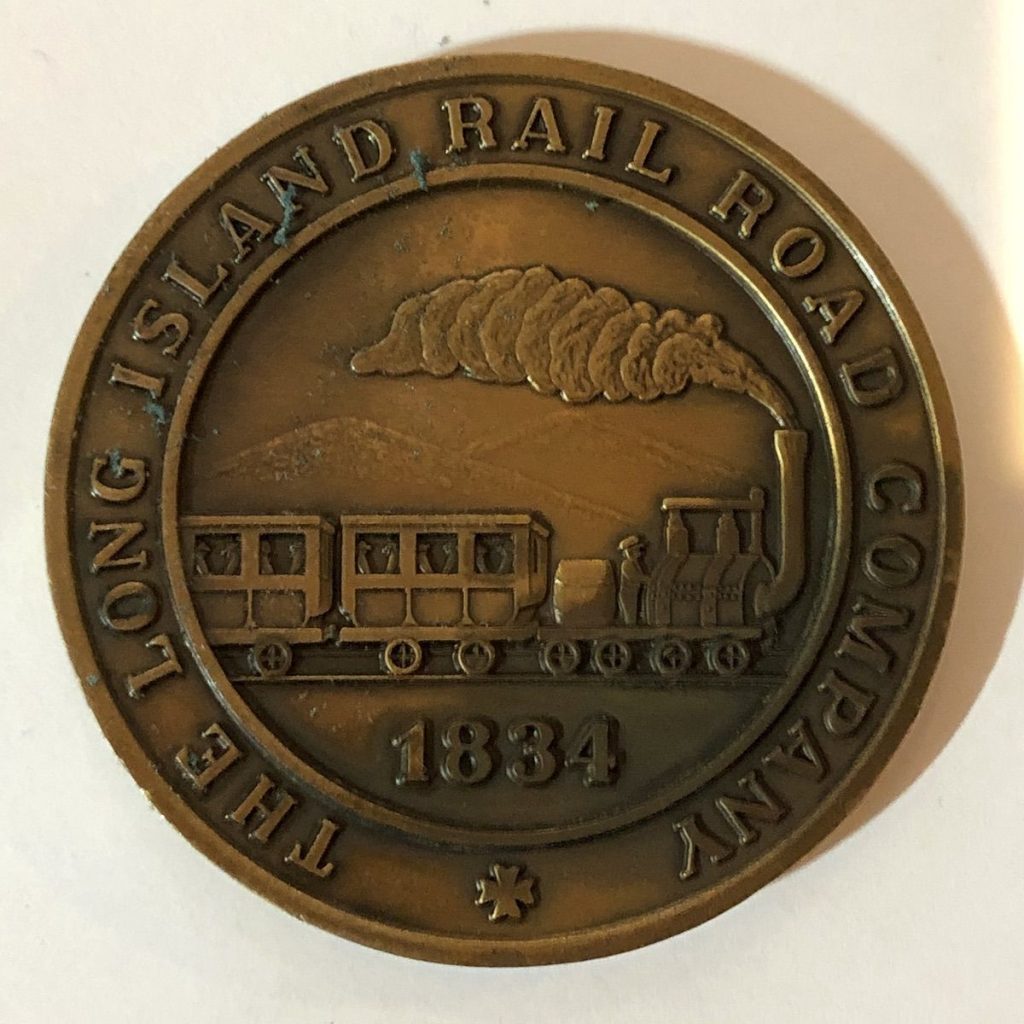 Senior executives received the medals as a bonus, and many were given to VIPs. Employees could purchase medals from the LIRR Public Affairs office in Jamaica Station for $8 per medal. To purchase the medals, employees had to provide their “IBM Numbers” at the purchase time.

For those not old enough to remember, “IBM Numbers” were early employee identification numbers. The name came from the number a computer, the company’s IBM mainframe, and assigned to the employee. Companies that used the system would use a punchcard system to identify employees.

The medal is not common but not scarce. Several years ago, an inquiry to the LIRR about the medals amused their public relations department. Aside from not having records that old, nobody in the office worked for the LIRR when the medals were issued.