As I have been searching for hometown numismatics, I have been coming across merchant tokens that advertises deed to land for what seems to be a low price. All of the tokens have a Manhattan address, and all say that the business is open until 9 P.M. 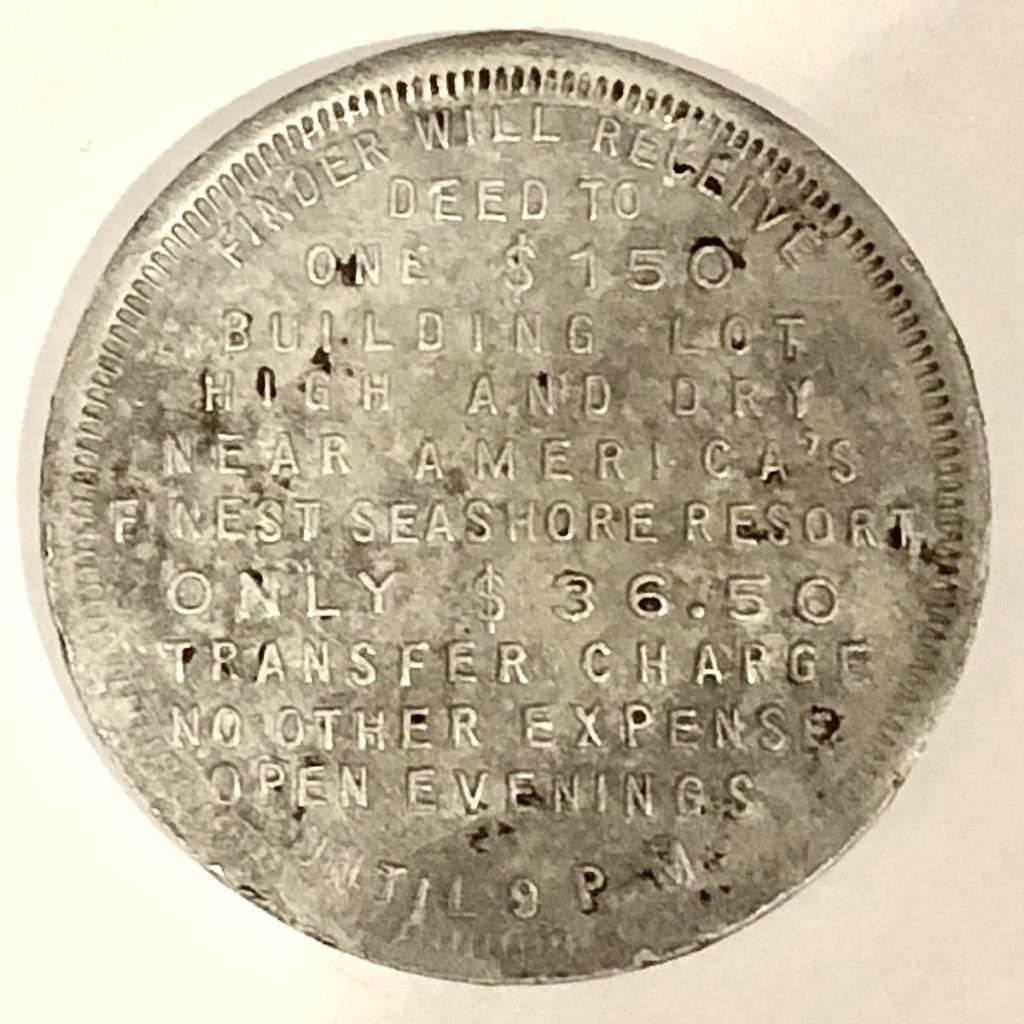 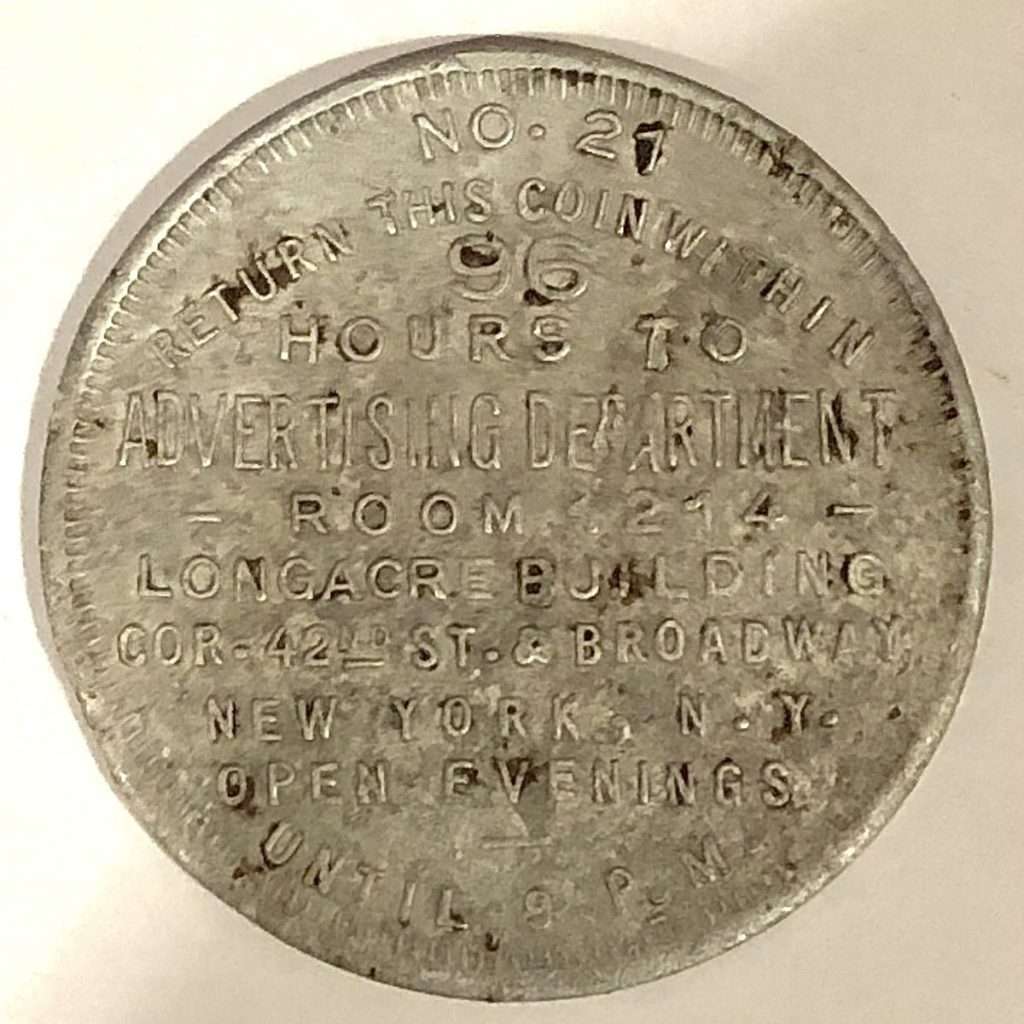 None of the tokens have dates, but all have the same address. One side of the token describes what is being offered:

The reverse says that the token has to be returned within 96 hours to the Advertising Department, Room 1274, in the Longacre Building at the corner of 42nd Street and Broadway.

According to public data available online, the Longacre Building was a 12-floor building in Times Square that opened in 1912. Before 1904, Times Square was known as Longacre Square, and the area was renamed when the New York Times opened its headquarters on the property of the old Pabst Hotel.

Some websites documenting old New York City buildings identify the same address as the Longacre Hotel from 1917 through 1932. It is possible that the building was turned into an inexpensive hotel, and the advertiser rented a room at the hotel.

Documentation suggests that the city demolished the building during the Great Depression using New Deal funding.

As I was looking for answers, a friend that is a professor in one of the city’s many colleges speculates that a Florida government issued the token. Early in the 20th century, Florida governments came to New York to entice New Yorkers to move to areas north of Miami or purchase land for second homes.

The condition of the sale or deed transfers is not known.

Many of New York City’s historical records are held at the main New York Public Library, not far from the Longacre Building once stood. Some day, I will go to the library to research the old records to find the story behind these tokens. Maybe it is an excellent excuse to go home in time for NYINC.