Animal Coins for the Young Collector

The future of the hobby we love are in our children. There has to be a way to get children interested in collecting coins beyond looking at the sameness of circulating series. We have seen that the 50 State Quarters program has had a postitive impact on the hobby. There has even been intrest in the Presidential Dollar program and the educational aspect with learning about each president. 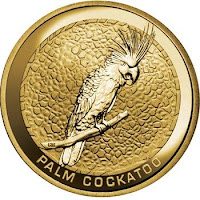 The program is a 12 coin series of $1 non-circulating legal tender coins with four coins in each of three categories of animals that live in the air, on land, and in the sea. To appeal to the young collector, The Perth Mint offers the coins on individual cards or together with an album and two different sets. The complete set includes all 12 coins, a complete album with themed games, stickers, and a medal of “Gordy the Gekko,” a mascot of The Perth Mint.

There is even a companion website that also has games for the young, or young at heart. There is a contest, but I am not sure it is something those of us who live outside of Australia can participate with. But I had fun with the word search game.

With the current exchange rate, the cost for the complete set is just under $47.00. It sounds like a good gift for the young numismatist. With the Whitman Baltimore Show coming this weekend, I will see if a dealer has a set I can buy for my niece who really likes animals. She will like it!

Image courtesy of The Perth Mint.

Over the weekend I went south Florida for a family function. In Florida, I saw my teenage nephews. Last year, I gave my older nephew various coins and coin sets to commemorate his birthday and reaching 13. I did the same for my other nephew this year. These gifts include Mint sets from the year they were born, a package that included the last Susan B. Anthony Dollar and the first Sacagawea Dollar as being the first coin change in their life time, and other coins. For this year, I found a folder of coins with the pre-Euro coins that my nephew found interesting.

Giving coins as a gift has inspired my older nephew into building a collection. While both do collect 50 State Quarters in a map folder I had given them, my older nephew seems to have gravitated to American Silver Eagle Proof coins and colorized State Quarters. I do not understand why he likes the colored quarters, but that is his choice. He has a lot of questions that are not focused, so I will need to work with him to get him to better focus his understanding.

My older nephew is more intense than his younger sibling. He is more concerned with the worth and value of the coins than the history. I gave him a copy of Coinage magazine that I finished reading and the first section he looked at were the yellow price guide section! For this year’s birthday, he was given junior memberships to the ANA and FUN. My younger nephew was last seen staring at the Mint set and pre-Euro coins admiring their beauty. I will have to sit with each to figure out their numismatic interests in more detail.

It is fun talking with them, answering their many questions, and encouraging their interest in numismatics. While talking, I was told that they will be in New York in two weeks. So I offered to take them to the Philadelphia Branch Mint for the public tour if my work schedule permits. They would take the train to Philadelphia where I will pick them up at the station. They are hoping my work schedule will allow me to do this. They are also scheming to figure out how much money they can bring to buy souvenirs.

All it takes is a gift of coins to convert someone into a young numismatist. Give it a try and watch the hobby grow!