Bibiana Boerio Nominated as Director of the U.S. Mint 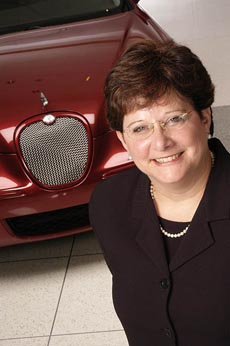 Bibiana Boerio as Managing Director of Jaguar, was appointed by President Obama to be the Director of the U.S. Mint.

The White House announced on September 20, 2012, that President Obama is nominating Bibiana Boerio of Pennsylvania to be the 39th Director of the U.S. Mint.

For the 31 years prior to her entry into politics, Boerio worked for Ford in corporate finance where she became the Chief Financial Officer of Ford Motor Credit in 2000. In 2004, Boerio was named Managing Director of Jaguar Cars Ltd., then a subsidiary of Ford.

Boerio, who is a native of Latrobe, Pennsylvania, earned a Bachelor of Science from Seton Hall University and an Master of Business Administration from the University of Pittsburgh.

Boerio succeeds Edmund Moy who resigned in January 2011. Since Moy’s departure, Deputy Director Richard Peterson has been capably running the world’s largest coin manufacturing agency. If Boerio is confirmed, Peterson will return to being the full time Deputy Director.

Moy announced his resignation in December 2010 and left in early January 2011. For 21 months the U.S. Mint has been without a permanent director. With a little more than a month to go until the election and the results in doubt, it is curious as to why this appointment was made now. It is doubtful the Senate will take up this nomination before adjourning next week to allow members to return to their states to campaign.

Image courtesy of the Pittsburgh Post-Gazette