Debunking the Bunkum for a Buck 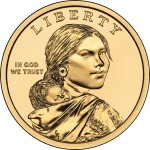 There has been a lot of misinformation by the media about what was said during the hearing before the House Financial Services subcommittee on Domestic Monetary Policy and Technology on November 29. It is difficult to believe that these alleged journalists had investigated anything beyond their keyboards making simple online searches.

Let’s look at the drivel about eliminating the dollar coins:

Replacing the dollar bill with a coin will not save money.

A summary of these arguments could be read on the Wonk Blog at The Washington Post. As I read the argument against, there is a lot of phrases with qualifiers like “if” and “may” that does not provide a solid feeling of deep analysis.

The bottom line is that for every dollar coin the U.S. Mint strikes, the government collects 72½ cents per coin. On the other hand, the Bureau of Engraving and Printing prints each note for around 8 cents per note but does not charge the Federal Reserve $1 for each note. By cost, the U.S. government makes more on seigniorage for the coin than the currency.

Converting to coins from the paper currency will cost the Fed more to purchase the dollar coin over printing currency. However, the Fed is not a government agency and does not use taxpayer money for its operations. It uses money earned off of its banking operations and turns over a percentage of its profits to the United States Treasury. While this will lower the amount of profit, it will be made up by the additional seigniorage.

People have not forgotten the Susan B. Anthony dollar coin… failed to wean Americans from the dollar bill because it looked too much like a quarter.

When I read this in an editorial from my hometown The New York Times, I scratched my head and wondered what happened to The Old Grey Lady. What used to be a forward thinking newspaper sounds like the elderly neighbor chewing his gums yelling at you to “get off my lawn.” What The Times forgot is that following the problems the design of the Susie B’s caused, congress authorized changes to prevent those issues from reoccurring by changing the coin’s color and using a smooth edge rather than a reeded edge.

I challenge The Times editorial board to handle a quarter and a post-2000 dollar while reconsidering their misguided editorial.

A story in Bloomberg points out the savings may be limited because of the reduced number of dollar notes being produced. The writer credits the increased use of credit cards as a reason. However, reports show that consumer credit card debt has gone down every month since October 2008 until the first rise in October 2012.

The record shows that Americans have used their credit cards less and the use of cash has increased until these last few months while the Bureau of Economic Analysis reports wages have increased modestly during the slow recovery. In other words, the Bloomberg report does not hold up against facts.

It will not save the government money because it is a transfer costs.

Once again, some “analyst” at National Public Radio over thinks the issue with wrong data. NPR’s Jacob Goldstein writes that it is not a cost savings to the government because of shift from the production by the Bureau of Engraving and Printing to the U.S. Mint. However, his conclusion is based on the assumption that the seigniorage is the same for printing the note as it is for striking the coin. It is not, as we discussed earlier.

A better way to save money is by eliminating 1-cent coins entirely.

An interesting thing happens when the government tries to tackle an issue is that you get alleged pundits like Mike Rosen making irrelevant arguments based on an tangential premiss. The reason why Rosen’s writing is inconsequential is that the discussion is replacing one form of a dollar for another not eliminating a denomination. If the time comes to discuss the elimination of a denomination, then we can learn from the 1856 discussion that lead to the elimination of the half-cent. Otherwise, trying to justify eliminating a denomination using the discussion to replace the representation of another is an exercise in twisted logic.

That fancy money clip you inherited from your grandfather would be useless.

From Boston, Jon Keller writes that it is not culturally possible to change from notes to coins. Keller is indicative of alleged analysts who are thinking with their head up the past and not providing anything but his emotional reasoning for not making the change.

This goes along with the arguments that Americans do not want to change that will put more change in their pocket. These people say that Americans do not want the coin and will resist this move. But if you look at reality, Americans are all about change. In the last 50 years we gave up our silver coinage, went from muscle cars to more fuel efficient cars, brought in and (thankfully) dumped disco, changed the Lincoln cent from copper to copper-plated zinc, handled the end of the Cold War while ushering in the era of terrorism, and adapted to life post 9/11/01. There have been floods, droughts, hurricanes, tornadoes, mega-storms, and earthquakes that has show the resiliency of the American people. To ask Americans to adapt to using coins instead of notes is a pittance compared to everything else.

Take away our dollar bills, and our assault rifles will be next.

I do not believe in conspiracy theories but there some who are not afraid to spout this insolence. It is an argument based on false equivalency based on being unaware of the legal mechanisms of how the government works.

If anyone has a real reason based on documented fact to support saving the paper dollar for the coin, I welcome their argument below.