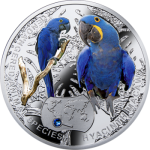 The Vernal Equinox is the exact moment when the sun is directly over the equator. In the northern hemisphere, it is sometime called the Spring Equinox since it marks the beginning of the spring season. For the southern hemisphere, it is the first day of autumn. This means that summer fun is over in Australia, South America, and Africa.

For those of us in the United States, this has been a brutal winter. Whether you have been buried in snow, had to endure droughts that have not been seen in over 100 years, or record cold temperatures, there are many who would like to forget this past winter. Then there are people like me who would like to see their snow measured in feet and not inches!

Whatever your feelings are regarding the Vernal Equinox, it officially occurred at 4:57 PM UTC (or 12:57 PM on the United States east coast). Maybe you can try the semi-annual tradition of balancing an egg on its end. Good luck!